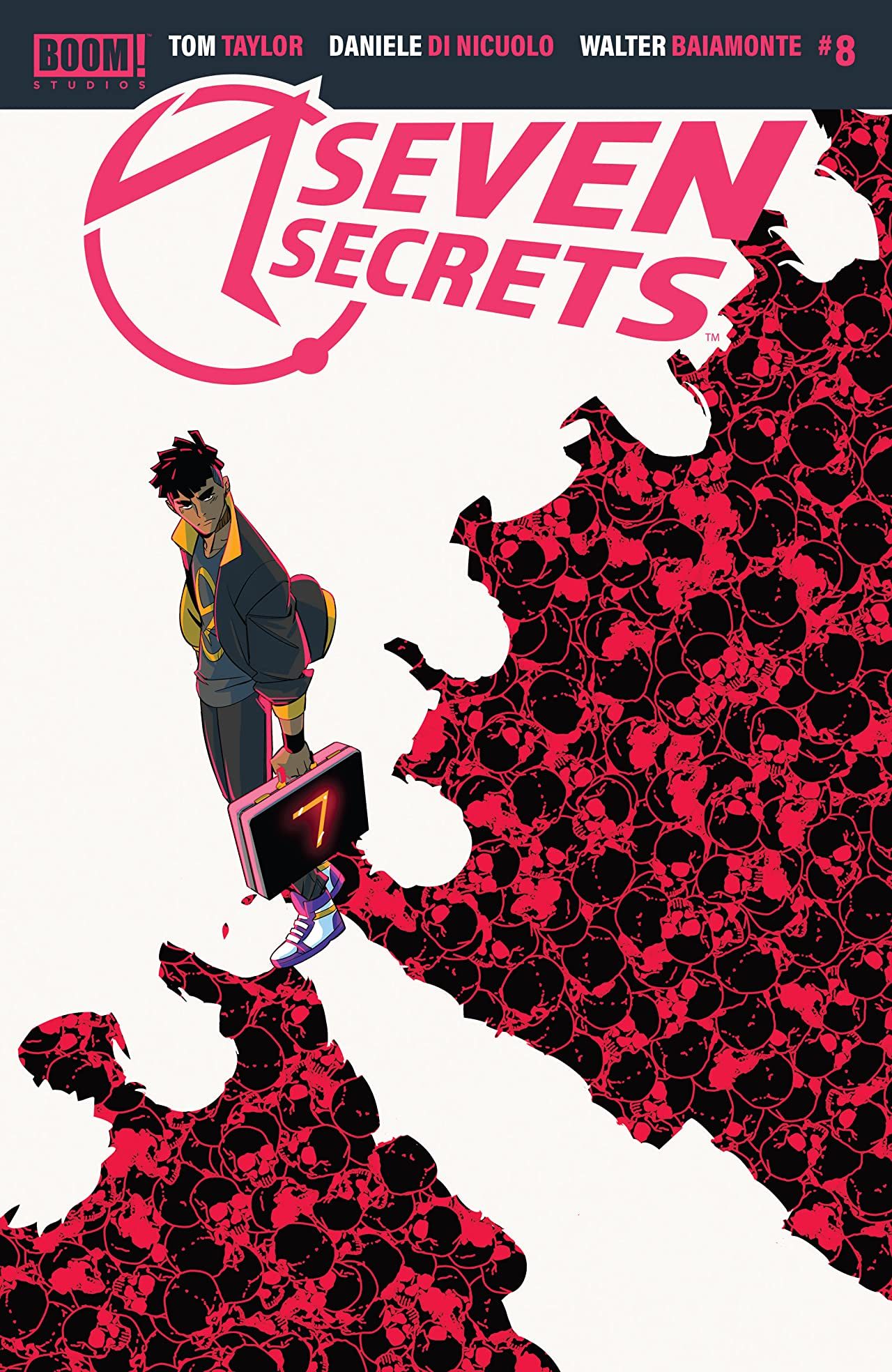 After the seventh issue interlude that opened up the series in drastically new dimensions, Taylor and Di Nicuolo have returned back to Earth proper and are showing us in more explicit terms what the stakes actually are for Casper and the rest of the Holders. Throughout the entire run, there was always an understanding that the secrets were potent enough to tilt the world’s balance one way or another, but for the first time, we see what exactly happens when the wrong hands open one of the briefcases in Seven Secrets #8.

Taylor and Di Nicuolo are aficionados at showing and not telling, and Seven Secrets #8 masterfully demonstrates these principles in several ways. Seeing what the first briefcase does, while still not having a clear grasp on the exact mechanism makes for thrilling tension because it doesn’t matter in the slightest how the briefcase wrecks havoc, only insofar that it does and that there are two groups in diametric opposition to one another. Taylor knows the precise amount of exposition that Casper has to keep us, the reader, informed but still in the dark about the epic world building, and he knows when to let Di Nicuolo’s brilliant artwork stunt.

Di Nicuolo can do all sorts of landscapes, manage a staggering cast of characters, and make breathtaking images that capture the desperation and resolve of the individual in play. Taylor has given Di Nicuolo a large sandbox, and he revels in the opportunity to flex his ability to do the intricate detail work necessary for the story. And then you layer on incredible colors from Baiamonte and Ranalli that make everything pop and efficient lettering from Dukeshire, it’s a near-perfect comic.

The second arc of Seven Secrets is only stepping on the gas further. This is one of the coolest, engaging, original sequential pieces of storytelling out there, and you should be doing yourself the favor of reading this ongoing. Taylor and Di Nicuolo are generating absolutely spectacular content that I can’t recommend enough with Seven Secrets #8.