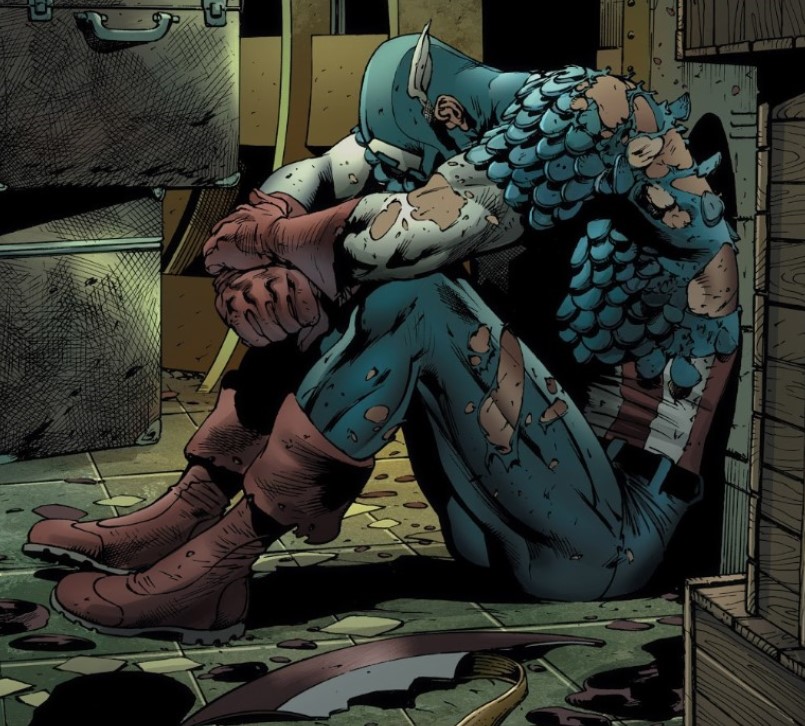 How are our favorite heroes handling 2020? It’s kicking all our asses, but what about them? Back when the country first went on lockdown, I wrote about superheroes in this new age of social distancing. It detailed which heroes were cool with being stuck at home, which ones were absolutely miserable, and which ones had the powers and agency that allowed them to help out in this global pandemic.

It was a fun exercise that allowed me to tap into the minds of some of the world’s most famous comic characters as I tried to figure out how they would navigate this unprecedented time.

The year 2020 hasn’t gotten any better, so I decided it was time to revisit this idea. Since I wrote the last article in March, the pandemic has worsened in the United States, we’ve had constant civil unrest from cops killing and harrassing Black people, hurricanes, the threat of tampering with the election, and an abysmal fire season.

Now let’s check in on our heroes.

Deadpool is out in the streets. Don’t get me wrong. He was doing his part and social distancing in the beginning of the pandemic. But since stay at home orders have started to relax, and more and more idiots are out and about showing their true colors, Deadpool decided to do something about it. He started going out and recording and clowning on people that have been throwing fits about wearing a mask in public. You know, the people trashing stores and assaulting others because it’s mandatory that you wear a mask in most establishments. He’s called the merc with a mouth for a reason. DP is absolutely roasting people. It’s obviously a little sad and ridiculous that some people are making such a big deal about wearing masks, but at least we’ve got something to laugh at every time Deadpool posts a new video.

Back in June when the people of the world collectively gathered to oppose systemic racism, Superman, Batman, and Wonder Woman had a senior staff meeting at the Watchtower to discuss opening up their roster to give a Black hero a permanent spot on the team. They called up their friend and colleague John Stewart, who kindly declined their offer, stating in polite terms that he can be more effective on his own than as a part of the League, citing a few times that he felt undervalued and underappreciated over the years.

They then called up Vixen, who knew exactly what they were doing. She told them that they hadn’t reached out for her help in years. There’s been a handful of multiverse spanning crises and not one call. But now? Nah. She hung up in the middle of Wonder Woman’s long winded speech about how as a Black woman, Vixen would give the League a unique perspective in these times.

After that they called Cyborg. He’s been a part of the team in recent years. But he shared a similar sentiment with the Justice League. Instead of talking over the phone, he Boom Tubed into the Watchtower to speak with them directly. Out of everyone that they talked to, he kept it real with them. He told them that joining the Justice League at such a young age, after the trauma of losing his body, his future, and his father, was an opportunity to help him heal and help others like him from the dangers of the world.

But he soon learned that the Justice League had no support system. He felt like a tool being used at their expense. A tool that was rarely even used. At first, he thought it was because he was young and inexperienced. But so was Batman when he was just getting started. And so was Superman. And they didn’t have a team of superheroes they could reach out to. He did, and still didn’t get what he needed, so a permanent role on the roster wouldn’t mean much for him at this point.

When he finished, Cyborg Boom Tubed back to Titans Tower, leaving the Trinity to contemplate what exactly their motives are right now.

When Cyborg got back to Titans Tower, Beast Boy asked him what African American English Vernacular (AAVE) was and if Cyborg thought that he used it. He said a lot of people were bringing up some of his tweets as evidence and commenting on some of his posts and calling him a racist. #BeastBoyIsOverParty is the number one trending topic on Twitter right now and he doesn’t know what to do.

Cyborg, exhausted and sick of being the point of reference for everything Black in his superhero circle, advised Beast Boy to use another technological tool with a well of information named Google, and educate himself.

Storm has been out of sight and out of mind. She’s ignored all of Professor Xavier’s mental voicemails about drafting a message in solidarity on behalf of the X-Men and the School for Gifted Youngsters for their social media accounts. She hasn’t even answered the calls about the abundance of hurricanes and fires, both of which her power set can help. But why is it a Black women’s job to fix everything? Thor also has weather manipulating powers. And he’s a literal God. Are they calling him for help too?

Scarlet Witch has been under hot water lately because people feel like she could be doing a lot more to help out the situation. I mean, can you blame them? She got rid of the entire mutant population by saying three words once. She has literal reality altering powers, yet the pandemic gets worse every day. If she wanted to, she could manifest a vaccine in the blink of an eye, or even make it so none of this ever happened. But the last time anyone ever heard from her was that stupid black and white video the Avengers put out where they sang “What a Wonderful World” in various off-key voices. You hate to see it.

Cap is not okay. He is torn between his old American ideals and the obvious problems present within the country today. And he’s determined to create some middle ground. He’s been out in the streets protesting that Black Lives Matter, but he’s also led marches holding hands with police. This has garnered a lot of friction online within his fanbase, causing him to tweet more because he feels like he can use his platform as a literal American flag to build some bridges.

The other day he responded to someone who tweeted “Defund the Police” by saying that “Not all cops are bad, there are just some bad apples.” Someone quote tweeted his response with a picture of Cap and the Punisher, smiling and posing with a cop wearing the Punisher insignia on his vest and said, “This you?”

Cap deleted all his social media and has not been available for comment.

So, it turns out that the superheroes are taking this all in stride just how we are. Some are checked out. Some are taking a day at a time, and some should stay off of the internet. But I think they’d all agree, especially as superheroes, that if you’re going to leave the house, you need to wear a mask.

Do it before Deadpool catches you and roasts you.