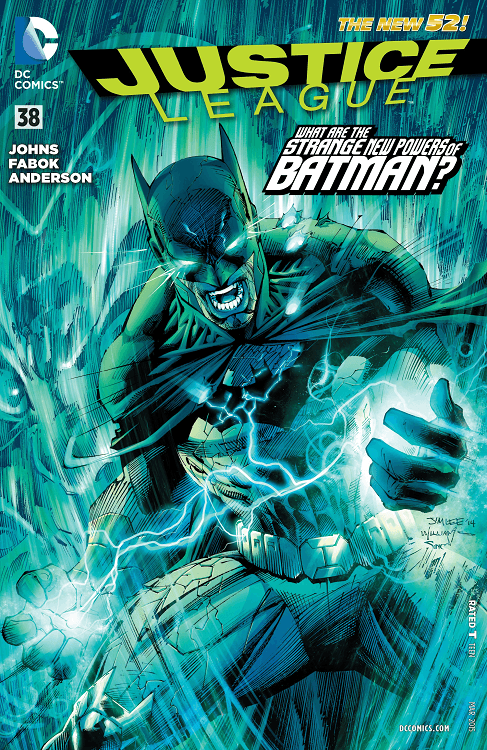 The Amazo Virus story line has been a breath of fresh air for the Justice League book with it’s new Lex Luthor centric focus. This particular conflict feels most satisfying for Luthor to be at the middle of, having unintentionally released a deadly virus upon the world and trying to be the hero in earnest, but still operate in deception and secrets. Of course, what takes center focus this issue is Batman being infected from the previous issue and how the virus manifests in this story. So how do we feel about Batman having powers? It’s cool and foreign and weird to see Batman with a meta-human power set, but that’s exactly why I’m sure there’s an appeal to it. Of course, this is all temporary, but it was still fascinating to see.

And smartly, Batman is the right person to be infected to give some more exposition on what the virus actually does compared to what Lex has been telling everyone it does. It seems more complex than originally thought and also we learn that it’s purpose was a little different then what Lex stated as well.

As usual, Jason Fabok works well in penciling the League members. The action is clean, the faces are done extremely well (he still might draw my favorite version of Diana currently). Maybe it’s just been this storyline, but I like the dreary and dark tone of this Justice League book. It all feels very end of days.

Some more revelations on what the Amazo Virus actually is and does with some scary stuff on the horizon for the (uninfected) Justice League members. I hope it doesn’t turn too much into a “Blackest Night” scenario (as brilliant as that was), but it should be interesting to see how the league is handled in its current state.