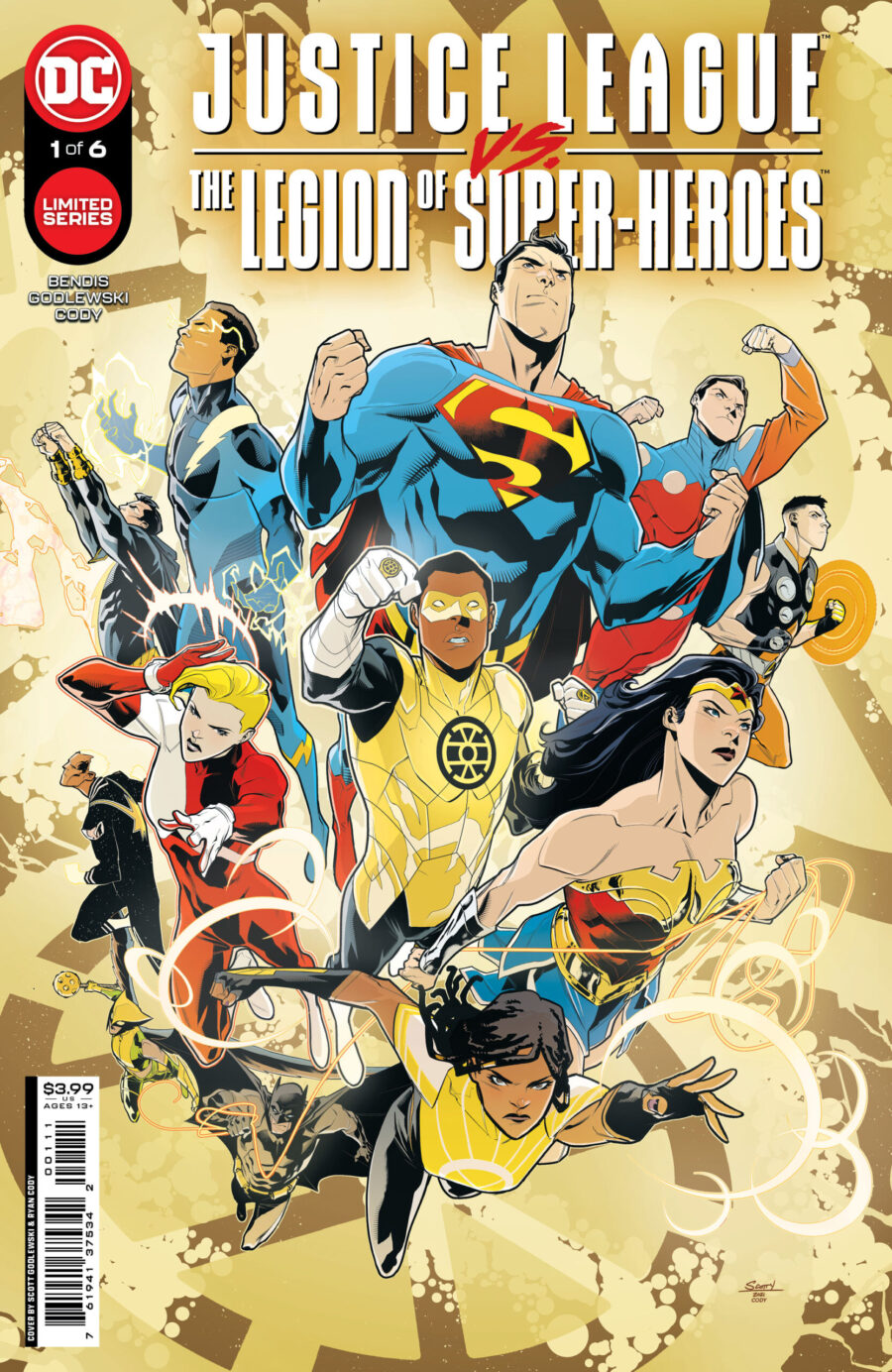 The main problem at this point is that neither the Justice League or the Legion of Superheroes know exactly what’s going on yet.

This first six-issue run did a lot of work setting up the characters and the stakes of the series. But it really only had enough time to give us the inciting incident, which is one-third of Triplicate Girl getting thrust into the past during an event in the 31st century. This is what brings everyone together. From this point forward, they begin to pull the thread of mystery in an effort to figure out what is going on, and why.

It’s About to be a Party on a Page

Bendis is no stranger to books with a lot of characters. He’s written both Justice League, and Legion of Superheroes respectively, and those books both have at least 7 main characters each. It seems like a really daunting task to then throw them all in one book together, even if he knows the characters well. There’s just only so much usable room, and space available to service the characters and the plot. Somehow, he pulls it off.

It’s hard to have a main character when a book of this magnitude comes out. Though it seems like they’re going to be spending a lot of time with Gold Lantern. In this first issue, everybody – Justice League and Legion of Superheroes – got a seat at the table so to speak.

It can be a little disorienting as a reader to navigate the beautifully laid out double splash pages with heaps of characters. Sharpe does a really good job differentiating everyone’s words with different lettering and bubbles. In a scene that you could easily get lost in, he really makes sure you stay the course.