Netflix, Y’all Can Finish, But ‘Killing Eve’ Is The Show You Should Be Binging

You know how BBC America promotion be for us actually in America. You see some marketing for the show for the first time maybe about three weeks before it airs. Then, you hear the chatter about it from the BBC America faithful about how good the show is once the season is almost done.

What I remember hearing most about Killing Eve before watching it myself was that it was refreshing, because it was a cat and mouse drama with two women leads. That’s about half right. What makes Killing Eve stand out is what they do with those two women leads and seeing how they navigate the world. This isn’t a role reversal type of show. The killer isn’t woman only in aesthetic and without any feminine sensibilities. It is a world where men exists, but their agency and motivations matter little. It’s a world where women are not only the danger, but foil, sometimes to each other. Making it one of the most unique shows on TV and a must watch. 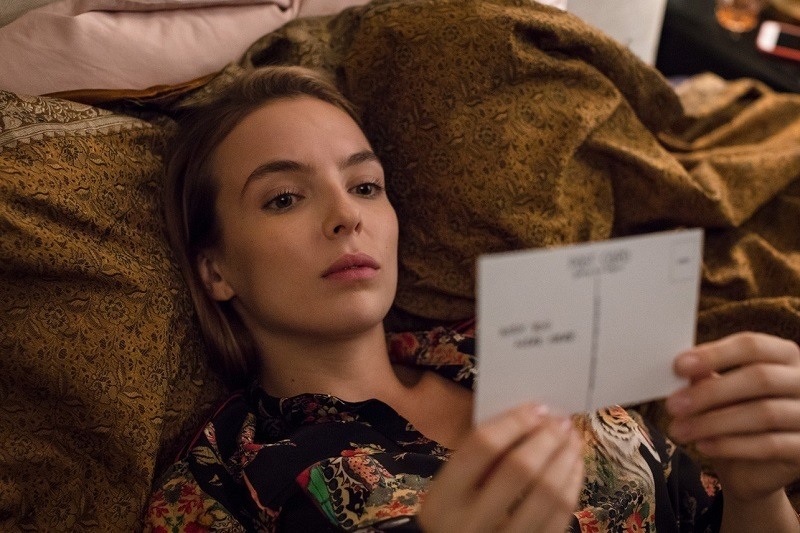 Based on the international acclaimed Villanelle Novels, Killing Eve bounces between, often kinetically and in narrative, Eve Polastri, a MI-5 agent operating in London and Villanelle, an outright psychopath for hire. Villanelle, which is a code name mostly deposited upon her due to her choice of perfume, is better at killing people than just about anybody else that is at anything. Our introduction to her, and the show at large, begins with her eating ice cream and making smiley faces at a little girl in the eatery before she knocks over the girl’s ice cream into her lap on the way out the door. That’s probably the most civil thing she does all season.

Her counter, Eve, is a brilliant, if not obsessed and detached, officer of the law. She loves to observe women killers more than she loves everything else, despite her very committed job or husband that is crazy about her. While it’s an obvious collision course for the two, their interaction defies convention and sets it apart from your average square off from opposite sides of the law.

What is instantly appreciated is that while Villanelle is a super assassin, Eve is not a super cop. Not in any physical sense at least. She isn’t tackling bad guys and gals. She’s not a deadshot from fifty feet. She’s just a geeky and secretly dark obsessive with intuition and an iron will. And messy. Lest, I forget messy as hell. Eve’s fixation on women killers, and ultimately on Villanelle, often leads her to neglect her loved ones and co-workers, violate her own safety, and put others in precarious positions.

Sandra Oh, through Eve, is pretty magnificent. Sometimes in the most maddening ways. She is a good person, for sure, but when a case is afoot, she’s not the best socializer, often running through folks if her goals is on the other side. Her character is akin to another one of my favorites, Kyra Sedgwick’s Brenda Lee Johnson from The Closer. Similarly, folks can either get on board with Eve’s objective or get out of the way as it’s known she won’t back down.

As magnificent as Oh’s performance is, Jodie Comer is probably going to win some awards folks. Comer’s Villanelle is disturbing on a whole other level. Everyone spends this season trying to see what makes her tick, and the answer is mostly likely “not a whole lot she don’t will into being.” You would expect a character like this to have a specific tell or an emotional weakness, to at least prevent them from being one note. Somehow Comer gives a performance that both closes off that vein and gives her a complexity and range that makes her hard to dislike when on screen. 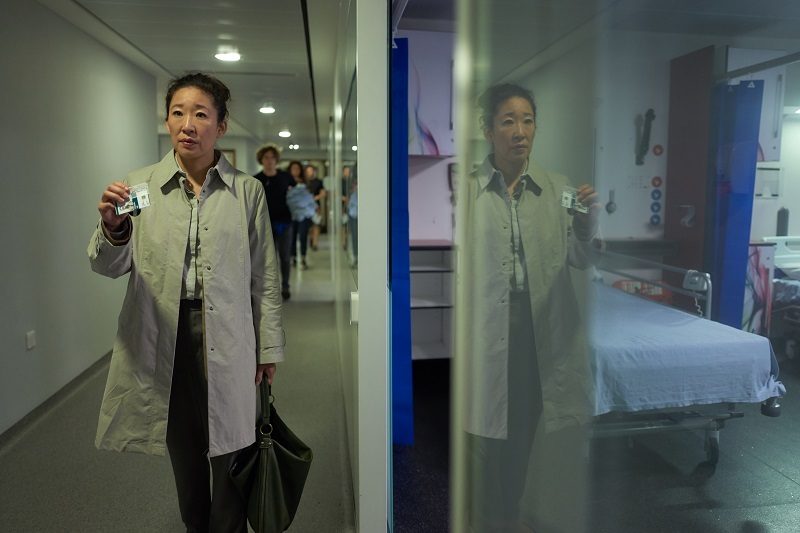 What is possibly most enlightening about this show is the cat and mouse is some sort of hybrid “will they or won’t they” scenario. Instead of spending eight episodes waiting to see when the two will cross paths, Eve and Villanelle meet early and often. By the end of the second, they both have a pretty good idea of who the other is, with a mutual respect for the person if not the profession.

If I have a criticism for the show, it’s that Eve often walks into situations where there is no reasonable path for her to walk away from. That often hampered the suspension of disbelief for me, as Eve could have died several times where the plot dictated that the drama ramp up. This also leads to actions where Eve’s either negligence or fanaticism puts others in grave danger that she rarely faces a consequence for the duration of the season. 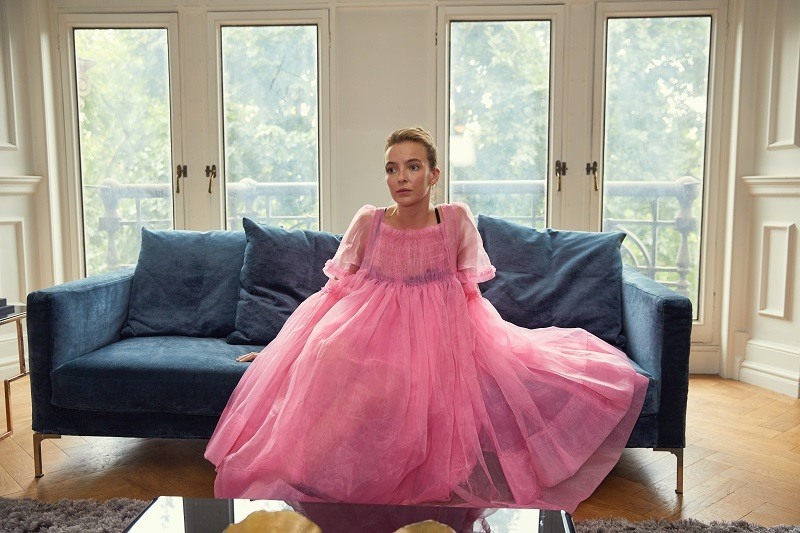 Those gripes aside, the twist and turns, the small character developments of the supporting characters, and the well structured cliffhanger ending episodes make it a great binge now that the season is done. Already greenlit for season 2, you want to get this good British TV in your que before the next season rolls around. That way you can sit where I’m at, telling someone else how they might have missed out on one of the best shows of 2018.