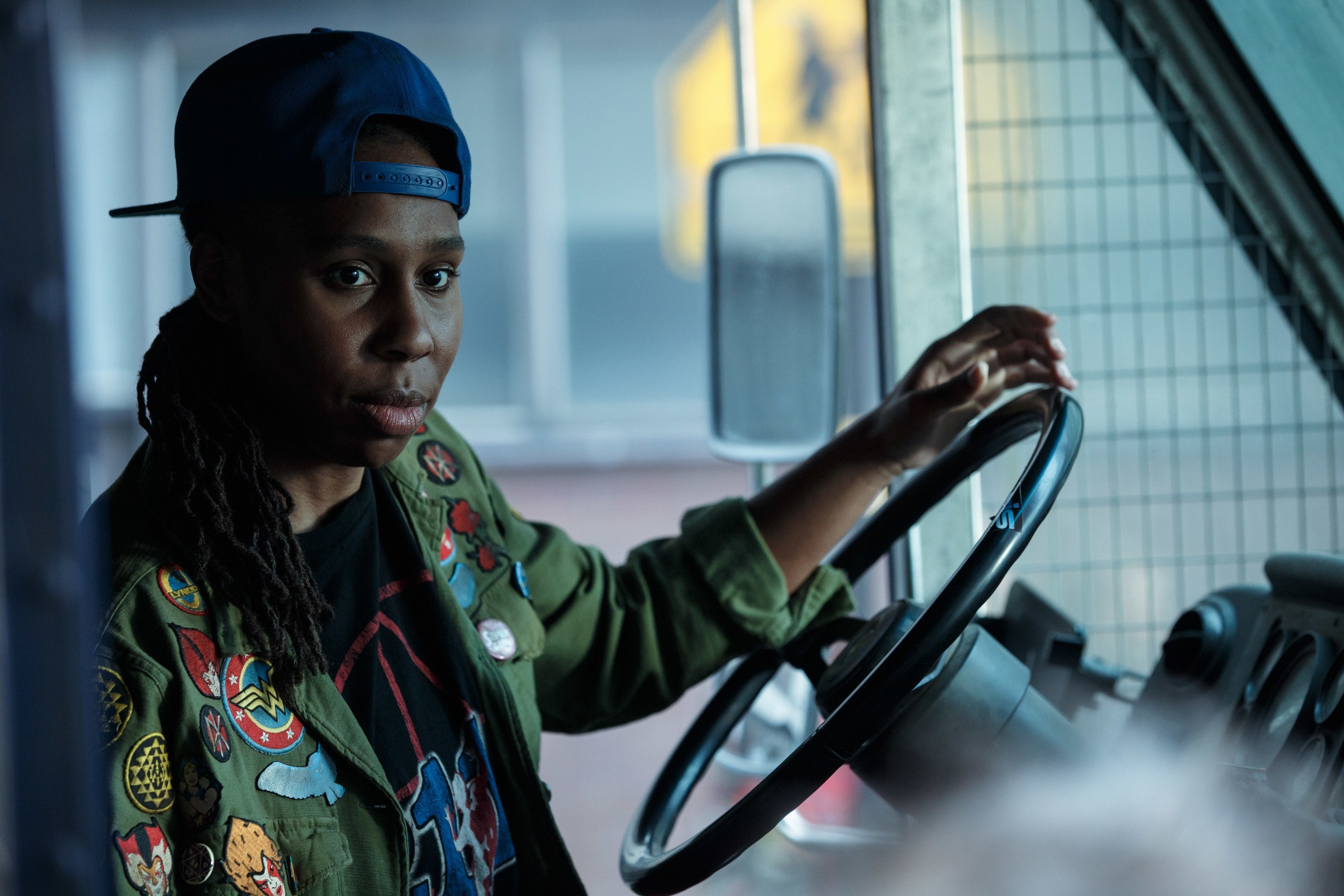 Black Nerd Problems was blessed enough to speak to Emmy Award Winning actress, writer and producer Lena Waithe on her new role in Ready Player One. This Steven Spielberg directed sci-fi epic, set in the dystopian future on 2045 puts young Wade Watts and his friends in the quest of a lifetime to find a rare Easter Egg hidden deep within a worldwide virtual reality game before an evil corporation takes it for themselves.

Lorenzo: So let’s just jump right in. What is your favorite video game?

Lena: Hmm. Mario Bros. The original one. Cause’ I used to play it as a kid. That’s my shit.

Lorenzo: How did you go about getting the role in Ready Player One?

Lena: Well, apparently Ella Lewis saw my picture in The Hollywood Reporter, cause’ they named me “Top Ten People To Watch” and she said “Why haven’t I seen her?” It was because I wasn’t going out for stuff, Master of None was kind of a one-off. So she had me come in, and basically, I read, and I didn’t have a script, I didn’t have a book, it was very top secret. So her and Leslee Feldman, one of the casting directors for Amblin Entertainment, they were doing their best to advise me (laughs) give me direction without telling me what I was doing because it was very top secret. They did a really good job, so I came in and read again and I got a call that Steven (Spielberg) wanted me to be in the movie. 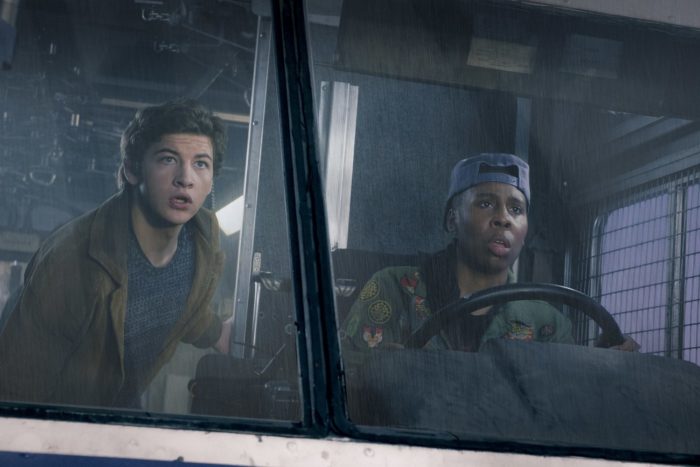 Lena: It was great! He’s the nicest man on the planet. That’s the thing, he’s so sweet, he’s genuine, an amazing human being, and I think that’s why his movies touch so many people because he’s just a really great guy. He’s got such a wonderful spirit, he’s a family man, is all about family first, and he’s just a fantastic person as well as a gifted artist.

Lorenzo: Ok so, you’re playing Super Smash Bros. with three of your friends. Who you picking’ to fold everybody?

Lorenzo: Were there any issues on set, or was it a pretty easy environment to get used to?

Lena: Not really. I mean motion capture is definitely a new experience for all of us, though. None of us had done it before, so it was really this new exciting thing for all of us. We watched a lot of behind-the-scenes footage of Avatar, cause’ we wanted to see what we were gonna look like, so that was really new. But it was also really fun. There was no limit to what we could try and do. For us, it was really amazing.

the only friendship i care about pic.twitter.com/ydnpNZWR2B

Lorenzo: What would you like people to get from “Ready Player One?” What do you want people to take with them when they walk out of the theater?

Lena: Y’know, reality is more exciting than fantasy and I think sometimes we wanna escape into these other worlds, but the truth is our own worlds are really quite cool. The people we’re around are really great. It’s a slight message because to me, OASIS is a metaphor for social media, and social media can be fun, but I think too much of it you lose sight of the world around you and who you really are. I think that should be the takeaway. Because it’s cool to do it, but you gotta come back down to earth every now and again. 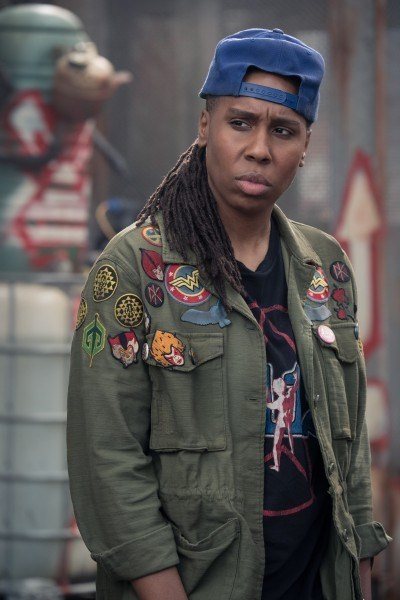 Lorenzo: You yourself are a writer, producer, actor juggling several projects such as “The Chi.” What was the inspiration for that show? Because it’s very interesting to see how the characters’ lives flow into each other in a very organic way.

Lena: Well for me, I wanted to show how black people were all interconnected, and how Chicago can feel like a small community even though it’s a pretty big city, cause’ that’s how it felt when I was growing up there. It feels like you know everyone it’s very much like a village. Also, I wanted to get the message across that sometimes the people you need the most are people you’ve never even met before. You know, a la Brandon making his way to Kevin in the pilot. I wanted to show how we’re all connected and we all need each other whether we know it or not, particularly black people. More specifically black people of Chicago.

The time has come to end this chapter. All I’m gonna say is… let’s go. #TheChi pic.twitter.com/RrPSAiOgkV

Lorenzo: How important do you think it is to have queer and trans POC representation on screen and in the production room?

Lena Waithe: Well I think we should be everywhere, in front of the screen, behind the scenes, but it’s not just queer people of color, it’s everyone. It’s all about inclusion. Native Americans are still underrepresented. Latinos are still underrepresented. People in the trans community. Everyone needs to be in the room, that’s the only way we’ll start to get real stories that reflect us as a society.

Lorenzo: What would you say to young creators who want to get into the industry, but don’t have the means to go to a traditional school for the arts?

Lena: I would honestly say, if they don’t live in Los Angeles there’s online classes. Masterclasses are real cool for people that wanna write drama, Shonda (Rhimes) has one that’s really great, I know a lot of people that have done that one. Judd Apatow has one coming out that teaches about comedy, I think Aaron Sorkin does one about screenwriting. So I would say in terms of trusted brands, The Master Classes, I know everybody sees those ads on Facebook, if they don’t they can Google it.

It might be a little pricey but hey, everybody has a friend with a little more money to help with a GoFundMe to raise money to pay for these Master Classes. If they live in Los Angeles, Script Anatomy is a great screenwriting class. I think to me it’s about finding a class, but I do understand if you live in places other than LA it’s hard to find classes that are legit, but I really feel like there’s a lot of online opportunities to figure out ways to tell their story. 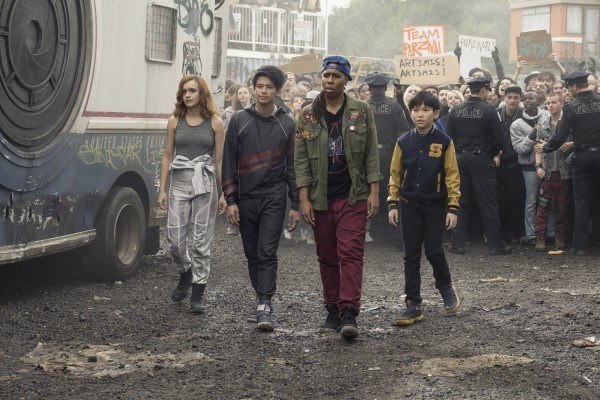 Lorenzo: So besides “The Chi” you have another show on TBS?

Lena: I don’t have a show, I have a pilot order, Justin Simien’s gonna direct that pilot. It’s called Twenties, it’s about this queer black girl with her two best friends who happen to be straight, they’re all in Los Angeles pursuing their dreams and living and loving and dating at the same time.

Lena: Yeah, so hopefully they like it and we get a series order.

Lorenzo: Yeah, cause’ we definitely need shows like that. It was great talking to you today. From one queer creator of color to the next, your work is vital in pushing the culture forward, and I wish you all the luck in the future.

Lena: Aw thank you so much, I appreciate the love and support. It means a lot. 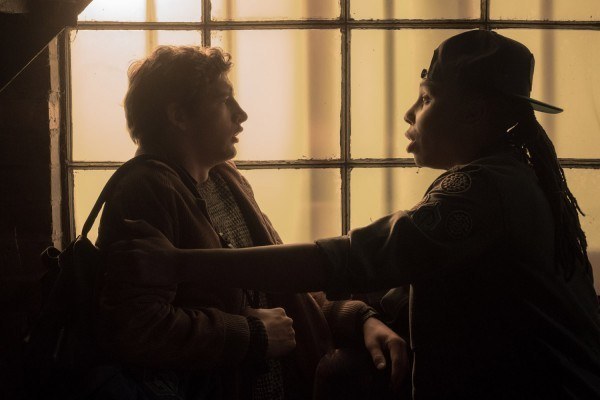 Be sure to check out Lena Waithe as Aech in Ready Player One, opening everywhere March 29th.