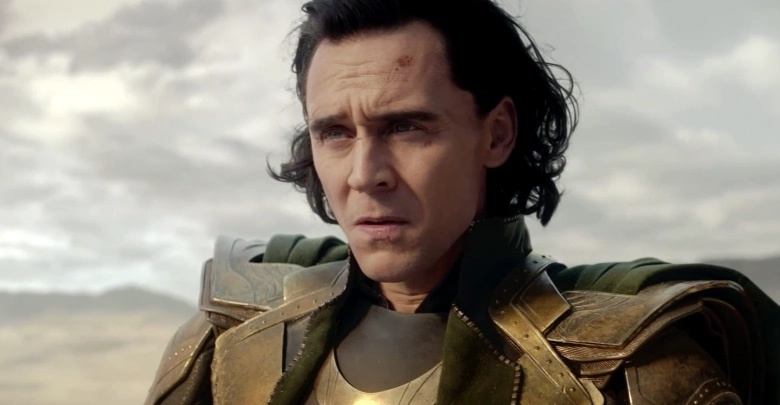 Regarding the Marvel Disney+ shows, Loki has had the strongest start. With an engaging mystery, universe building implications, and fun characters, it’s been a fun ride. And while these shows are a successful venture for Marvel and a great way to universe build…they are still shows. And with shows they sometimes fall into those trappings of being an episode story. Has that happened with Loki? Yes… a little bit. Let’s dive in and talk about it. Usually, I try to dance around spoilers as much as possible, but we need it here to discuss both the highs and lows so… *WARNING SPOILERS AHEAD* Skip to the last paragraph for the wrap-up if you don’t want spoilers.

The Mid-Season Slump is Real

We’re just going to jump straight into it. Episode 3 is by far the weakest episode. It’s used to introduce the variant Loki we’ve been chasing so far, who turns out to be a female version who’s name is Slyvie (Sophia Di Martino). Slyvie is very different from the Loki we know and brings in her own chaotic energy to the table. It’s just that, at first, it’s a very “by the books” TV interaction. Slyvie is a justifiably angry person but in this episode it’s all very surface. “You’re annoying, and I don’t like you” is pretty much the whole character in the episode, and we know Marvel is capable of deeper character development. While she does drop some meaningful info such as the TVA being brainwashed and full of variants like themselves, this character needs to be more than a lore dump.

The weak writing in the episode isn’t just with Slyvie but with Loki himself as well. Loki is a schemer. He’s always viewing the angles and looking for his moment to make his move. And it really doesn’t make sense for him to lie his way onto a train, try to lay low to try and escape a planet that’s about to explode and kill him… and he gets drunk. Now, Loki is a lot of things and yes, he tends to lose a lot since he was a villain, but he’s never “The Bumbling Idiot.” It’s obvious they needed to just push the story forward rather than having an actual reason to.

Something that keeps popping, not just in Loki but in all the shows so far, is Marvel doesn’t know how strong or weak these superheroes are supposed to be. Loki is a god. He’s no Thor but still has the strength of an Asgardian, access to powerful magic, fought legions of undead minion in Thor: Ragnorok, and took a serious beating but an enraged Hulk and still walked away with just some cuts and bruises. He’s strong, and I’d venture to say Slyvie is on par. So why do they struggle so much against nameless regular random foot soldiers? Even when the get their magic locked away, they shouldn’t be at that big of a disadvantage but when they do have their magic they still struggle. And these fight scenes are not that great, in fact they are pretty bad. The camera angles and quick cuts make these already clunky fight scenes even more so and Marvel is better than this, even if it’s the television shows.

A Strong Bounce Back

With all that said, Episode 4 is a huge step up in almost every aspect. The writing and story are a lot tighter and we get to feel for almost every main character that shows up here. This episode really shows us who Slyvie is, which was missing from the last episode. Instead of telling us, they showed us. How she was “arrested” by the TVA as a child, her anger towards the whole system, and how she could be the key to everything. Hunter B-15 (Wunmi Mosaku) carried a lot of the emotional weight with her realizing she was a variant thanks to Slyvie. And missing Mobius (Owen Wilson) in the previous episode was very noticeable, so it was good to get that character back, even if he may be gone. And that’s a big if since the end of the episode shows us being pruned may not mean the end.

I also have to give it up to Ravonna Renslayer (Gugu Mbatha-Raw) and her excellent portrayal. We all knew that she was fishy and that eventually it would come to a head. But Gugu’s ability to be both sinister yet remorseful really showed the pain of “killing” a friend. They were really firing on all cylinders in episode 4. The crux of the episode though, was Loki once again forced to look at who he really is. It’s one thing to be told, but Loki had to live a moment over and over again that really cemented how he really ain’t s**t. Coming to terms with it was great character growth. The fight at the end was still janky, but watching Loki struggle to figure out what his emotions are only to be pruned was a chef’s kiss if I’ve ever seen one. And of course, that stinger at the end with multiple Loki’s has major implications that I can’t wait to see play out.

It’s not uncommon for television shows to dip a bit in the middle of its season. Some shows don’t recover from this, but I’m happy to say that isn’t the case here. And even with this dip, I’d say it never ventured into “bad” territory, it just could have been better. Marvel has set a high bar for quality, and we should continue to hold them to it. Episode 4 was a major improvement and quite possibly the best episode yet. The writing is top notch and all the actors take advantage and give us some great emotional performances. Episode 3 did have me worried for the rest of the season, but 4 has me more excited than ever. I trust Marvel to stick the landing with only 2 episodes left.

Check out BNP’s other reviews of the series here.