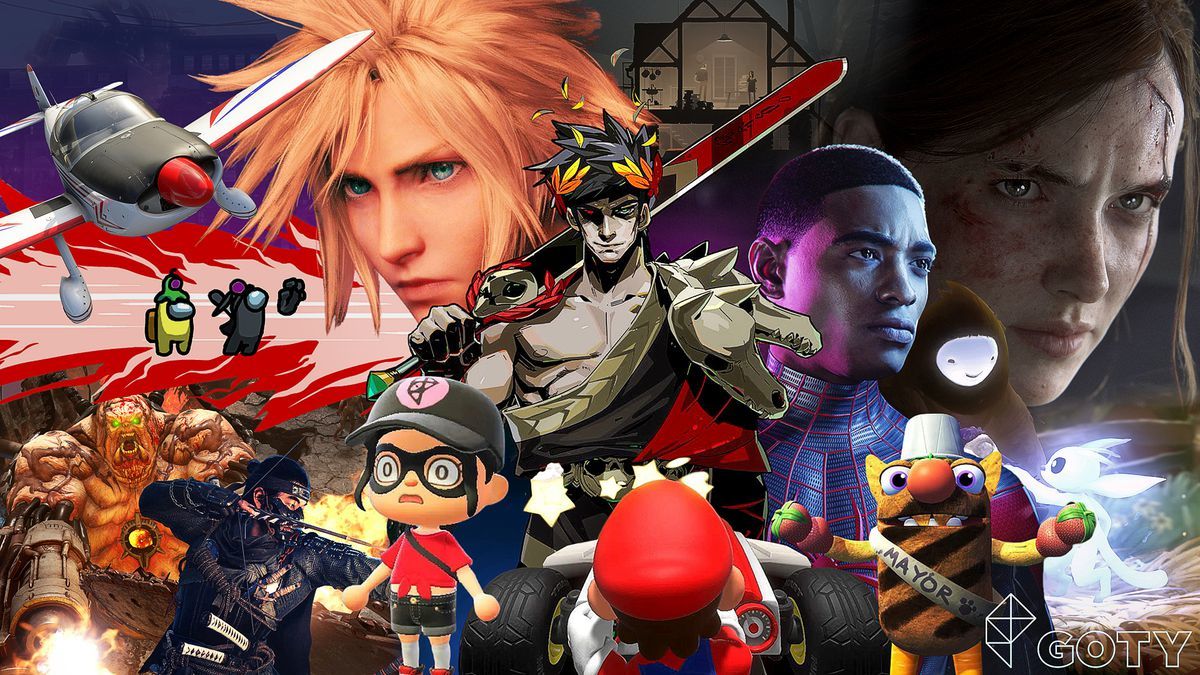 As we prepare to close out what has been the longest (yet somehow also the shortest) year in recent memory and recorded history, I just wanted to take a second to share a list of the games that had a very deep impact on my life this year as they entertained me through all of the seasons. And I do mean an actual list and not just a rehash of all of the memories and personal accomplishments I’ve had while playing Destiny 2. No, strangely enough, I found myself playing several games, some of which I’ve talked about already and some my fellow writers have shared thoughts on. But before the clock runs out, I just want to take some time and reflect on the cool things that I played and the ones I will soon enough.

Any list talking about gaming in 2020 is obligated to include the singular, unifying experience that was, is, and will be Animal Crossing: New Horizons. Much like that summer where Pokemon Go brought us all together outside, AC:NH was the game that allowed all of us to stay connected during the spring lockdown. And the summer of social distancing. And the fall of continually implementing safety precautions. And the winter of “oh… this is still going on isn’t it?”

All of that to say is that Animal Crossing: New Horizon possess this zen garden like quality. The ability to engage with an island on your own terms. You could invest a little or a lot and still ultimately feel satisfied as it eventually culminates to you having your own personalized island and friendly villagers that will never ever be duplicated by anyone else in the world because there are that many options. It’s a truly simple and joyous meditation and probably the only reason I knew what day of the week it was and what season it should have been during the pandemic.

So do you know what encapsulates the feeling of living in a pandemic a little too well? For me, the answer is simple: roguelikes. After a brief flirtation with FTL: Faster than Light and Into the Breach, I decided to Dead Branch out (pardon the combined esoteric reference and horrible pun) to a different roguelike and, at the behest of a friend, picked up Slay the Spire. This deckbuilding game has managed to grab 570+ hours and counting from me, with a couple hours runs here and there.

There is something about the surrepititous nature of climbing a tower, failing, and then starting over. Each time having to assemble new tools and strategies for the things that are given. Each time having to reorient and redevelop the Strength, Dexterity, and Focus to make it through each day. As I climbed different Ascensions and hunted for achievements, I developed an appreciation for the delicate balance and the design philosophy inherent in the game. Every card is playable. Not necessarily good, sometimes bad. But always playable. Always a possible archetype where it can slot in. It’s an elegantly crafted game where simple mechanics complicate into wonderful interaction that make for a beautiful roguelike.

That said, the best roguelike and arguably the best game I played this year was Hades, largely because it is so much more than a roguelike. The official release of Supergiant’s latest entry shows that they have continued to improve on their already stellar isometric combat, unique weapons systems, skill synergies, incredible characters, and gorgeous music. You play Zagerus, as he tries to escape from the Underworld using a combination of Infernal Arms, Boons from various gods, and powers from a mysterious mirror.

Yet what makes Hades memorable is that it’s a game where failing never feels bad. Hell, often time it feels good. Characters comment on the progress you’ve made and even failed attempts manage to net you resources that you can spend to make future runs easier. You have the ability to make decisions that help you get back to builds that you prefer and are familiar with, while also incentivizing experimenting with new options. While it’s a bit more mechanically demanding than Slay the Spire and harder to pick up if you put it down for a while, my 85 some hours with the game are compounded by the dozens of hours I’ve spent discussing the game with others. Very few games are able to create such parity and balance between different armaments and mechanics and the heavy narrative focus that ties everything together. That is what makes Hades the roguelike for people who hate roguelikes and for the people who love roguelike, your current obsession.

A tech demo of a game, Astro’s goes above and beyond at showcasing all of the cool things you can do with the dual sense. Adaptive triggers, tilt recognition, the most responsive touch pad ever, and an improved internal microphone and speaker system. If developers are able to implement even a fraction of what Astro’s Playroom did, we’re in for a very cool time with the latest generation of console.

And you know what the best use of the dual sense controller is going to be? Nour. Less of a game and more of an interactive art demo on a console, Nour is developed by Terrifying Jellyfish, a St. Louis local and indie game dev, and if I think there is any game that is going to be able to leverage the dual sense controller well, it’s gonna be this one where all of the knobs are gonna make it easy to play with your food.

While I wait for a mainline Persona game or Persona rerelease to make it to the Switch since the portable console is the ideal way for me to consume RPGs, I think I’ll settle for the hack and slash spin off. The Persona Series has this fantastic lore and incredible cast of characters so while I still long for a proper visual novel with grueling turn based battles, I’m still more than ready to lead the Phantom Thieves through the streets of Shibuya and combat the latest set of Shadows spawning.

This one is definitely a little bit of a cheat considering that I would have been excited for this game no matter which generation of console it came out on. When Marvel’s Avengers came out during the summer content drought of Destiny 2, I hesitated on getting on board for a wide variety of reasons. My friend told me that I probably would have loved the game with all of its builds and customizability, and I do believe that would have been case, but between life and other some such, I ended up not getting in too deep. However, if Gotham Knights came out during that, i would have been a Red Hood main so fast. My DC fandom is the only thing that runs deeper than my Destiny bonds, and I’m stupidly excited to mess around with the former sidekicks as they a get a chance to stand on their own and kick all of the ass.

First shown at this years Game Awards, Season promises to be a unique type of gaming experience. With gorgeous visuals and a simple premise of “atmospheric adventure bicycle road trip,” we don’t know too much about what it will entail outside of exploration and documentation, but as someone who has a fascination with liminal spaces, I have a fascination with this game.

What games helped you through this year of quarantine? What did you spend hours maxing out and replaying? Let us know on social media.