Led by Issa Rae and Kumail Nanjiani, The Lovebirds was meant to have a big screen release before the pandemic attacked. Their options are the two that each Hollywood movie has had to make since March, deciding between a delayed release or moving to video-on-demand. In an audible, right to The Lovebirds was bought by Netflix, presumably the company banking on the names of its stars to drive attention and add to its growing list of successful movies. And by standards of commercial success (or Netflix traffic, as mysterious as it may be), The Lovebirds will serve its purpose of adding the credibility that A-list Hollywood actors offer. As a comedy though, The Lovebirds will leave you grateful you were able to stream it with an already-paid-for password rather than shelling out $15 or more for a theater seat.

The strength of the film lies in their banter, as Rae and Nanjiani are as charming and cute as you would expect. Directed by Michael Showalter from Nanjiani’s The Big Sick, small laughs come easily from a clear chemistry seen best in the subtle comments tucked into Rae and Nanjiani’s overlapping bickering. Larger laughs are few and far between, with most of the film’s biggest laugh bait spent in its trailer: driving over a biker, interrogating a frat boy, being kicked by a horse. The plot is equally straightforward in its own silly way: when their red-hot romance turns sour after four years of dating, Leilani (Rae) and Jibran (Nanjiani) begin to fall in love again after being thrust into a series of hijinks that leave them ducking the law and hoping to solve a mystery to save their lives. The details of the hijinks aren’t as important as two things in a screwball comedy: 1) the theme it attempts to pull off, which is often surprisingly heartwarming, and, of course, 2) the laughs along the way. 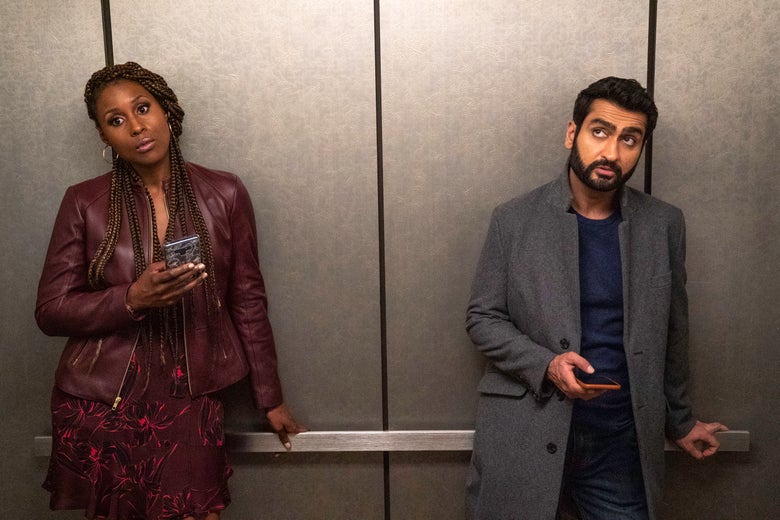 On the spectrum between laugh-out-loud moments on one end and tender moments for balance, it walks the middle so consistently that The Lovebirds might best be described as safe comedy, the type that finds its few simple strengths and settles for them. Its plot of random occurrences are reminiscent of Game Night or Girls Trip (add Harold & Kumar Go to White Castle if you’re older) minus the ensembles that keep the laughs big and varied, multiple executions coming from different directions. Instead, the supporting cast of The Lovebirds is a revolving door of 2-minute cameos, few who are notably funny and none who offer themselves enough character development for situational comedy to land.

Such dependence on Rae and Nanjiani beg the question whether The Lovebirds would have thrived better leaning towards the traditional romantic comedy — emphasis on romance — rather than a true comedy for which success often takes a wider cast or an exceptionally talented comedian. While their constant bickering and observational humor on quirky absurdities are clever, it’s hardly memorable for anything more than a passing quip. Where The Lovebirds lay its thematic focus is on the lost magic of a relationship after the passion dies down and two people begin to grate on each other’s nerves, and the work it takes to remember why you fell in love with someone in the first place. It doesn’t need to be original to work, but it rarely pulls hard in plucking the heart strings: the lowest low comes in their initial breakup that happens suddenly, the highest high coming as they sing Katy Perry together as a spark rekindles their flame. 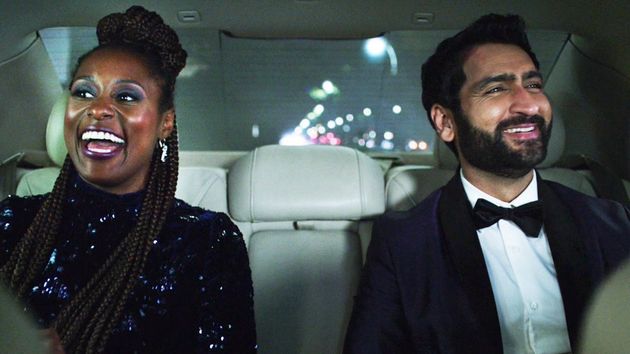 Laughs from Rae and Nanjiani’s banter and charm are enough to save The Lovebirds from disaster but not enough to make it memorable or worth recommending. Perhaps a comedy like this one would have benefited from the energy of a full audience in a theater of laughing moviegoers, but even still, I would suspect the laughter falling short of the value of its tickets price. The Lovebirds is cute, passable, and little more.

The Lovebirds is now available for streaming on Netflix.