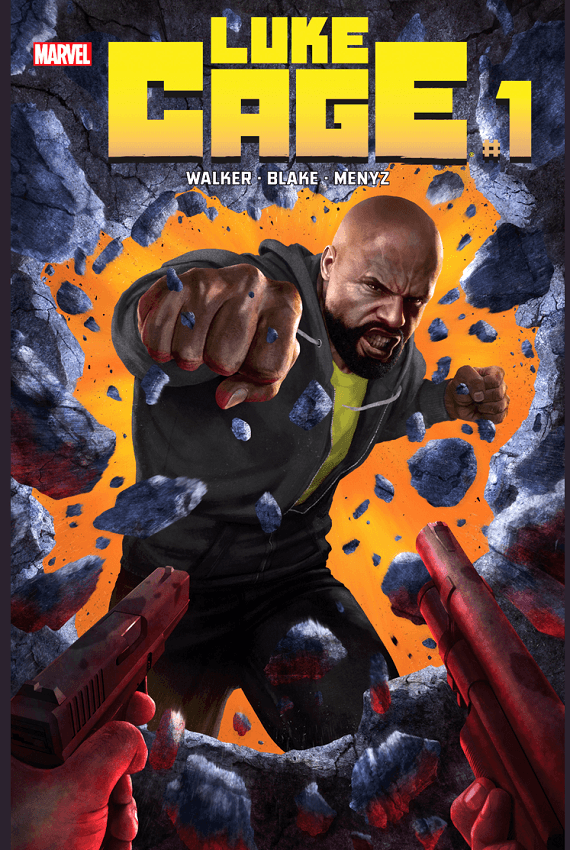 Yeaaaaaah, okay. OK. This is what the hell I’m talking about. The wounds of Power Man and Iron Fist coming to a close are still fresh, but Walker still all up in Marvel’s personal space writing Luke Cage and this #1 is legit. Real legit. Having wrote him in close quarters for the last year plus, you get a sense that Walker just knows Cage so well at this point. The personality is so consistent and familiar. The humor and level-headedness of Cage is there, complete with the humbleness of a man serving the community, but the confidence of a brotha with bulletproof skin.

The first book sees Cage doing what he does best, busting up bad guys in reckless abandoned before being informed that the man responsible for his powers has passed away. Down in New Orleans, Cage meets some folks close to the doctor and his research, while stumbling on a conspiracy involving experiments that stem from his success story. The writing is crisp and efficient, showing us the interior of Cage from overconfidence to extreme self-doubt. 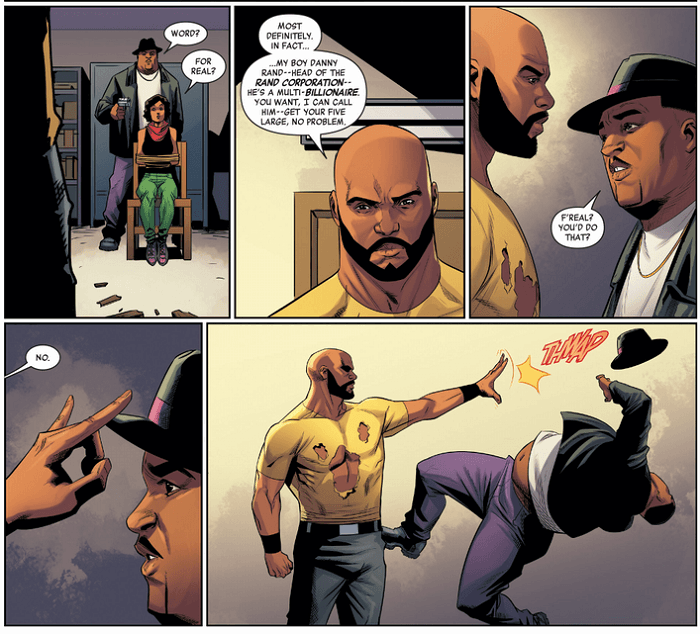 A blast from the past of Marvel comes back in a big way and adds a lot of intrigue to where this story is going. From jump, Cage the character and the book are both all systems go with a pretty cool (and previously unexplored in referendum?) story that will take in some interesting places.

I must say, for a Luke Cage book, the art looks completely different than I would expect, but that’s the best possible thing. Clean. Soft lines. Bright visuals. While Luke Cage often invokes a gritty street level brawler to come to mind, the art provided by Blake illustrates another key component of Cage, his heart. The colors by Marcio Menez and warm and engaging, letting us know just what kind of story this is going to be.

Cage reads and looks great straight out of the box. Still a rooted story that hits close to home on numerous levels for our titular hero, but the team of Walker and Blake might have something great on their hands if they can fulfill the promise of this opening for issues to come.