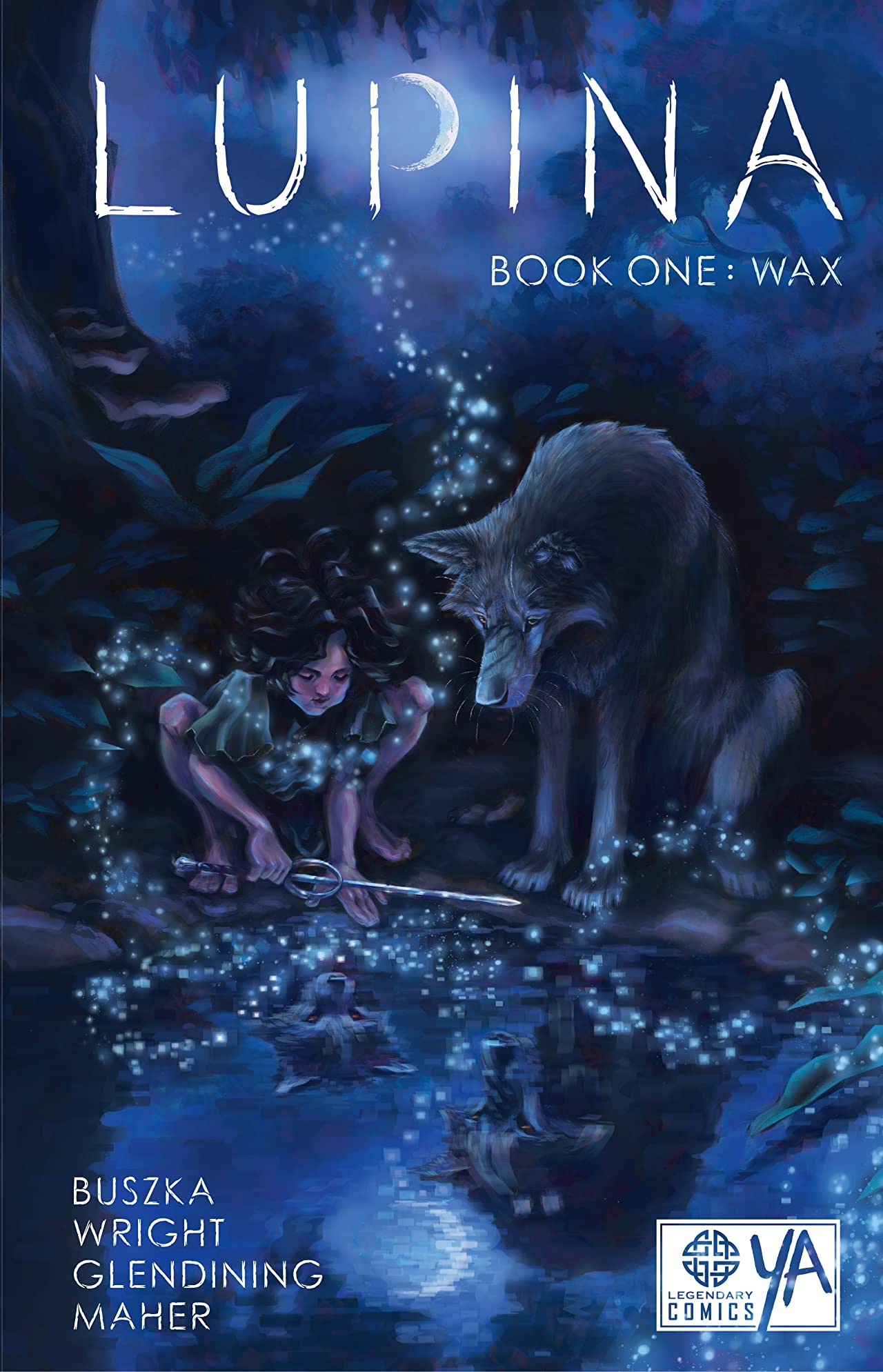 In Lupina, a young girl battles both the grief of a family lost to seemingly senseless violence and real-life monsters. All while traveling across the land with her wolf guardian. Lupina is a tale of self-discovery and vengeance that transcends both the mystical and the corporeal worlds that our protagonist inhabits.

I have mentioned in previous articles that graphic novels helped ignite my love of reading. They allow for a different kind of digestion of narrative fiction. As I’ve gotten older, I am aware that my attention span has greatly decreased. However, graphic novels allow me to remain immersed in a story from cover to cover. From Legendary Comics YA, a four-person creative team brings a new fantasy comic to life that adds a magical twist to the run-of-the-mill coming-of-age story in Lupina.

The artwork in Lupina is gorgeous. The beginning is endearing enough; a mother comforting, protecting, and later sacrificing her life to defend her youngest will pull the heartstrings of any reader. I enjoy how the fauna play such a large role in the story. The large wolf, Coras, is super cute and provides ample amounts of comfort to the protagonist. This comfort feels like a necessity, considering how tragic the opening of the story is. I love how protective she is over Lupa. This trope never gets old (think Avatar: TLA‘s Appa and Legend of Korra‘s Naga) and the dynamic is heart-warming as the reader leans on this duo in order to wade through the constant fear and darkness that permeates Lupina. Personally, I need some emotional anchor to get through any kind of nitty-gritty dark shit, so the sweet wolfie was much appreciated. Coras is not as engaging as Appa or Naga, but has the makings of being one of the best fictional animal companions in her own right.

Where I Was Challenged

The pacing is too quick for my taste and a bit convoluted. Mixing reality and dreams and the perspectives of the deities watching over Lupa… It’s just a lot to take in with not enough of a solid foundation to jump off of. Another major point of contention for me was how the goddesses were woven into the story. Initially, they are seen as beings of myth and awe. Later in the story, we see they have an active role to play in Lupa’s destiny, which felt overwhelming for the story.

Overall, Lupina was a fun read that suffers from having too much to say in too short a time. So many fantastical plot points are introduced without some needed exposition. There just was not enough background information given for Lupa, her family, or her hometown to have a real compassionate connection with her or her story. Her mother’s fighting and protecting her, then later, dying was the most emotion I felt during the story. Meeting Coras was a close second, but other than that, I felt very disconnected from the overall story. There is a lot of promise in this comic, and to reiterate, the art is beautiful. Hopefully in future volumes, there is more time given to fleshing out the backstory of the politics and society in the world Lupa and Coras inhabit.