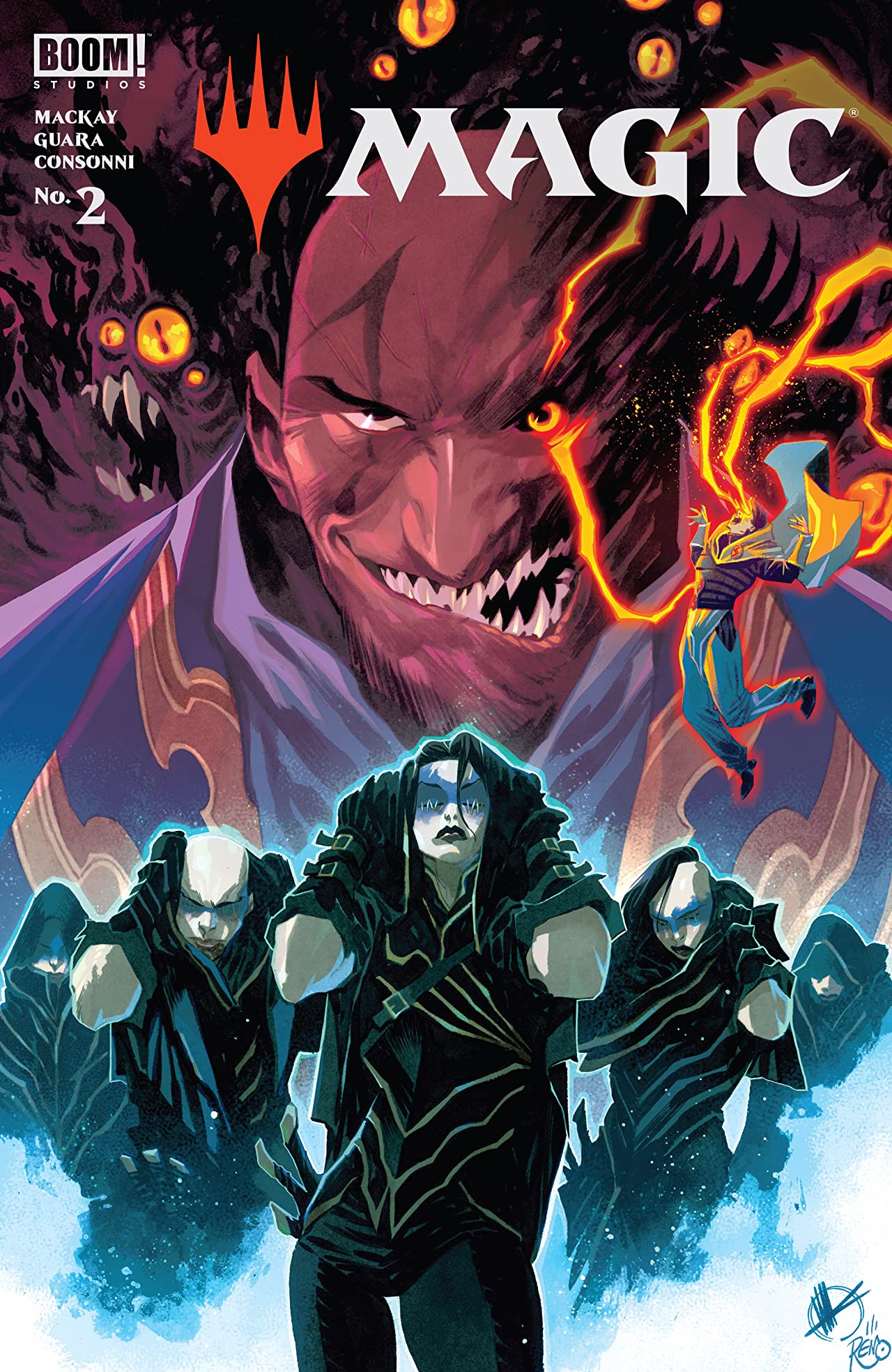 Still reeling from their attempted assassinations, the main trio of Ral, Kaya, and Vraska start Magic the Gathering #2 on a different plane (fan-favorite Zendikar), doing a recap of the last issue while adding some further contextualization of the incidents. It’s a much slower paced start compared to the action fueled opener of the last issue, but narratively, it’s a smart way to show off more of the universe and get readers of all ages on the same page. I appreciate MacKay’s sense of character, and I love reading the dialog because it feels very much ripped off the flavor text of the actual cards. And furthermore, I appreciate Guara’s illustrations for being vibrant and capturing the spirit of the iconic worlds.

Magic the Gathering #2 fully cements the series as a love letter to the fans of the series, while making attempts to entice those who are only vaguely familiar with the world with quips and rapid exposition and this time around it doesn’t quite land as gracefully. The terminology and exposition feels just a tad bit more specific, and without the prior knowledge, trying to absorb all of the information about Ravnica guild system is a lot for the uninitiated. Given that the creative team is not only dealing with ten different organizations, but a delicate situation that could easily upend the balance of the world, it’s kind of like getting Wikipedia printouts for a UN session. It works but only so far. I do appreciate the effort that MacKay puts in, but it’s not quite as utilitarian of an approach as it was in the prior issue.

Regardless, the plot on Jace Beleren’s life makes for a good central through-line and Ravnica is a visually engrossing world. Igura revels in having a wide cadre of unique characters and a sprawling, transformative cityscape, and every page looks incredible. There is some superb panel construction and framing that makes it feel like perfectly natural transitions from the stories that were convey piecemeal via cards into the sequential storytelling. And it’s no easy feat that Iguara and MacKay were able to compress the lore into a manageable twenty some pages.

As the cast of characters grows rapidly, Magic the Gathering will likely find itself at impasse to try and keep helping newer fans into the world and to appease the voracious fans who are fully aware of some of the pre-existing dynamics at play. As someone who errs towards the latter, I enjoy the comic and premise. I feel like this issue had a bit more bookkeeping and text boxes than maybe helpful, but it’s remains a fun jaunt through a beloved IP.

Enjoying Magic the Gathering? Check out BNP’s other reviews here.