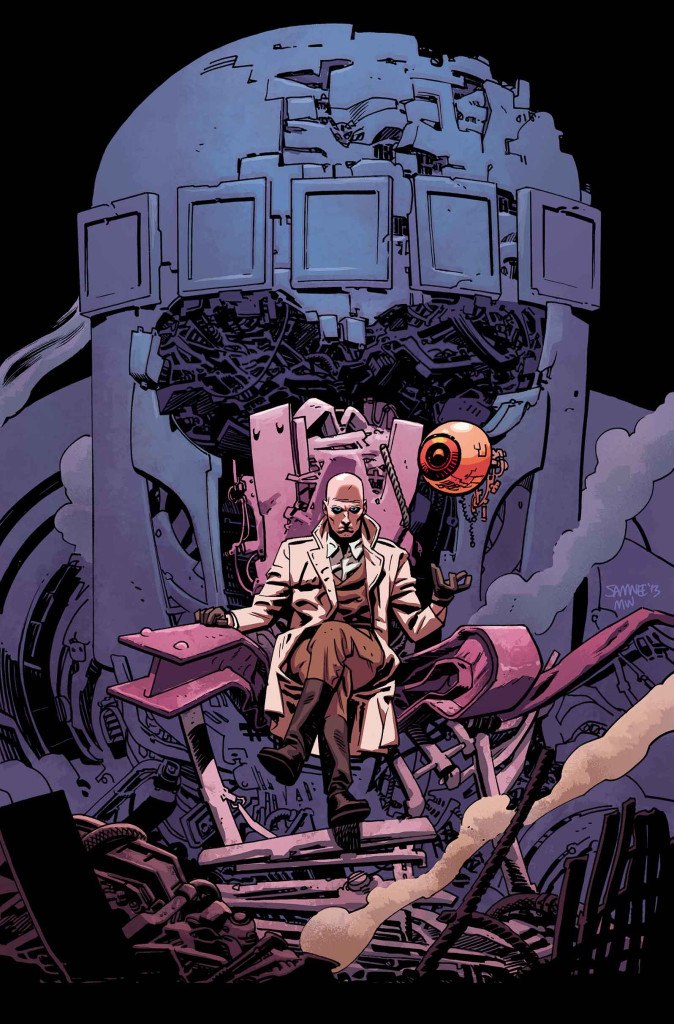 Lets be clear about something concerning this book; Magneto is no hero and he doesn’t want you to have any illusions that he’s trying to be. The striking parallel he draws between an SS officer executing his friend during the occupation and him doing the same to an agent that has been kidnapping people for sentinel experimentation is not an accident. Writer Cullen Bunn is showing us that Magneto might have a righteous cause to protect his fellow mutants, but that he is essentially an evolved monster having learned from previous monsters that passed through his life. Knowing that, its easier to conceptualize how Magneto is willing to move through the world compared to the first issue where this brutal technique was felt more abstract and off-puting.

[divider type=”space_thin”]
I do enjoy that this book makes use of Magneto’s intelligence instead of just the powers he’s known for, as his investigation and instincts lead him to that the camp where people are being snatched. Walta also does a good job in both the quiet and brutal moments. Both Bunn and Walta have shown how Magneto’s broken powers are not what they used to be, but still incredibly effective. Issue #2 moves the story forward in an organic way while leaving the carrot dangling for what may happen if Magneto ever ‘fixes’ himself.
Review: 8.4/10