type in your search and press enter
228 Shares

You know that bubbly emotion that you’ve been feeling, like something lit is about to brew in the digital realm? Pretty sure it’s because you’ve been waiting for the Malika Warrior Queen animated pilot to drop.

The historical fantasy graphic novel that we’ve reviewed here highlights black girl magic in all of its warrior fabulousness through the sands of 15-Century Africa. The Kickstarter to produce this animated series is already at 91%. (EDITOR’S NOTE: By the time this piece got to an editor to publish–the Kickstarter campaign reaches its funding goal! Be sure to check the Kickstarter to see the great stretch goals!)

With all of the same high powered action from the graphic novel and the “better than your morning soap opera” drama, this 7 minute episodic will be a 3D animated adventure surrounding Warrior Queen Malika. Malika’s valiant efforts to bring about peace among the differing civilization causes a separation in West Africa. This graphic novel touched on familial expectations, love and of course iminnent destruction.

Roye Okupe, the CEO of YouNeek Studios and the creator of Malika Warrior Queen sees the necessity of this comic in todays atmosphere. He started the Kickstarter in order to get this famous graphic novel produced for the screens and digestible for various audiences. The drive for unique and accurate stories based on African mythology and culture is difficult to come across due to the stereotypes that surround the “mysteries” of the beloved continent. Roye Okupe is an embodiment of what it means to chase your dreams and open the eyes to proper representation and growth within the craft.

By supporting this Kickstarter, not only will you be supporting the growth of those who aspire to become the embodiment of black girl magic, there are various rewards that are given depending on your generosity. Rewards range from classic wallpapers and digital recognition to being an official Executive Producer of the series. The sketch goals are big and include approaching a Nollywood star to voice one of the characters!) The Kickstarter officially ends Friday August 24th so there is time to check out this project and pledge your support!

A historical fantasy EPIC set in 15-century Africa. Magical swords, dragons, love, betrayal, politics. This story has it all! For more information, follow along with the kickstarter, here! 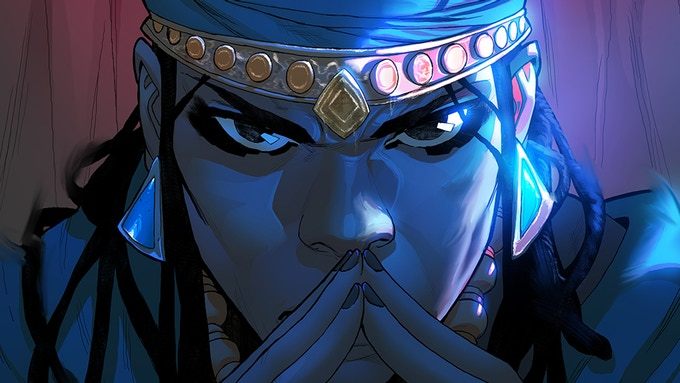