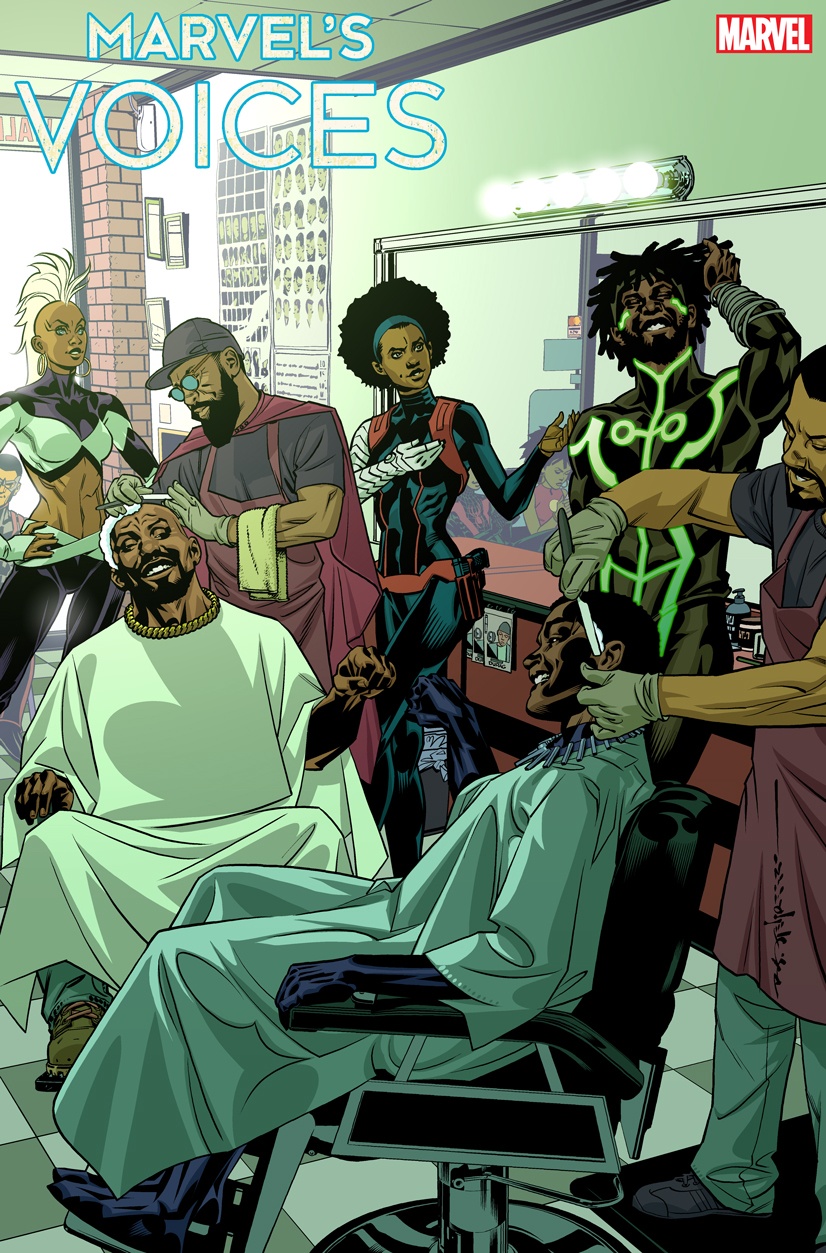 Inspired by the popular ‘Marvel’s Voices’ podcast, Marvel’s Voices #1 is an anthology of stories featuring a wide variety of writers, artists, and characters. Hosted by Angélique Roché, the Marvel’s Voices podcast focuses on spotlighting creatives of color in the Marvel universe. Likewise, the comic has many of Marvel’s best known Black and brown writers/artists, like Ayala, Greene, Martinez, and Walker. It also has white creatives writing Black characters, like Moon Girl. My initial impression was that this was a Black History Month tie-in for Marvel. That isn’t accurate. This anthology takes the word “diversity” to the limit, not limiting either the creatives or the characters. The result is a mix of styles and perspectives that each succeed and fail on their own, without any necessary connection to Black creativity. 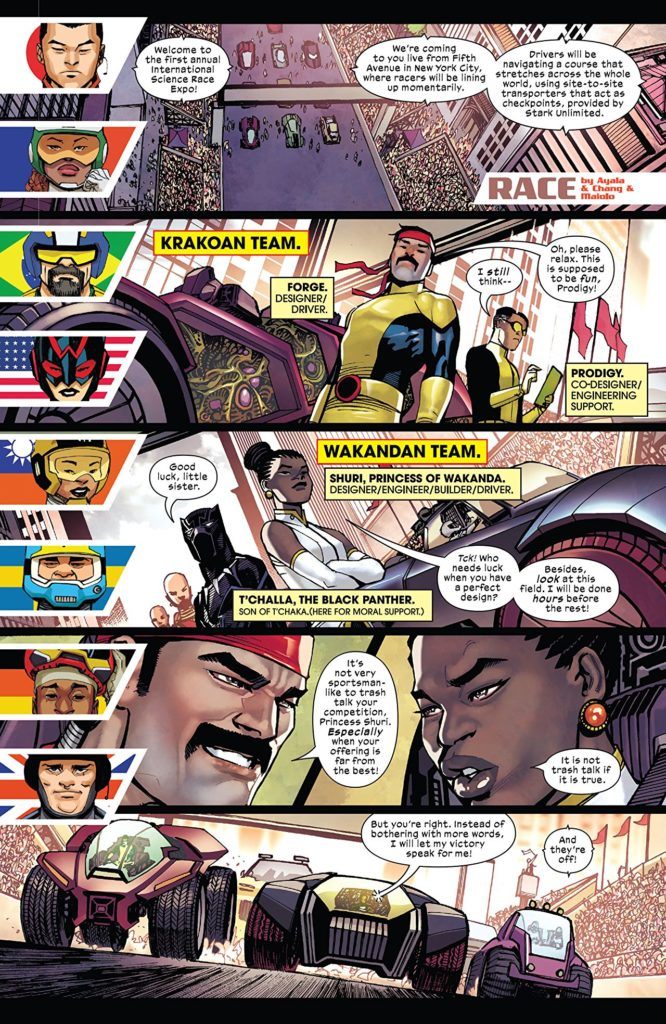 Within this mix, a few pages stand out. ‘Race’ by Ayala, Chang, and Maiolo is a fun bit of action between Shuri and Forge, featuring Wakandan tech vs. Krakoa tech in a world ranging car race. Stelfreeze delivers a Black Widow 2-pager that is a perfect feature for his artistic style. Silver Surfer gets a galactically-worthy feature from Markman, Scott, and Sanchez-Almara. Wolverine at his most feral faces off against a Hulk in the closing story from Walker, Brown, Greene, and Herms.

Some of the features are more inspiration and heart than story. Piper’s Emma Frost story and Vecchio’s rainbow-covered Queer Pride page are both in this category for me. Frost is getting the all-star treatment these days between the main X-Men title and Marauders, so a little flashback to how far she’s come is effective and timely. And Vecchio’s “We Have Always Been Here” statement from queer heroes (with kissing!) is poster-worthy content. Lastly, I have to shout for “Christmas Blues” by Charlamagne tha God, Miles, and Kirby. There are few things more entertaining that watching a creative not only write themselves into the comic – by name – but also have themselves as the voice of wisdom and truth in that comic. Your fave could never, but Charlamagne does. Also, Blue Marvel really does need to come out of retirement. Seriously. 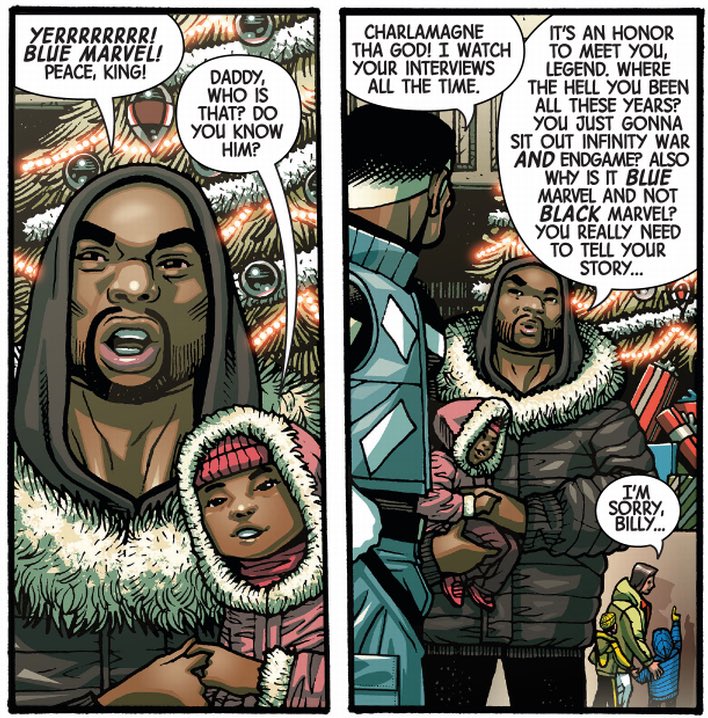 I recommend approaching this anthology, and ones like it, as a collection of flash fiction — most aren’t full stories, they are snapshots of moments in the lives of these characters. Some are built just on one line that a particular writer has always wanted their favorite character to say. Some are introductions to lesser known personalities. Altogether, this is necessarily a messy, unfocused anthology. Flip through the pages and you’ll find a story you’ll like. This isn’t a must-have collection, unless that Wakanda Barbershop cover is your jam.

It would be great if Marvel used this as a jumping off point for including more Black creatives in their titles. We’re making steps, but every time a “diversity” issue comes out, it reminds me of how much greatness there is that isn’t featured in our week to week New Comic Book Day pull lists. Podcasts like Marvel’s Voices with host Angélique Roché, feature those that are doing the work. But there are more opportunities out there, and this anthology just whets the appetite for their stories.