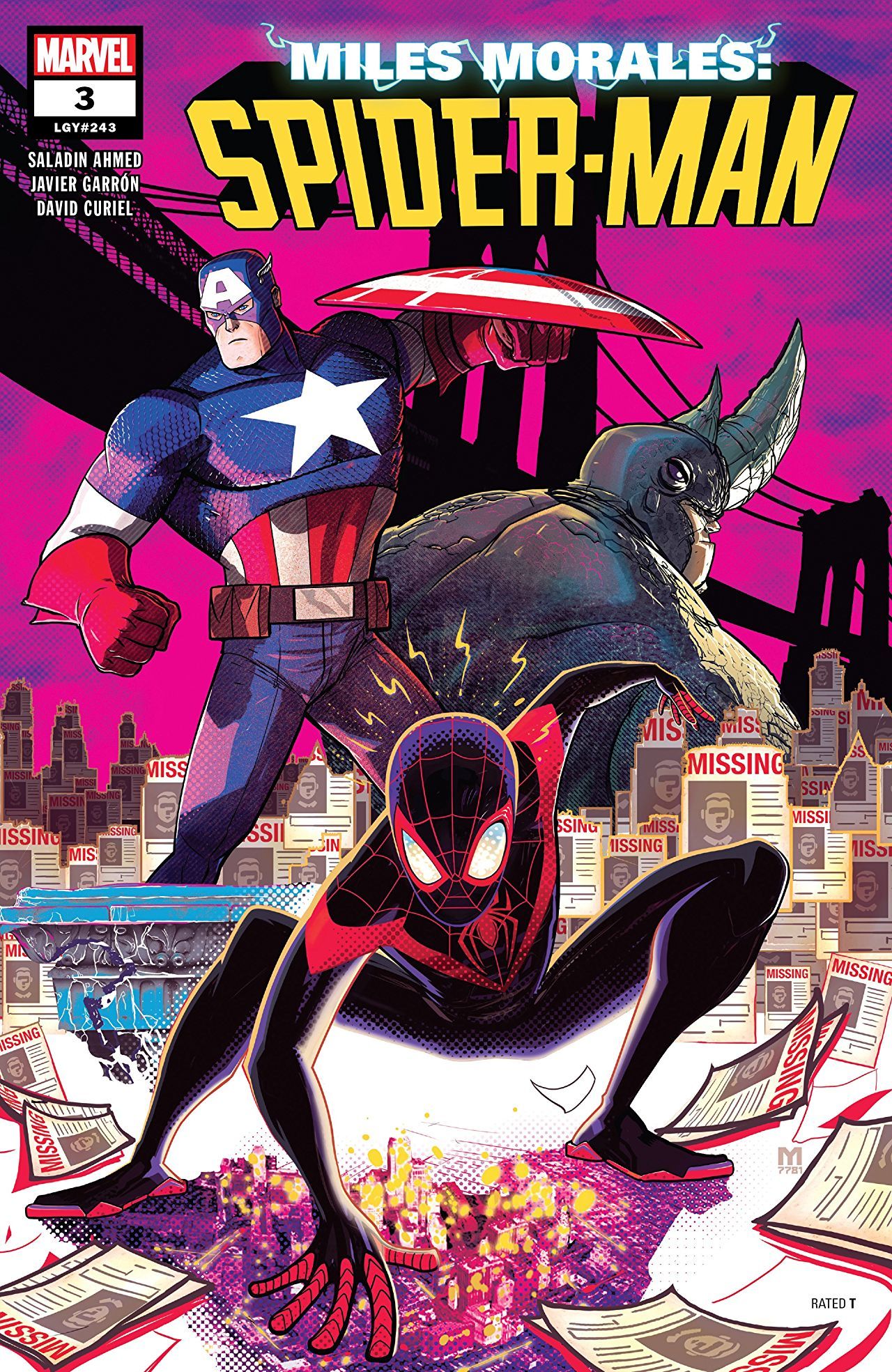 If teaming up with the sentinel of liberty himself doesn’t give you the confidence or motivation you need, then nothing will. Miles continues the strangest team-up ever by adding Captain America to his ranks. This issue is everything you could have asked for from the two, filled with plenty of fun and genuine moments between Cap and Miles.

Saladin Ahmed’s take on Miles continues to be refreshing. In just three issues, he’s really making the character feel like his own. While Miles might not be the wisecracking webhead that Peter is, there’s a certain comical charm to his awkwardness. Actually, Ahmed adds a good amount of humor this issue, especially with the interactions between Miles and Cap.

It’s really fun to see Ahmed play with a “Fish out of Water” version of Cap that’s old-fashioned to the letter. It’s like watching your grandpa with superpowers. It plays well against this more modern take on Miles. And while this is the most mature take on Miles we’ve seen to date, leave it to a Captain America cameo to remind us that Miles is still a kid of sorts and the newest superhero on the block. 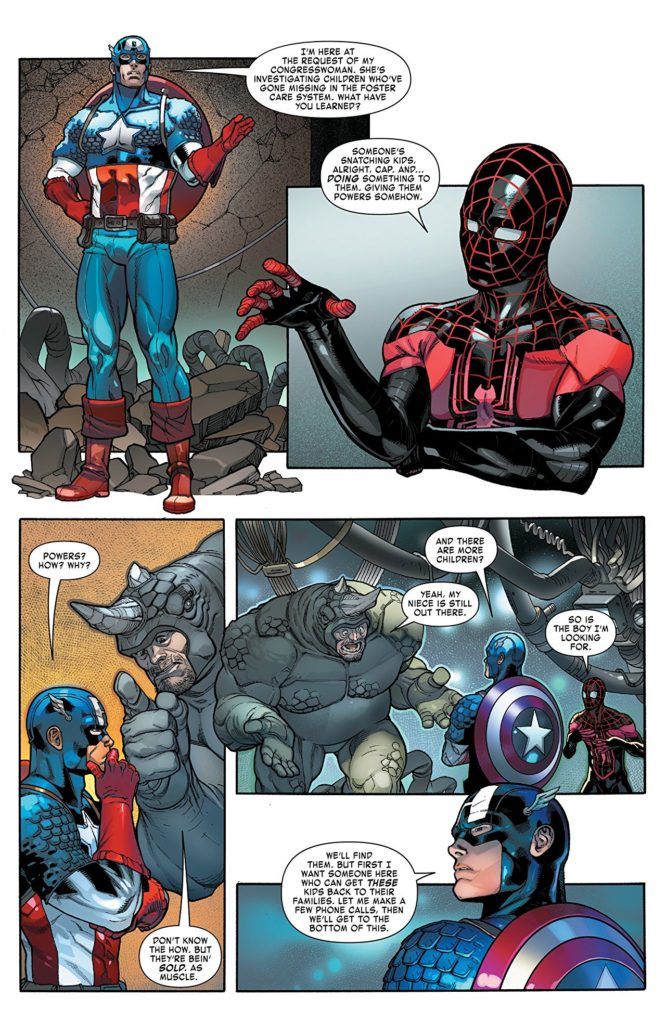 The greatest benefit of having Miles team up with Cap is the effect Cap’s presence, will, and morals has on others. Whenever Cap is there, it inspires those around him to grow and learn from someone so selfless and relatable. Even Rhino gets a little inspired. It also helps that both Cap and Miles are from Brooklyn, which is a fun way for the two to connect.

Aside from Captain America making everything better, there is plenty to like this issue. A despicable villain who you just want to punch in the face. Some good action, excellently drawn by artist Javier Garron. As well as great character growth for Miles and Rhino. One of the strongest aspects of Ahmed’s writing is how grounded and human he makes these characters feel. As this opening arc concludes, I can say with a fair bit a certainty that Ahmed’s Spider-Man is a more grounded take that gets the characters right. I can’t wait to see more.