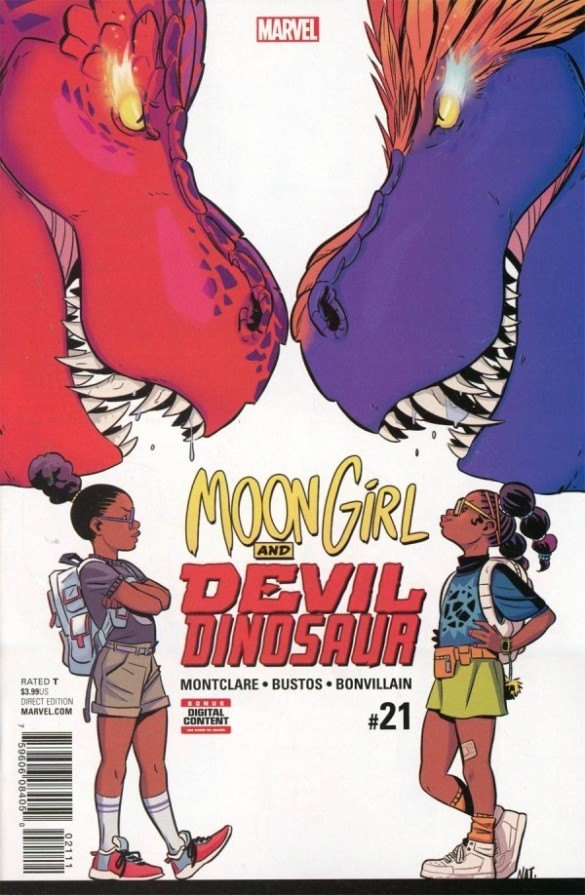 The simplest way of putting it is that Moon Girl and Devil Dinosaur are a breath of fresh air. Superhero comics these days are pretty doom and gloom a lot of the time. It’s nice to know that Brandon Montclare is on the case of making sure that there are still parts of the genre that remain, fun, heartfelt, and endearing with about a fraction of the hardcore stuff.

Issue #21 continues Lunella’s fantastic voyage with a detour into an alternate world to face of a bizarre yet familiar version of herself. Instead of resulting in a typical Star Trek “Mirror Mirror” type of scenario, Montclare went a different route that resulted in Moon Girl taking a good look at herself. That’s the great thing about this book. There are often superheroes within the genre that defeat their enemies with their minds or by using their morality to appeal to the villain’s better nature (if they have one). This issue is a great example of the hero winning the day by taking a good look at herself. 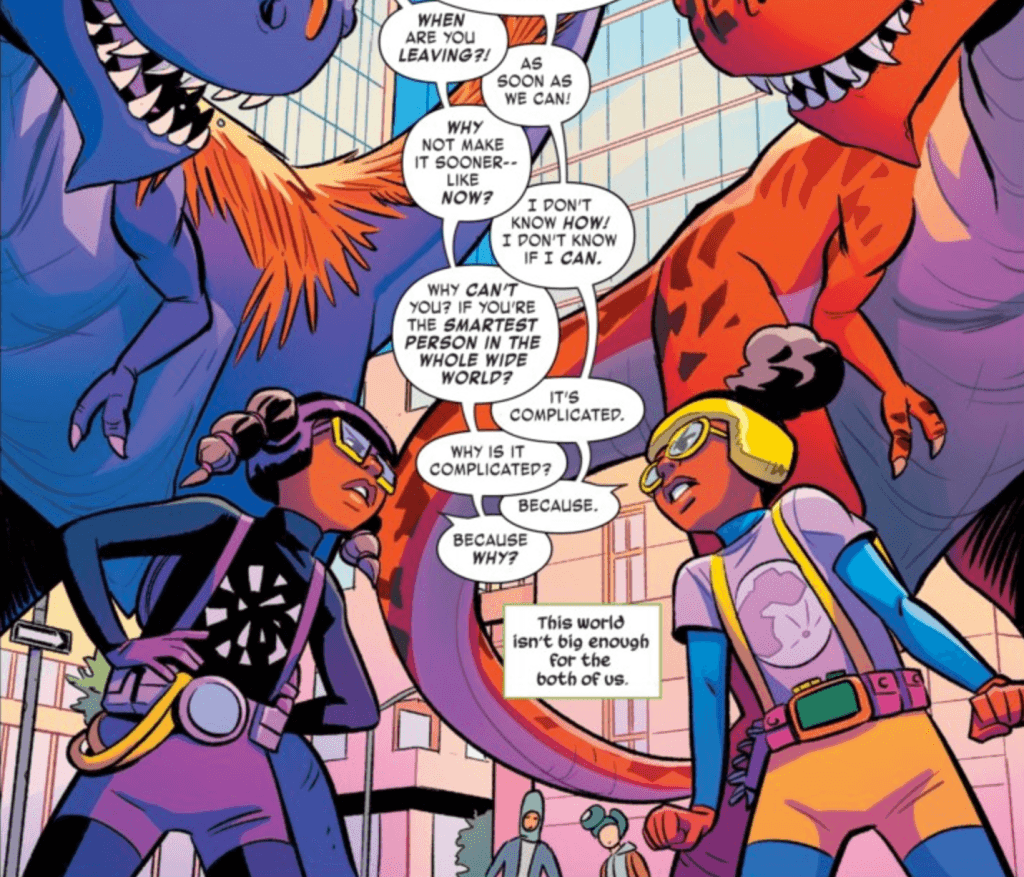 With all the fantastic daring-do, it’s easy to forget that Lunella is still just a kid trying to figure out her place in the world let alone the superhero community. As usual, Natacha Bustos is right on the money with gorgeous pencils. Bustos doesn’t just adapt Montclare’s script…she gets it. She brings a genuine, whimsical type of mischief to this book that only someone who really understands what Moon Girl is supposed to be all about could.

Bottom Line: This is a book that rarely ever misses the mark. Equal parts fun, sweet and moral without being judgmental. This is the kind of book that sets a standard that all diverse content should strive for.