Another episode of Mr. Robot, another opening scene to go down in the absolute fire history books. You know what? I’m not even shying away from it anymore. Mr. Robot has the best opening scenes in tv history. Idgaf what you think, fam! Better than Breaking Bad, better than Sopranos, better than Thrones, better than ER, better than Friends, Seinfeld and The Wire. F*ck. What. You. Heard!!

This episode’s opening scene gives us the return of a fan favorite. The conscience bars droppin, 90s sitcom loving, surprise acting beast Joey Bada$$. Leon returns just as the E Corp buildings go up in rosey white flames. This scene was so anxiety filled and tense. Homeboy on the ground with this throat opened up on that Colombian necktie flow. Trenton and Mobley flanking Leon, blade in hand, shitting the biggest bricks of their lives. But they can chill out cuz all Leon wants to do is break down the Academic failure that was not enough award season shine for Knight Rider and understandable disbelief that a balding white dude from Seattle could get as much “butt as ashtrays” as Frasier did, apparently. Cue Knight Rider theme song and a friendly drive to the desert. End scene. Phenomenal. 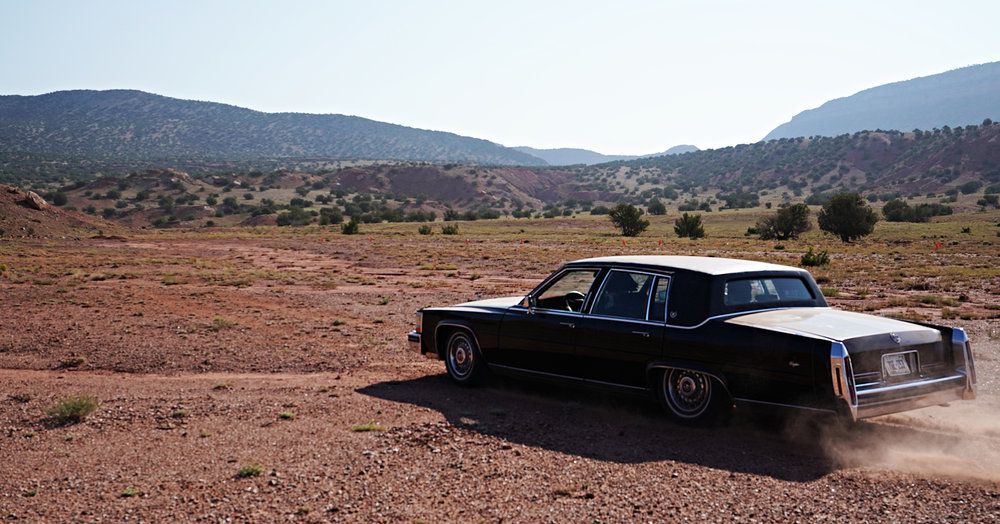 Dom and Santiago go at it once Agent D Nice begins to suspect that something isn’t adding up. She can smell a traitor from a mile away. As soon as his position is threatened, he chalks her insubordination up to being over worked, stressed or delusions of being a super cop (all pretty true) then flexes and throws his authoritative misogyny card in her face. But we all know that’s just gonna light a fire in her belly that Aquaman couldn’t extinguish.

Seems Tyrell wasn’t going off the rails last episode, and instead set himself up with a Get Out of Jail Free card. Too bad that card means nothing to him once Agent Santiago tells him that Joanna, the Queen of Monstrosity and Manipulation is dead. One thing that does mean something to him is ensuring his son doesn’t become a statistic, which is the threat Wellick is faced with if he deviates from the plan.

Joey Bada$$ out here serving audio lessons fam! Leon takes Trenton and Mobley out to the desert to bury the slip throat dude with Gang Starr’s “Moment of Truth” playing in the background. And boy did those lyrics hit home hardddd. “They say it’s lonely at the top in whatever you do / You always gotta watch motherf*ckers around you / Nobody’s invincible, no plan is foolproof / We all must meet our moment of truth” After a botched attempt to escape, Trenton crashes the caddie into a desert rock and they get forced to dig the grave.

After that amazing scene, we find out just how strategic and on point WhiteRose and her followers really are. Leon leads our former fSociety members back to their safe house where Dark Army members are removing all damaging paraphernalia. Leon chalks up his involvement to simply being a chaperone and hands them off to Minister Zhang’s assistant Chinese and her Dark Army members who sit them down in the garage to set up a scene that they know the FBI will find. All apart of the plan. They force Trenton and Mobley to off themselves in front of code filled hacker computers. FBI storms the house and find them, an Iranian flag, a camera and fSociety masks in the garage. Dom and Santiago watch from NY as they “find their E Corp attack” perpetrators. And now Agent D Nice has her eyes set on a new target.