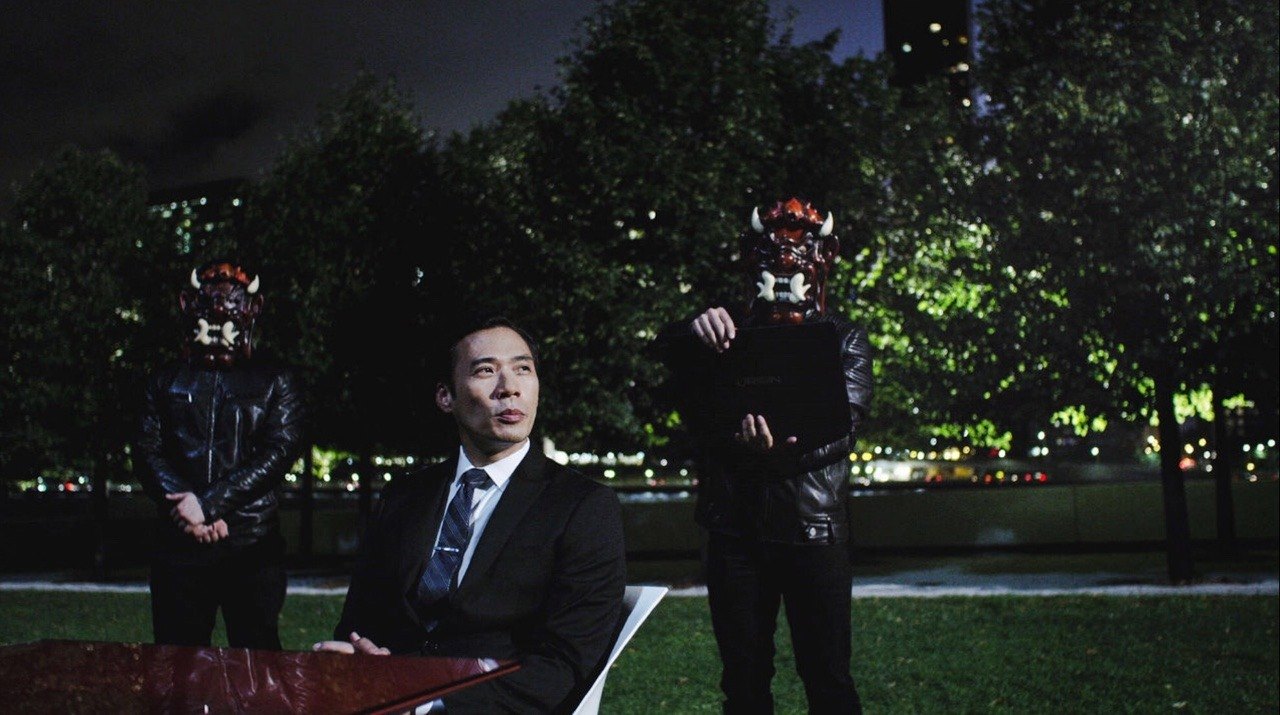 Our opening scene of the episode doesn’t pop like most of our intros this season, but it does make you wonder why Price went so hard to hire Gideon Goddard, the CEO of Allsafe Cybersecurity back before all this went down–before his career was ruined and he caught the fade while drinking alone at the bar. I mean, he was all a part of the plan, but it was cool seeing Wellick, Price, and Colby all back together again.

Elliot wakes up in his pig sty of an apartment and sees a message from Mr. Robot. He knows his other self saw the email from Trenton and was looking up info on Tyrell Wellick’s release. Elliot’s worried about what exactly Mr. Robot did while he took a back seat…and we’re brought right back to the night before. Maaaannn I’m officially sold on Martin Wallström’s performance as Tyrell Wellick. He lost me for a bit, but his reactions to the news of his wife’s death and son’s predicament got me giving all the props to this man. He walks into his old home and you can feel the pain on his face as he looks around at their old things. Too bad Mr. Robot aint got time for no grief in these stone cold revolutionary streets. Homie rolls up like, “Soak up them tears softy. Would Joanna the Venomous Savage want you out here gettin tricked out by the Dark Army or want you to get on that gutter Swedish Tech Mafia shit?!” Apparently you cant mention his dead wife’s name cuz homie heads straight for his favorite drawer and breaks out the blue latex gloves!! Beautiful callback to Wellick’s season 1 series of Bum Fights. Tyrell hits Elliot with a Tyson right hook from hell and gets ready to ground and pound the shit out of Mr. Robot until Philip Price shows up at the door. Price walks in eerily calm and is like, “Elliot you can stay, you were apart of this clusterfuck too. Ayo Wellick, I’m hittin you with this home visit out of respect cuz the shit you ’bout to hear gonna be the worst good news/bad news you ever heard. You’ve been named CTO of E Corp but it’s an empty title, son. Don’t get caught up in any ideas of grandeur or actually having a say in my company. Cool? Ok, we’re done here.” Tyrell tries it… and is shut down swiftly. Then Price focuses his attention on Mr. Robot who tosses in a weak attempt to be a boss. Price is like, “There you go on your ‘I did this, I did that’ lone wolf shit. You corny, fam. How bout you think like a leader?” Elliot is like, “I am a leader! Im a big kid now!” and Price claps back like, “Well where are your followers, oh great leader? Leaders don’t push an agenda, they inspire one.” Mic. Fuckin. Drop.

Elliot returns home to find his lifelong friend losing it. She out here on her Stoop Kid flow lookin like a hot mess sloppy prom date suffering from a mental breakdown. They go inside and are greeted by MY MAN Joey Bada$$! Leon has business to attend to with Elliot, but Angela is flying off the rails accusing both men of listening to her and trying to stop whatever plan her brain has concocted as her own. Leon dismisses her and she leaves without objecting.

Darlene and Elliot brainstorm their grand plan. Her first step is to get access to the Sentinel program the FBI uses, so she meets up with Agent D Nice and tells her that Dom’s early theories were on point. Darlene is clearly manipulating her, but that drink and ‘still single?’ convo was pretty damn natural. These two have some interesting chemistry when they’re not in FBI-informant mode.

Aaaaannnddddd Darlene and Agent D Nice come stumbling back to Dom’s apt lit off the juice, feelin’ frisky. Darlene gets up in the middle of the night and hacks into Dom’s safe, but not before D Nice wakes up and brings her down to an interrogation room. She tried to get on Sentinel and has to own up. She tells them the solution to undoing the 5/9 hack is in their building. Dom and Santiago argue over the next move. He doesn’t want to take her up on the offer…cuz he’s a dirty cop. And Dom has to worry about writing up her 302, detailing her minute to minute actions on this night where she had relations with a former CHS. Santiago is shook he’s about to get burnt and calls Irving for direction, but doesn’t get much help. Irv got that info doe.

Leon drops Elliot off to Dr. Wang who escorts da Hack Gawd to Minister Zhi Zhang’s assistant Grant, who asks him what this Stage 3 info is about. Dark Army masked mufuckas surround them so you know it’s real. Elliot complains about not meeting with WhiteRose specifically, then gets over it and tells Grant they need to destroy E coin, which is keeping Evil Corp afloat. Grant just looks annoyed that’s all he came to say and they dipset.

We transition into senile cat lady Angela pushing a cart of her belongings through the neighborhood, and she’s approached by men in suits and told to get in. She looks around and down at her companion and ponders for a second then says, “we’re ready”. Guess her and the fish have really been bonding lately. WhiteRose is flippin out because the project hasn’t shipped to the Congo yet. The overseas restrictions are more than she anticipated and The Congo is living under a state of Martial Law so their contacts are afraid. Her right hand keeps it a buck and tells her she has blindly indulged Elliot’s whims too much, while not following his plan and those decisions got them in this predicament. She tells a tale of the need for force when it comes to men like Philip Price. Grant says he’ll go back to their partners with a more persuasive argument. That pleases her…until he adds that Elliot’s stage 3 plan is to target E Coin. But the intel they got from Irving about Darlene detained with the FBI talmbout a way to decrypt E Corp’s data, tells them that Elliot is lying and targeting them now.

Elliot finishes off the episode by returning to Hack Gawd levels when he baits WhiteRose’s workers into his traps while he flexes behind the keyboard. Mr. Robot is full steam ahead with the season finale coming.