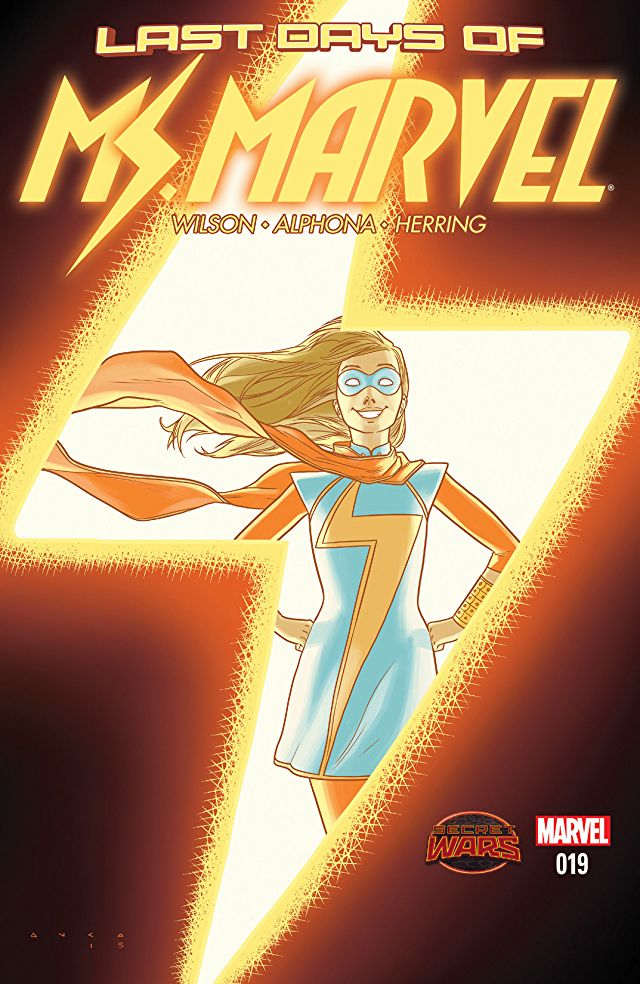 You’ll have to excuse me if I get emotional at any point. For the record, Ms. Marvel is NOT going away (just relaunched under the All New All Different Marvel banner), but it feels like we’ve come to the end of very touching chapter with Black Nerd Problems’ adopted little sister. One year and 19 issues later, it feels like we’ve witnessed the evolution of a young diverse hero tailor made to be at the forefront comics of a different sophistication. If the past 18 issues have been Kamala Khan’s first semester as a hero, this issue is her final exam.

And I’m happy to report she passes with flying colors. Most of the issue is dedicated to her settling personal affairs with her friends and family as she carries the knowledge that the end of the world is imminent. Considering the fact that this story arc takes place just before the events of Secret Wars, it should make for a glum issue, but that would be uncharacteristic of this series. Before her embiggened fists, Kamala’s (and, really, the book as a whole) greatest superpower is her tireless optimism even in the face of the inevitable and G. Willow Wilson reminds us of this essentially on every page. Kamala doesn’t spend a single panel of this issue in costume and the book is still as strong as it would be if she were giving bad guys the work. I mean, she doesn’t even flash a tough look at a villain and yet, by the end, you still find yourself saying, “Congratulations, Kamala. You’re a hero.” Adrian Alphona spares no expense artistically to compliment Wilson’s endearing, quirky script. Without giving too much away, there is a dance party in this book and it’s a Top 5 candidate for the series’ best moments so far. 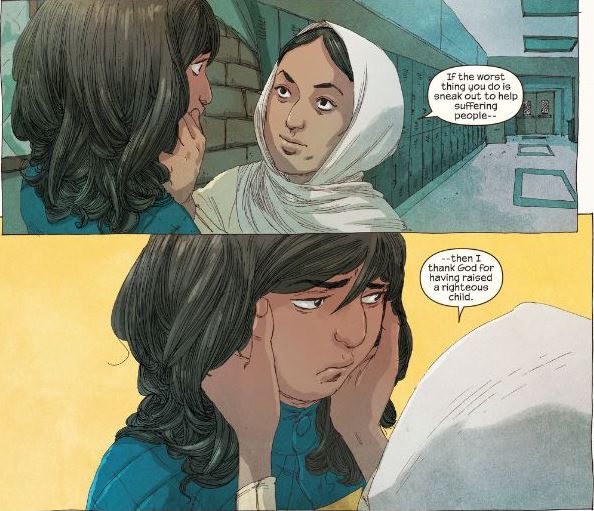 Bottom Line: There are no action beats to speak of in this issue and yet it still a standout example of why this is one of the best mainstream comic books on the shelves right now. Giving this book anything short of a standing ovation would be an insult.

10 Bollywood Dance Sequences out of 10