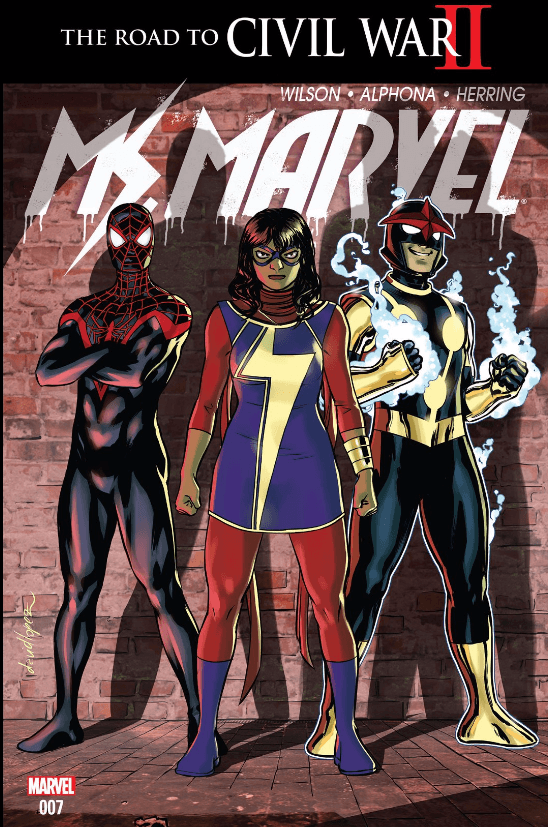 After the events of Issue #6, Kamala, with the help of Captain Marvel and Iron Man, clean up the clones, attends her brother’s multicultural wedding, and generally gets her life back on track — as much on track as it can be when she’s still a high schooler with inhuman powers. Things are settled enough that Kamala takes some time to be a proper high school nerd and compete in the TriState Science Fair. 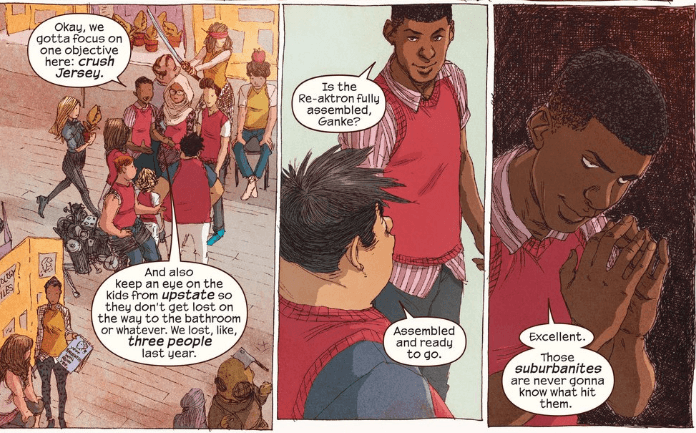 Here, as in all other media, the rivalry between Jersey and New York is as old as the American Revolution and as bitterly fought. So we know we’re in for a fight.

But hold on a minute, I think I hear a ship in the distance:

Is this a chance for Kamala to hang (literally) with Miles and maybe pull this ship into port? Sort of. Instead of a romantic meet-up, the two engage in a scientific rivalry involving SkyShark, Nikola Tesla, and a pocket fusion reactor. They use their powers to spy on each other, and discover the spying, only to be forced to work together to save the entire science fair from the dangers of science itself. It is a fun setting full of sight gags in the backgrounds of the panels that will have you doing double takes. They definitely let Alphona do whatever he wanted with this art and it is glorious in its chaotic creativity.

As the action wraps up, Miles’ friend Ganke sets up what we all know is coming next. 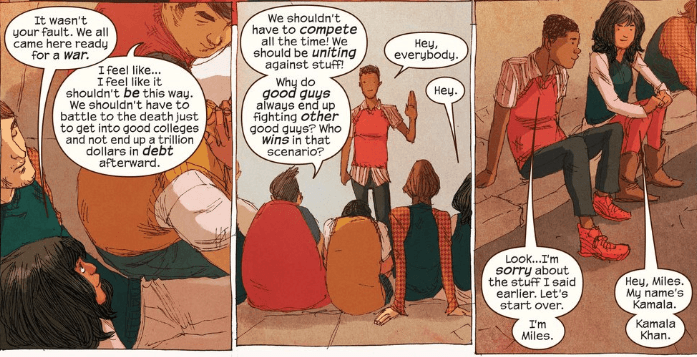 Why do good guys always end up fighting other good guys?

Good question Ganke, one the entire Marvel Universe is about to explore starting in June with Civil War II. Kamala and Miles will be a big part of that event as they represent the next generation of heroes. Let’s see how they answer it.

8 Experiments Gone Wrong out of 10