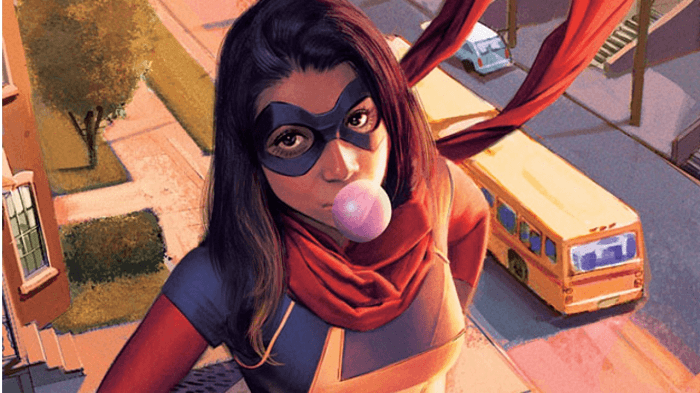 Even if this was as simple as a “Never meet your heroes” scenario, this promo (if used in such a way) could still be the best comic book cover in a long time. Well, except for this one. But the teaser cover for the Civil War II story line is so, so much more. As a quick brief for those that don’t know the Civil War storyline, the original version (the basis for the movie headed to theaters) pitted Iron Man against Captain America. The Superhero Registration Act is the crux as Iron Man (in working with the government) believes that Heroes should reveal their secret identities to the public and be approved by the government to engage in superhero activities. Captain America…does not. What resulted is perhaps one of the best Marvel crossovers to ever exist and knowing anything about the story would only amp you up for the movie even more.

[quote_left]What resulted is perhaps one of the best Marvel crossovers to ever exist and knowing anything about the story would only amp you up for the movie even more.[/quote_left]Capitalizing on the hype of the forthcoming movie and taking advantage of the All New All Different Marvel, the announcement of Civil War II coming, surprised, well, no one. It’s basically the perfect time for it. The story this time revolves around the introduction of a technology that predicts crime before it happens and allows the would-be-but-not-yet perpetrators to be arrested before committing a crime. Yes, you’ve seen Minority Report before and so has the staff at Marvel. This time, the teams will be forming behind Captain Marvel aka Carol Danvers who wants to use the technology for law and order, while Iron Man aka Tony Stark thinks that it’s wrong and overreaching to use this tech. Yes, Tony Stark, the dude that is responsible for 80% of the technology driven evil that happens in the Marvel Universe is on the side of civil freedoms and liberties. Yeah…we feel some kind of way about that at BNP. Like the original, Marvel’s mightiest heroes will line up on each side and eventually beat each other’s faces in for a period of time, possibly with some surprise casualties.

Even if you don’t know the original Civil War story line and have only followed comics for the last couple of years, there’s a good chance you know who the current Ms. Marvel is, the beloved Kamala Khan written by Goddess in the Panels, G. Willow Wilson. She, occupying Carol Danvers’ old post of Ms. Marvel, idolizes her predecessor to a fault. Upon getting her powers (with the ability to manipulate her physical stature and appearance), Kamala, a Pakistani-American teenager, shape shifts herself as Caucasian when she’s in hero mode because she believes she should look like the (specific) hero she aspires to be (great identity work done by Wilson in that arc by the way). Bottom line is that she rides hard for Carol so there’s of course intrigue when you see her tearing apart a poster with her inspiration’s face on it.

This doesn’t just make for shock and awe for those of us that read the comics (it does that too), but it speaks to a larger phenomenon, especially for younger People of Color. What happens to our heroes when they betray our ideals? What happens to our idols when they directly contradict the philosophies we cultivate?

Maybe you laughed and sneered along with The Donald when the Apprentice was at its height, tuning in every week to watch him insult someone new. How’s that working out about now? What Black teenager in the 90s didn’t want to be Riggs (Mel Gibson) partner in the next Lethal Weapon flick? Does this kind of thing fall exclusively across racial lines? Of course not. Just google “Talib Kweli” and “colorism” for a recent example. But there is a unique sting for a young Person of Color to look up to a White character and be let down in the most predictable ways. You spend your time searching for signs you missed, blaming yourself for investing and trusting, while wondering if it will make you forever cynical. 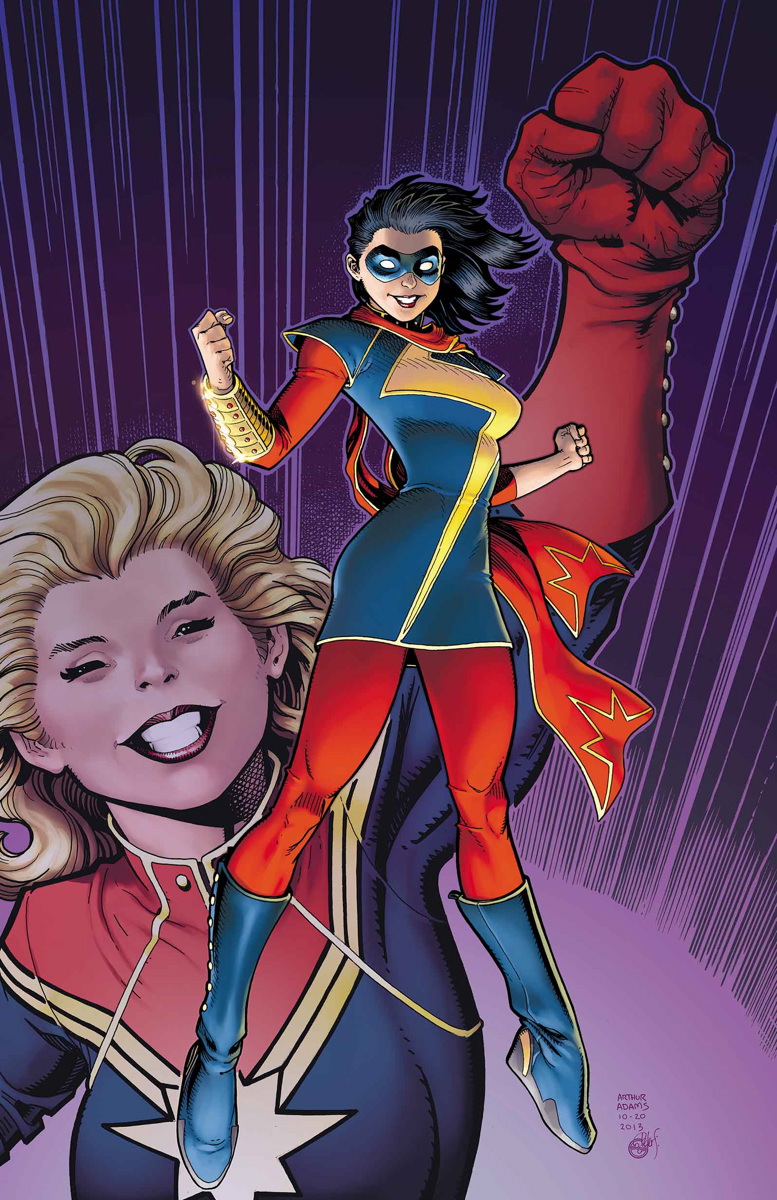 I see that in Kamala’s disappointed smirk. She idolized and trusted Carol with her admiration and now she feels betrayed. Past a breaking point and now in full attack mode. Is Captain Marvel some rampaging racist toupee wearing blowhard? Absolutely not. She’s actually one of my favorite characters, especially in Kelly Sue DeConnick’s hands. But when power and overreach of a governing entity is questioned, it almost always affects the poor and the minority. Kamala is doing what any of us would do, could do and are doing. Pushing back, as painful as it may be. Burying a hero that’s still here. Ripping apart a symbol of the naivety you used to hold.