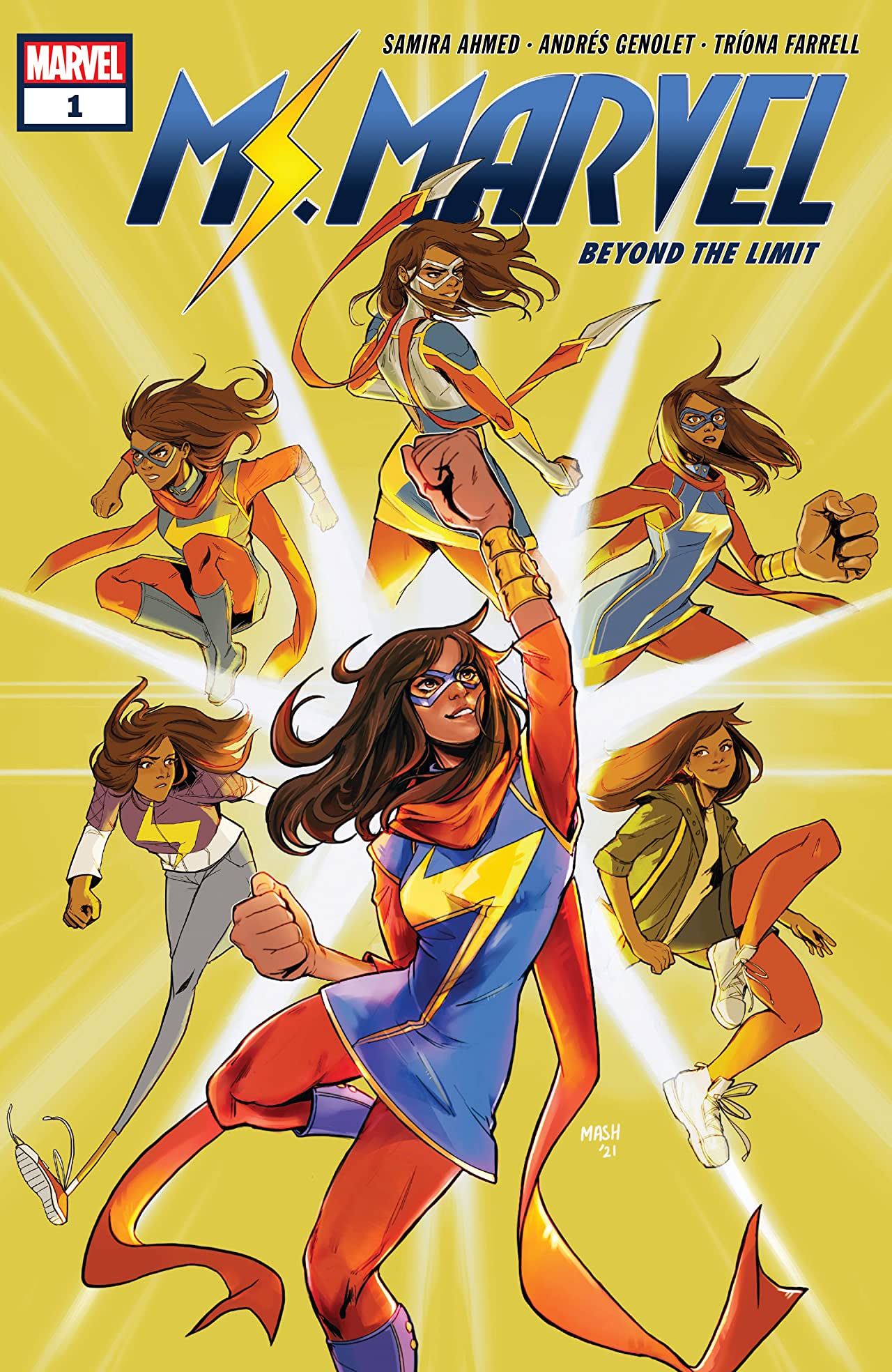 One young Marvel hero I’m always happy to see remains mostly untainted by editorial mandates and being shuffled off to incompatible creative teams is Kamala Khan aka Ms. Marvel. It seems like the majority of books I’ve read starring our heroine seem to be by people who truly get the character. Ms. Marvel: Beyond the Limit is a miniseries that remains in sync with this thought.

While visiting her brainy cousin in Chicago, Kamala has a run in with a thief in a science lab. Somewhere along the way, the encounter leads to multiversal hijinks of hilarious proportions. There’s not a whole lot of action in Ms. Marvel: Beyond the Limit #1, but Samira Ahmed demonstrates the fact that kicking butt is only a fraction of why we love this character so much. Kamala isn’t just new to superheroing. She’s a semi sheltered kid that’s still what Shakespeare would call “a stranger in the world” and it’s fun to see the world through her eyes. Meanwhile, the sci-fi shenanigans she finds herself in towards the end of the issue….I literally LOLd reading in a room by myself.

Ahmed knows exactly how to throw Kamala in the thick of things while never allowing the character’s world to take itself too seriously. Meanwhile, the artwork Andres Genolet in Ms. Marvel; Beyond the Limit #1 offers up here is simply gorgeous. The diverse color palette combined with the attention to detail and creativity in every panel all make for visuals that keep the pages turning even in an issue that is mainly exposition, plot establishment, and character development.

Bottom Line: Samira Ahmed makes a book that perfectly blends superhero fun with coming-of-age sensibilities. If you like the majority of Ms. Marvel content, there’s no reason to believe you wouldn’t be into this title. It’s well worth the coin.