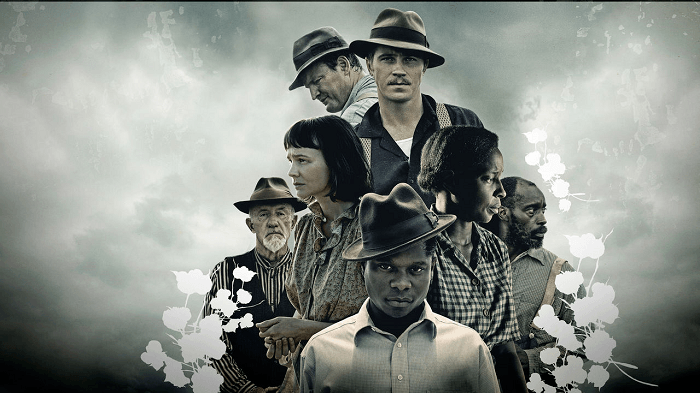 Three years ago this month, my son was born via emergency cesarean; he had a true knot in his umbilical cord, and it was wrapped around his neck four times. For weeks after his birth, I held him tight against my breast, contemplating the theory that racial trauma is genetic and wondering if he’d been reenacting our American legacy, trying to lynch himself in my womb.

I have avoided certain kinds of films for some time, and especially since I became a mother–namely, period films about Black people. Because, let’s face it: if it’s a period film about Black people, and especially a period film set in the United States, it’s probably a film about slavery or Jim Crow. I have not seen 12 Years a Slave or The Butler or even Hidden Figures. I also have not seen Nate Parker’s The Birth of a Nation, but there are even more complicated reasons for that.

I don’t mention the films I’ve skipped out of any sense of pride; I’m simply acknowledging that my viewing choices have been out of a sense of self-preservation. A few months back, I stumbled upon The Immortal Life of Henrietta Lacks late one night while staying at a hotel, and as well made and moving as it was, I ended up with the predictable emotional response: simmering anger and immense sorrow. So many of these films seem made for a white audience; nothing makes contemporary white racism seem mild more than slave traders and the KKK. These films end up feeling self-congratulatory experiences for white liberals instead of revelatory. On one hand, I have often wished for more, honest portrayals of our experiences. On the other, I also have sought to avoid those feelings, so familiar as I navigate this world as a Black woman and as a mother to a Black son. So I’ve refused to see movies that I’m sure, if I could somehow disassociate enough, I would enjoy.

And so, when I sat down last week in a San Francisco theater to see an early screening of Netflix’s Mudbound, the expansive post-World War II drama directed by Dee Rees, written by Virgil Williams and Rees, and based on the 2008 novel by Hillary Jordan, I took a deep breath. 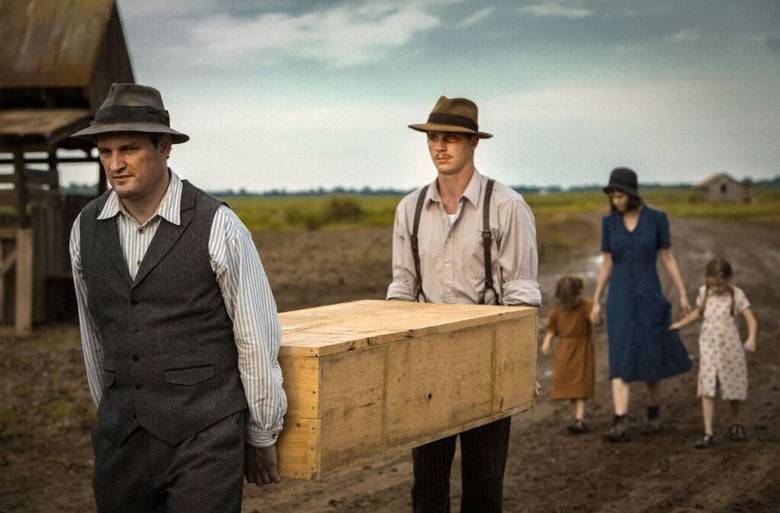 The film opens in a muddy field by the side of the road with two white men digging what appears to be a grave. It doesn’t take long for them to discover that land’s already inhabited–they find bones, a skull with a hole blown through it and a leg bone with a shackle and chain still attached. “It’s a slave’s grave. We can’t bury him here. There’s nothing he’d have hated more.”

And so begins this tale that is both intimate and historical, tied so specifically to its place in the Mississippi delta but also spans the globe, about two families surviving on the same land – soaked with the blood of one, but owned by the other. Mudbound tells the tale of the Jacksons, a Black family of sharecroppers who have worked this 2,000 acres for generations, growing cotton while lusting for their own parcel and the freedom and self-determination that come with it, and the McAllans, a white family that arrives when Henry McAllan (Jason Clarke) decides to make his unspoken dreams of farming a reality.

The film’s point of view shifts from that of one character to another as in Jordan’s novel; multiple characters act as narrators, less driving the story’s action than providing background on their personal and familial histories. Laura McAllan (Carey Mulligan), a would-be spinster, is grateful to Henry for marrying her but shocked when he decides to move their family from a middle-class life in Memphis to rural Mississippi. Hap Jackson (Rob Morgan) is a dedicated father and preacher whose poetic narration lays out the generations-long struggle of his family to own the land upon which they toil and therefore their destiny. His wife Florence (Mary J. Blige) is a quiet-spoken mother who gives voice to the many Black women forced to leave their own children and raise someone else’s.

At the center of the story are Jamie (Garrett Hedlund), Henry’s dashing younger brother, who returns from flying bomber jets over Europe to his brother’s farm; and Ronsel (Jason Mitchell), the eldest of the Jackson children, who returns from commanding tanks under General Patton to the relentless bombardment of the Jim Crow South.

Perhaps it is this shifting of perspective, this effective leveling of the characters, that makes Mudbound such a tour de force as it tackles the film’s broad themes – the trauma of war, white supremacy, rural poverty, the sacrifices of motherhood. Creeping around the film’s edges is a darkness and foreboding that manifests in Pappy, played to horrifying effect by Jonathan Banks and who manages an even more menacing presence here than as Mike in Breaking Bad. When Jamie and Ronsel forge an uneasy friendship, navigating their PTSD and longing for the world beyond their mud-soaked corner of the delta, Pappy acts as a constant reminder of the horrors lurking at home.