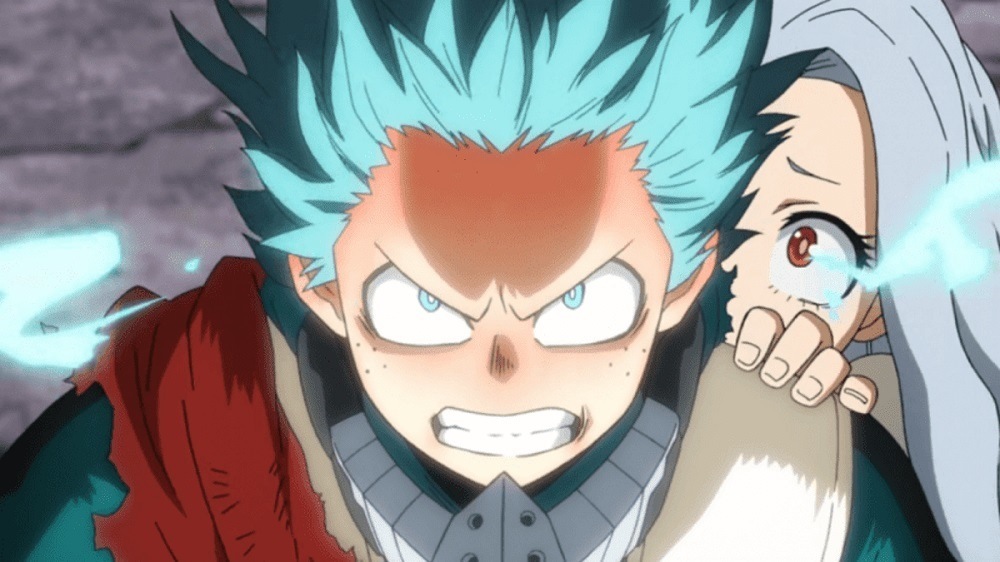 We gotta take a baby hop step back to the beginning of the raid. We thought that Rikiya was restrained, but your boy been dopin’ up and able to inhale life essence without touching them. He drains them teens down to the marrow and starts to go on a rampage again, but Ryuku ain’t havin’ it. They band together and hem up Rikiya again. He can’t believe they can move after his attack, but the homies been on that All Might grind cuz they stay going beyond.

Somehow Deku approaches telling them the fight is below them and they need help…which we know something ain’t right with that shit. But the whole crew comes crashing through the roof and we learn Toga impersonated Deku so the heroes would crash down to where the fight was, causing more confusion. They’re plan is the nab Eri too and they trying to use Confine (well, a clone of Confine) to do it.

I mean, good luck cuz this fight is crazy as fuck as it is. Overhaul is making his move to escape with Eri, and she just kind of a willing passenger. But she catches sight of Mirio’s cape and decides all this sacrifice can’t be for nothing.

We get a flashback of Chisaki first joining the Yakuza with the big boss telling him about his daughter and Eri’s abilities. Boss wants Chisaki to investigate her quirk more and find out what she’s capable of. Basically, she can rewind muthafuckas on an evolutionary scale.

Presently, Eri is fed up. She takes the Nestle plunge off the rock to make her way to Deku.

Can we talk about this solemn ass, emotional ass, I’ll see you on the other side music they got playin?!? They was really out here just trying to run you for your tears man. Eri makes the leap and lands in Deku’s arms. Overhaul ain’t having it though, and my dude is throwing everything at Deku. The air dodge too real though. Deku gotta go all out and I mean, all the way out. My dude hit that jump thrust so hard he’s flying. 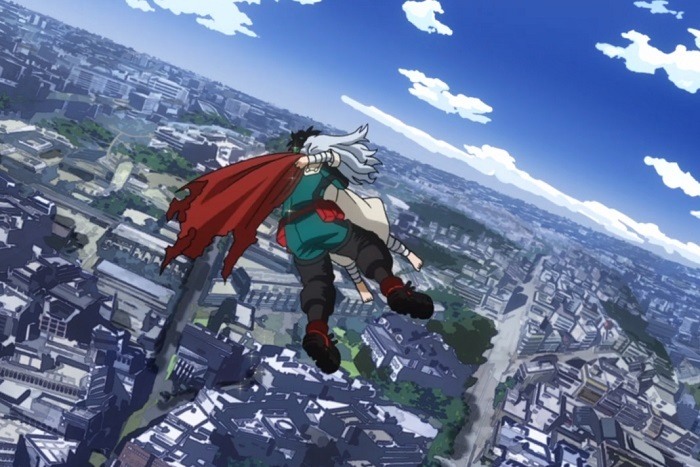 Chisaki is pissed my dude didn’t even tell Eri what her power was or how to use it, but she working overtime to get away from him right now. Deku realizing that he used 100% of Plus Ultra, but his body ain’t broken in a million pieces so something is up.

But the shit going down in the pit though? Fam. Chisaki done taken Rikiya apart and merged with dude. Now, he out here looking like a Bloodborne boss fight. Nighteye, who still has a stelagmite through his chest, is telling them all the future. He’s seen Midoriya die by Chisaki’s hand to get Eri back. The heroes can’t sit idly by and watch that shit, but they don’t have much of a choice.

Overhaul gets to the surface and calls Eri cursed. Saying she might rewind Midoriya if he keeps holding her. Deku was like NAH B. THIS SHIT IS A GIFT. He bout to plus ultra with no consequence all up and down on Overhaul’s ass.

He strapped Eri to his back with Mirio’s cape and now she’s the most powerful backpack in history. My dude hit Overhaul with that smash and turned dude into a satellite. You can pick up DirectTV on Overhaul right now.

Apparently Chisaki was taking the “research” a little too far and getting the crew involved in some shit the boss ain’t like. So, what Chisaki do? Hostile fucking takeover. I don’t know what dude disassembled on the boss, but that’s why he’s on life support now with that slow drip IV. Chisaki needs room to do his work. The goal was to supply villains with the boosting drug and the shit to erase quirks while selling the heroes the restoration (from Eri). I mean, look, we stan a man with a plan, nahmean. 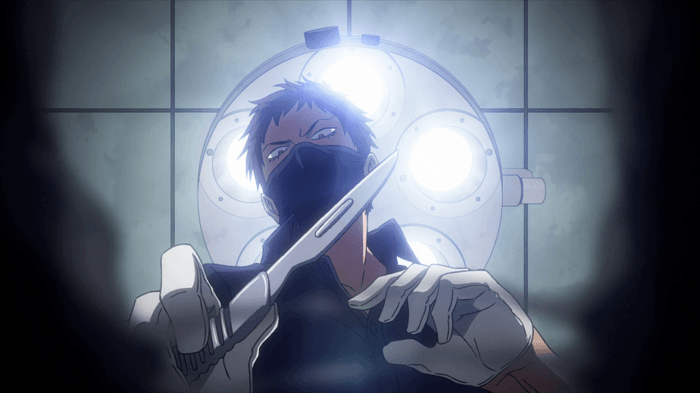 In the present, your boy Chisaki still in orbit. But he regains consciousness and is determined to not let his dream die. Look. Look. MHA has had some amazing fights. But this shit? With Overhaul disassembling and reassembling his limbs? Deku flying around looking like a Super Saiyain down to the plus 9000 energy and hair? The fucking Saitama fist of fury with a side of Hashirama 1,000 palm strike with no wood style? Are you fucking kidding me?

How many Shonen references can they put into one fight that lasted like 90 seconds?! When it was all said and done, Deku smacked the Toucan Sam off of Overhaul. 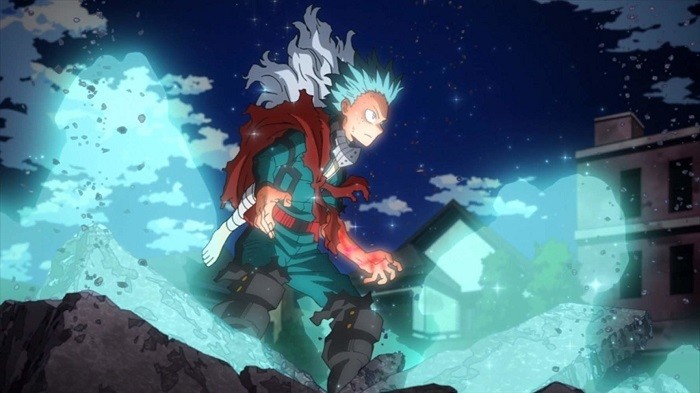 Nighteye looking at Overhaul knocked the fuck out, and Deku standing there looking like a non-trash Gohan that maybe the future can be altered.

Phew. I’m exhausted and also can’t wait for the next episode.