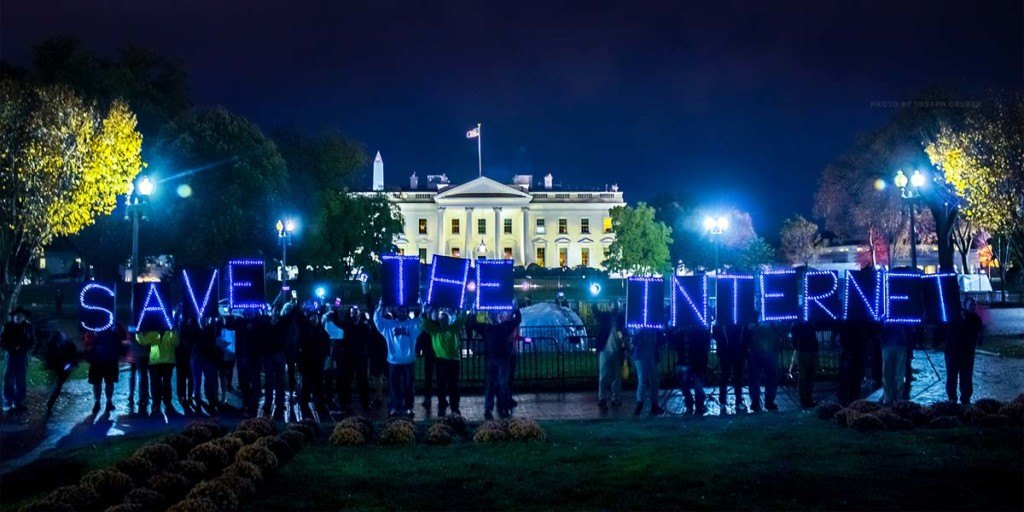 It’s January 2018, after the apocalypse of the Internet.

In this world, it took about 5 minutes for this article to load before you were able to read this. You can’t access Facebook or Twitter; you’ll have to pay an additional fee to access certain websites. Developers of your favorite sites pay extra to avoid their sites being blocked by your ISP, but there are small-time sites with less revenue that can’t make it. Vimeo is taking longer to load because YouTube is paying your Internet Service Provider to run their site more quickly to drive up traffic. You also have to pay extra to download anything, including your Spotify or Apple playlists and all of your favorite podcasts.

[divider type=”space_thin”]
You also can’t use PayPal because Comcast has a deal with another payment service. What’s worse, you HAVE TO USE BING. Because Bing is paying your ISP to slow down Google.

[divider type=”space_thin”]
This is the dystopia we face if we lose the battle for net neutrality. Here’s what’s going on:
The Federal Communications Commission is the entity that oversees the regulation of interstate communication including television, radio, satellite, and cable. This agency, which prides itself on promoting competition in an open market, encouraging innovation, and revising regulations for new technology to bloom, has been proposing for years to end net neutrality, and thus ending its opportunity to be able to do its job.

What is Net Neutrality?


[divider type=”space_thin”]
When I go online I expect to be able to visit any site I want, sending and receiving data as I please. I expect to be able to reach any given site within a reasonable speed. This is a neutral internet — the reasonable expectation that my Internet Service Provider will give me access to the web in all its glory without interfering with my ability to do any of the things I want. Comcast, Verizon, and other web giants are fighting net neutrality. What they essentially want is to divide our access to the internet into separate lanes. If you pay extra, you can access the “fast lane” to all of your favorite websites, but if you can’t afford that you are stuck with the “slow lane,” which means slower download speeds to whatever content your ISP doesn’t feel like you need access to.

This would be maybe slightly less troubling if it weren’t for the fact that the current head of the FCC, Ajit Pai, is on their side.

The only people who benefit from killing net neutrality are the top of the food chain amongst ISPs and legislators—the ones who will profit from it.

Are you outraged yet?

Here’s How We Stop It

1) RESEARCH. By reading this, you are already on the right path. I don’t, however, want you to take my word on any of this. There are so many resources at your disposal that outline the ways in which net neutrality has allowed us to thrive for so long, and resources that can inform you on why the FCC can’t justify changing the game. The more informed you are, the more informed your decisions and actions can be in the fight to keep our internet open for everyone.

2) TALK. Keep this issue on the front page by discussing with family, friends, anonymous souls on the web — whomever. The more eyeballs on the issue, the better chance of continuing to build an army willing to fight. Whether you upvote, like, or share posts; whether you briefly tweet about the issue; whether you make your own poster, take it downtown near all the hottest bars and clubs around 11 PM and shout about it at whomever is listening; every form of activism helps.

This brings us to the third way in which you can help the cause:

Tell the FCC to go FCC itself.

3) FIGHT. You can write letters to the FCC, you can reach out to our Congress and Senate representatives and let them know how this issue directly affects you. It is equally important to call and tweet at your congressmen and women who stood for our fight and thank them for their support.

January 2018 is an arbitrary apocalypse deadline, but in truth that reality could be much closer. Regardless of where you stand on this issue based on your own experiences and opinions, make your own informed decision and act on it.