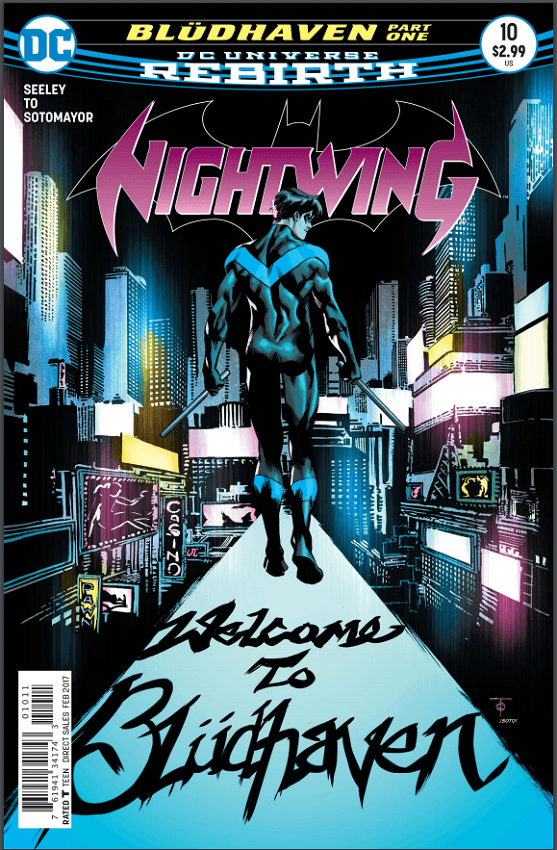 After the opening arcs with Nightwing working with and then against Raptor to bring down the Owls (again), Grayson has fallen back into a familiar setting as he puts roots down in Bludhaven. Grayson feels he’s in need of a fresh start to not only further break from Batman’s shadow, but because he needs the space after ignoring Batman and Batgirl’s warnings about the Raptor which led to almost dire consequences. After an odd Batfamily opening that explained why Nightwing has left Gotham, we see that Bludhaven has its own issues that our hero gets to walk into. There have been some violent crimes taking place, so what better remedy than a caped hero (even if the authorities don’t want that). 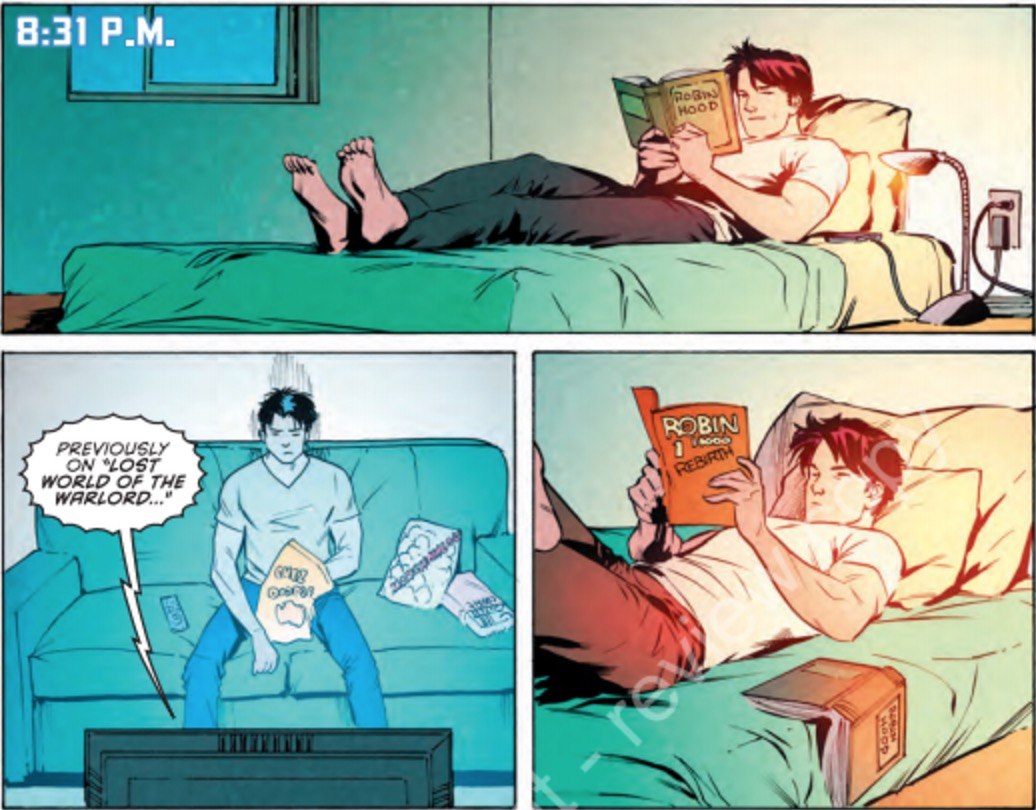 The issue centers mostly on Grayson apart than Nightwing, as he attempts some semblance of a normal, domestic life. But it’s hard to settle down and read a good book when you’re use to jumping from tall buildings and brawling with villains under the night sky. It will be interesting to see if the theme of Grayson trying to settle down ends in this issue or if Seeley will try to pursue it more during this arc. While it definitely became a Marvel thing to show Avengers when they weren’t on Avengers business, Dick Grayson would probably make an interesting character to see in domesticated/odd-jobs-for-odd-hours set up. Still, the new characters we meet and the set up of the mysterious events in the new city make this entry into Bludhaven interesting as a starting point. 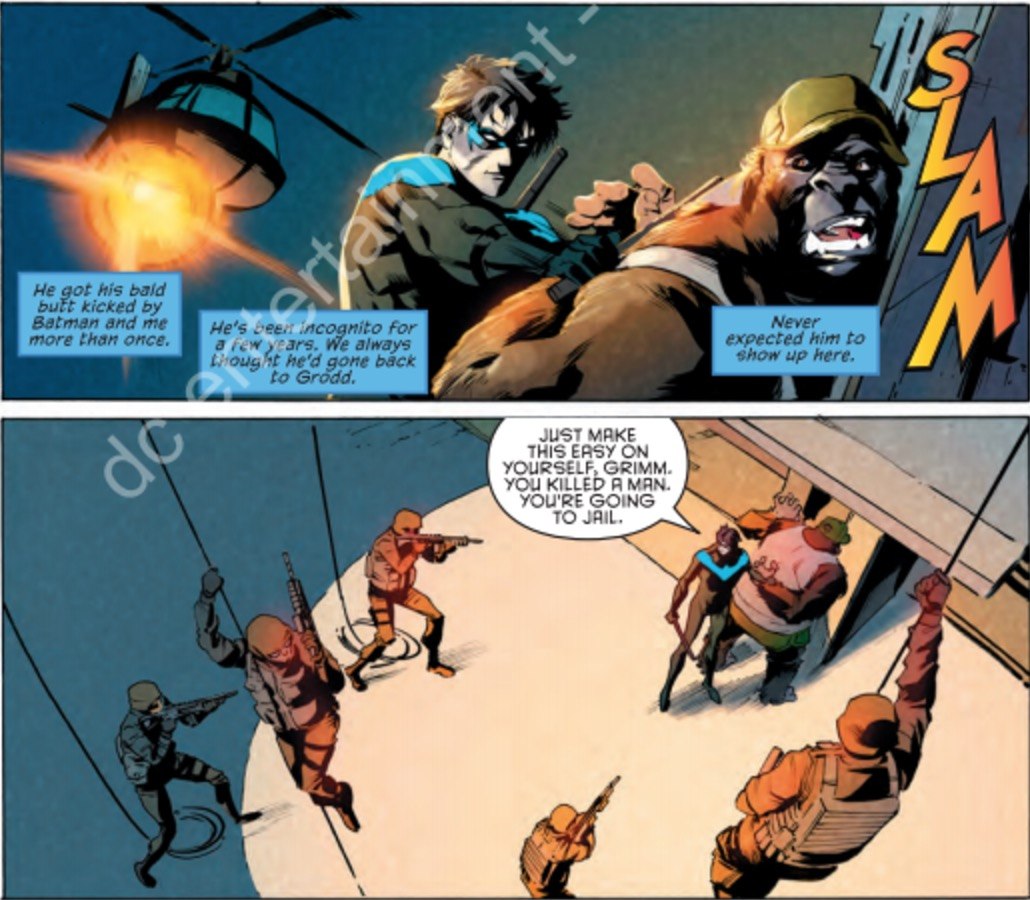 Marcus To is on artist duties this issue and it mostly holds up the story. The interiors tend to be a bit bland, but the characterizations work well and he draws a good, unassuming Dick Grayson. The action sequences (few as they are) are still the artistic highlight of the book.

Nightwing is back in Bludhaven (for the first Rebirth time) with a little mystery to kick things off for him. The intrigue is there to see how our hero explores his new home and sees what is lurking beneath the surface.