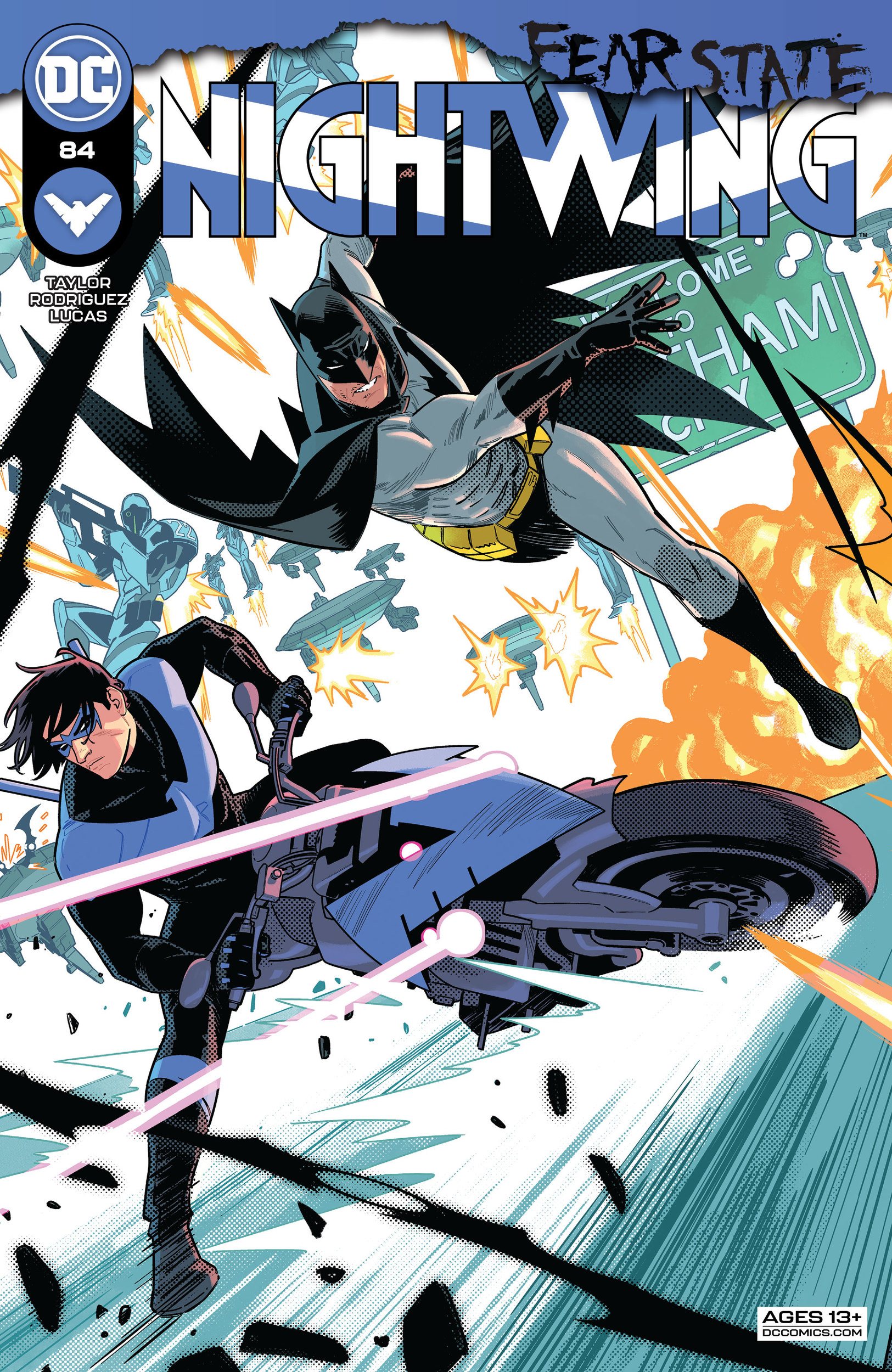 In Nightwing #84, we take a little break from the ongoing story in Blüdhaven with Heartless, and Dick’s promise to make the city better, and we follow Nightwing to Gotham where the Magistrate has a chokehold on the city and all of its inhabitants.

If you’re reading Batman, you know what I’m talking about. But if you’re not, you’re likely as confused as Nightwing is when he gets to the city that he was raised in. So, let me break it down for you.

Fear State is an event that spun out of Future State from earlier this year. It was when DC envisioned possible futures for the multiverse. And it’s where we got introduced to a lot of the new characters that we’ve been getting familiar with over the past few months, like Jace Fox.

In one Future State story, we see a not-too-distant future where the Magistrate, a paramilitary police force, takes over the city in an effort to protect it. We all know that can never go well. But now when you add Scarecrow trying to control the city by inducing fear into all of its citizens, you know people are mad that they didn’t move when they had the chance. That’s where we find ourselves presently.

So how’s Nightwing tied up in all of this? Well, he gets a call from Oracle summoning him to Gotham. But when he gets there, he finds out it was a trap, and he and Batman have to fight their way through Magistrate drones and regroup to figure out what they’re going to do and how they can stop the Magistrate from spreading.

I usually hate tie-ins. And to be honest, this issue didn’t really change my opinion. The thing I hate most is that the characters have to drop whatever they’re doing in their main books to go and do something else in another. And out of nowhere. It almost always feels forced.

But Tom Taylor eased that jarring feeling by giving Nightwing a few pages to acknowledge that he’s putting his Blüdhaven goals on break for a second. It was a small gesture, but I found that it really changed how I felt about Nightwing #84. Yeah, it still sucks that we’re taking a break from the main Nightwing story, but at least Nightwing knows it sucks too. It’s crazy how effective that was for me. More tie-ns should do this, and I know some have in the past. But I understand there’s only so much space to work with.

I really like the art in Nightwing #84, though. The usual Bruno Redondo is gone and Robbi Rodriguez is in his place. Not only does Rodriguez provide a visual language that reminds us that we’re in a different place, following a different story, but I found that the art was really suitable to what’s going on. It’s a little bit more stylized, especially compared to Redondo, and it has its own gritty signature that really feels in line with a city like Gotham.

8 Crime Alley Fights out of 10