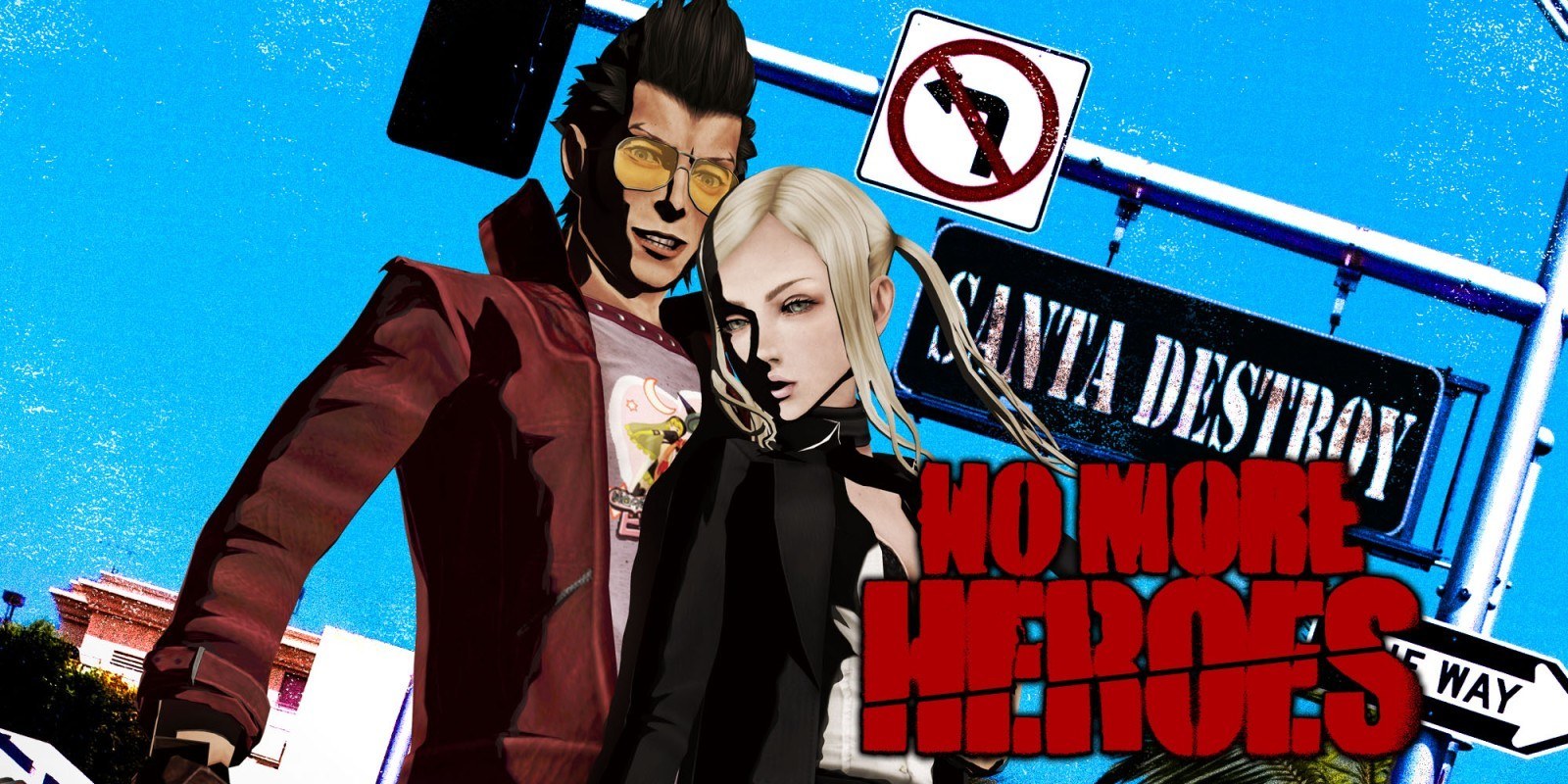 Run an image search for any non-Star Wars franchise with the word ‘lightsaber’ added after it. Canon or not, the first page of results will feature someone from said franchise with a Jedi laser sword photoshopped into their hands. Everyone wants a lightsaber, but the lore surrounding the weapon raises a valid ethical question: if lightsabers were real, who among us would be worthy of that ‘elegant weapon from a more civilized age’?

The answer? Not this guy. ‘Anyone with the cash for an online auction’, as far as Grasshopper Manufacture CEO Suda 51 (aka Goichi Suda) was concerned. The follow-up to his atmospheric Gamecube shooter Killer 7 was to put the most iconic weapon in modern fiction (called a ‘Beam Katana’) into the hands of the kind of person who shouldn’t be allowed anywhere near one…Which is to say, the sort of amoral nerd who would want it most of all.

After all, the first thing that self-styled otaku Travis Touchdown does after winning his legally distinct ‘beam katana’ from a website is use it to kill the first person he has an argument with. Enter Sylvia Christel, a representative of the United Assassins Association. She explains to Travis that his victim was the 11th best assassin in the world, whose title transfers to their killer upon death. Challenged (and disturbingly aroused) by Sylvia, Travis aims his off-brand lightsaber at the top of the assassins ranking.

The ensuing combat makes up most of No More Heroes’ appeal. Thankfully, porting specialists Engine Software have ensured a clean arrival on the Switch. Motion-controlled combat was the game’s claim to fame and it’s still satisfying to behead or suplex an enemy– regardless of controller choice. What will keep players in the fight are the distinct sensibilities — or lack thereof — that Suda51 joints have become infamous for.

A sample of the game’s taste is the beam katana itself. Periodic ‘recharging’ of his sword (aka the eBay-blade) is accomplished by wagging the JoyCon or analog stick. Travis then hunches over his malfunctioning weapon, grunting and shaking frantically. This sort of nerdy man-child ‘self-awareness’ situates No More Heroes somewhere on the maturity spectrum between Scott Pilgrim and Quentin Tarantino.

Combat is the main attraction of NMH, but Travis’ hometown of Santa Destroy (yes, that’s the name of a place) is where the bulk of game takes place. Access for each duel to the death requires a one-time ‘entry fee’. Paying the cover charge requires hustling cash on Santa Destroy’s eerily barren open-world streets. On those same streets await a variety of menial minigames, like mowing lawns and trash pickup. Completing basic tasks open up more lucrative missions, along with other attractions sprinkled across the map.

Sword of the Strangest

Largely, this sleepy and sun-baked California nowhere is meant to funnel players toward the assassination missions. This is arguably No More Heroes’ intent. After introducing the kind of messed-up character who would want a lightsaber IRL, the question becomes ‘how badly does the player want to keep using it?’ Moments such as these produce a friction that feels as though the game is trying to get in its own way. No More Heroes is achingly too aware of the fourth wall for this to be an accident.

Unfortunately, a game acknowledging its own shortcomings doesn’t fix them. For all his stylish goofiness, Travis is still an embarrassingly thirsty nerd who mostly took to assassination with the end goal of sleeping with Sylvia. Memorable boss battles like high-school assassin and fan-favorite Shinobu Jacobs make for fun clashes of personality, but in the wake of Jedi: Fallen Order there are easier ways to get a lightsaber fix.

In the shadow of Star Wars, however, No More Heroes’ bizarre choices feel strangely confident. That this flower from the Garden of Madness got a chance to bloom from Nintendo (of all companies) is a feat worth remarking upon, let alone siring multiple sequels. There are undoubtedly rough edges to this experience. Those who can look past them will find a fun time with arguably the most memorable bearer of a Jedi-type weapon since a costume department got a hold of Ray Park.

8.65 out of 10 lightsaber dismemberments