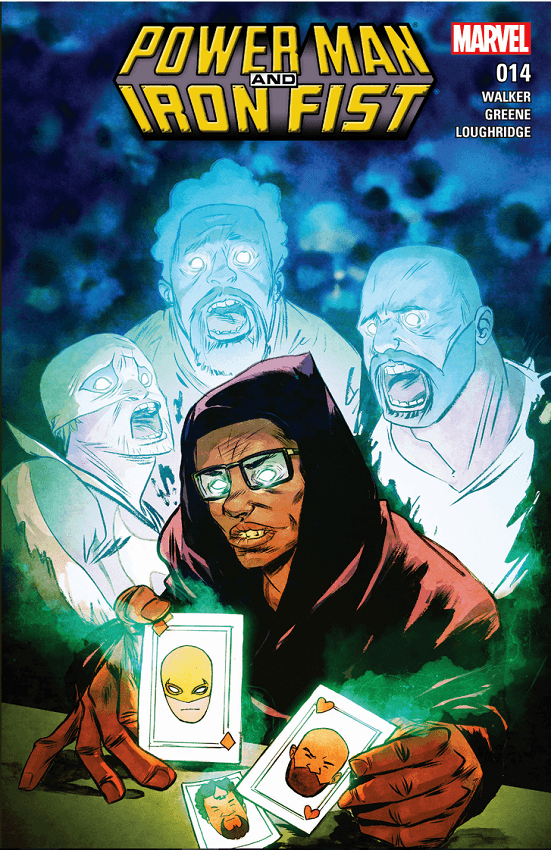 As the series begins to vault towards a pretty heavy climatic end, our Heroes 4 Hire duo is still a step or two late on what’s happening, playing catch up to what Alex and his crew are doing. We finally see Alex’s motivations for why. Quite simply as is stated in the book, things are so much worse than we thought. Alex may have cheated death before his rise to crime lord, but he had help. And now, he’s simply repaying his debt. Egged on of course by Mariah, who is clinging to the robes of the rising king – she can’t see that he may burn the whole kingdom first. 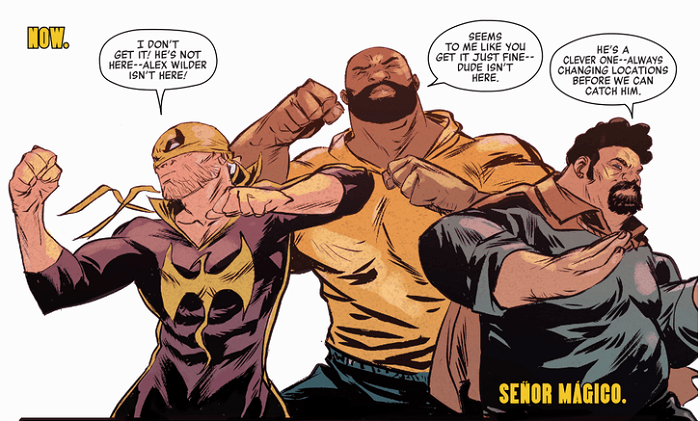 What I enjoyed about this issue was the team up with Señor Mágico and seeing his abilities paired with their melee abilities when fighting off hoards of drug-induced un-zombies. His addition to this book in a prominent role has been a delight, especially the angle of street magic and how well that ties to the theme of this book.

What we also got this issue is a ton of new, but familiar characters introduced. Walker’s ability to incorporate so many characters that are both meaningful and useful, but don’t overshadow the story, has been fascinating to watch.

Sadly, we’re almost at the end of this terrific book. But the story has somehow grown wider than we originally thought and things are more grave than first imagined. Here’s to seeing how Walker ties this story up before the end.