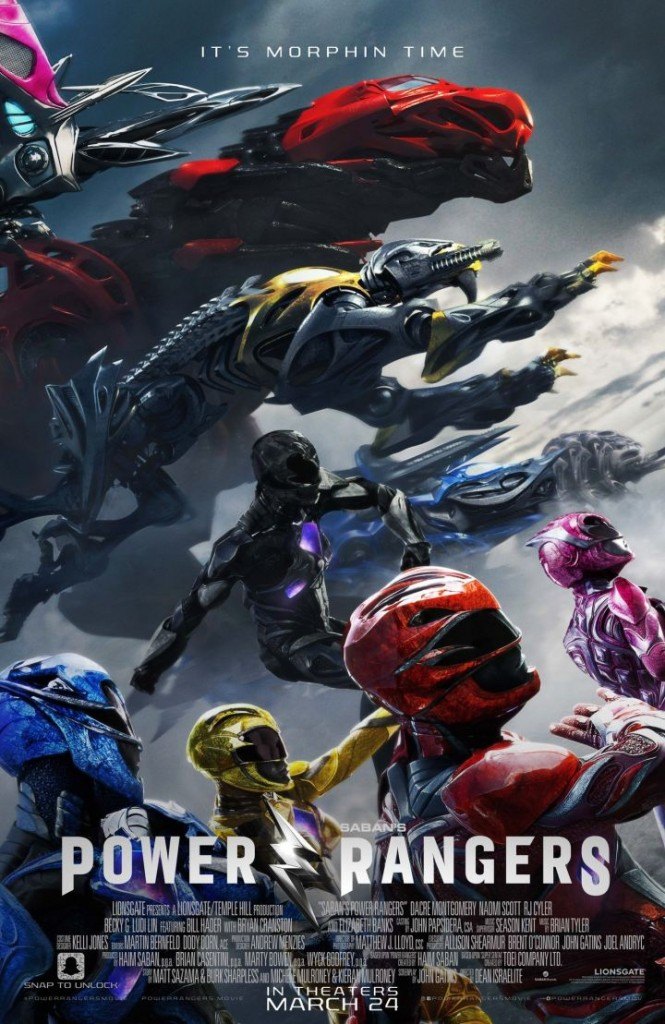 **Spoilers with attitude are about morph all over this review**

Believe it or not, it’s real deal 2017 Morphin Time because the Power Rangers movie is LEGIT. That’s right, I’m declaring it early, loud and proud. Power Rangers is flames. That’s not to say it doesn’t come with its fair share of flaws and missteps, but director Dean Israelite (Project Almanac) seems to get the nuances of American teens.

There is so much that did right in this updated version of a kids show that was devoured daily and reenacted often. Campy, nostalgic, safe writing is at the heart of this movie. They didn’t force any discoveries or big finds, instead opting to allow the team to fall ass backwards into everything. This is better than swiss cheese plot-hole explanations for every scene. They made sure to hit all the 20 to 40-year-olds who remember the original 90’s series best, with shades of their youthful glory days. They paid homage but didn’t go over the top, evident in moments like Alpha 5’s subtle Aye Ya Ya Ya Yas and Rita’s “Make my monster grow!!”.

Arguably the smartest move they made was taking their time to introduce each of the 5 eventual Rangers. Every high school kid across the globe is distinctly different and they didn’t rush through anyone’s backstory. Whether you thought their story was trash is up to you. Some people like the Marvel formula of the minimal 20-30 minutes of character development then action the rest of the movie, but with a high profile reboot like this, they needed the entire first hour to flesh out everyone. Power Rangers gave each of their characters a proper intro, obviously starting with Jason. 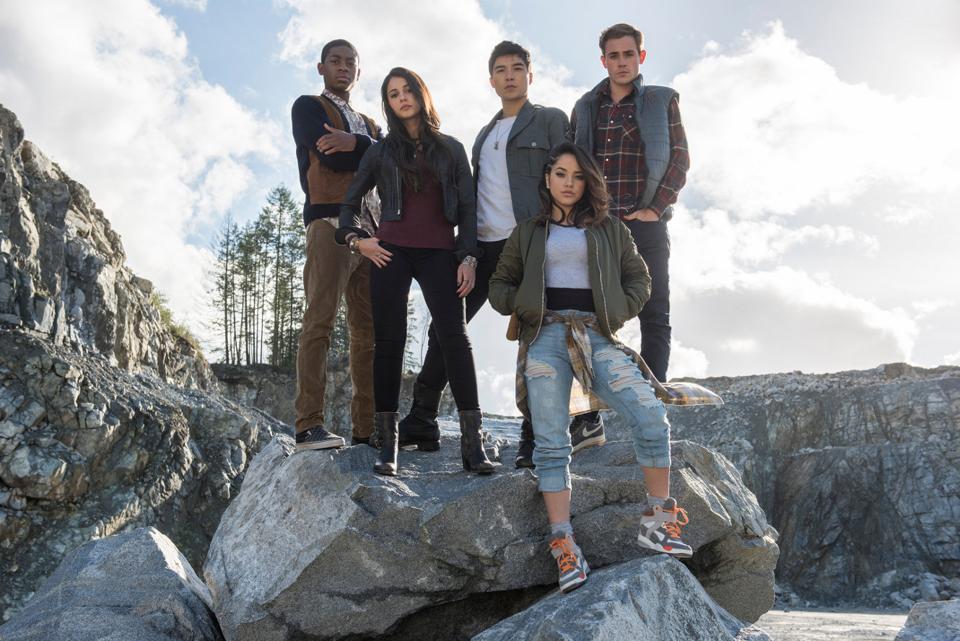 Jason: (Dacre Montgomery) The budding leader is the star QB who throws his future away for a joy ride gone wrong. There’s clear tension at home, with Jason and his disappointed single father. He’s the one who must grow up the most in order to lead his team to greatness.

Kimberly: (Naomi Scott) The beautiful All-American cheerleader is treated like millions of high school girls across the country. Like shit. Her friends dead her in the bathroom (why does every horrible high school girls scene go down in the baño?). It was a little predictable, but she grabbed those fucking scissors, chopped those luscious locks off, and pulled up to detention with the illest strut since Tyra left her old job. 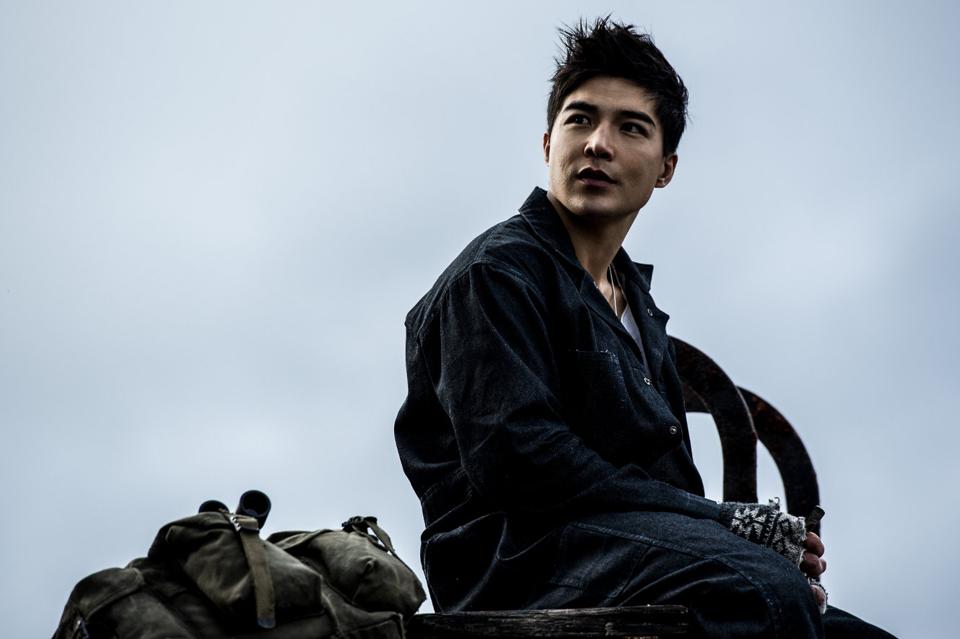 Zack: (Ludin Lin) The care-free wild boy. His intro is probably the weakest of the bunch. They make him seem like the typical crazy kid, douchebag type. But what’s this? He’s got a soft side, evident when he is shown taking care of his sick mother. He’s reckless, but hey, every team needs a loose cannon.

Billy: (RJ Cyler) He was our Black Nerd Problems having kid who held it down in so many ways. You may pretty much know right off the bat that Billy has Autism (Editor’s note: Representation for the win! Glad to have some positive representation of black autistic children in the media as they are often overlooked and ignored), but you don’t know for sure until he says the new universal and honorable way to approach this situation — “I’m on the spectrum.”

Jason comes to his rescue when the detention bully starts breaking Billy’s pencils and the unexpected bromance begins. Jason relies on Billy throughout the movie for logistical reasons and intricate explanations. It’s really adorable, to be honest. I’m glad they kept the 90’s Red Ranger and Black hero of the crew best friend relationship.

Trini: (Becky G) The young Latina has the most complicated intro. Her story takes the longest to reveal but has a great payoff in the proper representation department. The new girl to Angel Grove remains quiet and standoff-ish for most of the movie and is called crazy for literally half the movie. Though the writing could’ve been a little better in that respect, I understand where they were going. So many young men and women struggling with their sexual orientation get labeled for not conforming to societal standards and wind up broken pieces of their real self. She stays low and keeps firing until the campfire scene, where you get taken on a ride by all the feels. 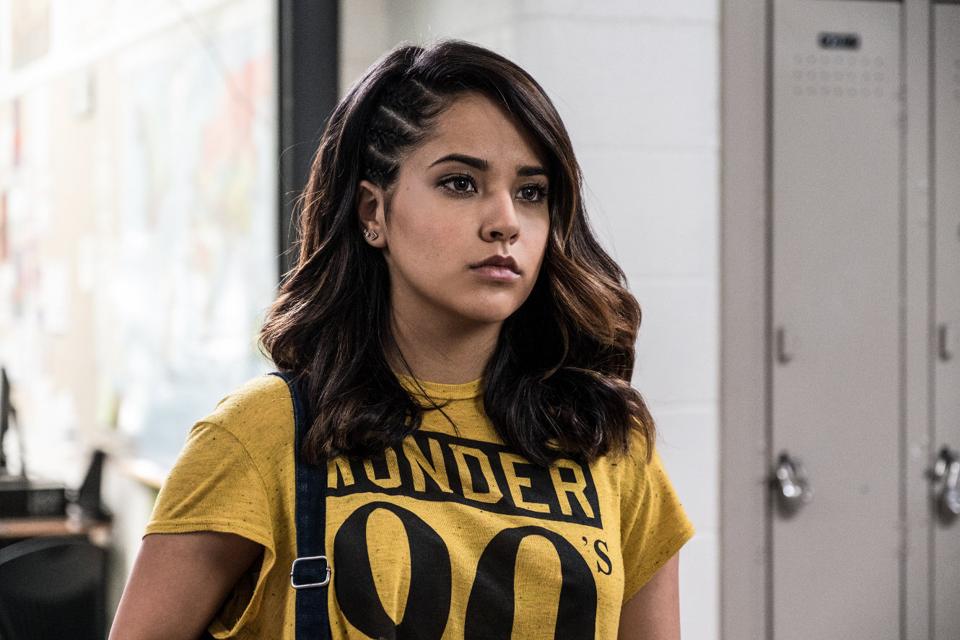 The music was being hyped as arguably the best movie soundtrack this year and it did not disappoint! Every scene had tunes that matched the action and excitement perfectly. Hip-Hop and Rock songs alike were blended in seamlessly. I hope everyone peeped the super cheesy 90’s Power Rangers TV show music that dropped during one of their first fight scenes. Let’s not downplay the fact that the thread game was on point the whole movie too! Special shout out to Jason’s Cash Only shirt and Kimberly’s It Was All A Dream shirt. Trini wore a 1973 shirt, a special shoutout to the original Yellow Ranger and her birth year. Billy alone was out here reppin’ for nerds of every creed and color. He showed us you can be the smart kid but still walk out the door fly AF. The humor of Power Rangers is one of the many things that worked well in all it’s teenage glory. The immediate turn around in Billy’s swag and student reception after everyone thinks he knocked out the bully had me cryyyiinnnggg! Hell, the reaction of all the kids in the hallways when the bully hit the ground was fuckin legendary and 100% accurate in portraying the ridiculous hype levels of high school kids! When Jason flipped and subsequetly destroyed the yellow Camaro then yelled out, “Sorry Bumblebee!” I was bout to jump out my seat in Tiger Woods fist pumping approval!! The Iron Man and Spiderman references were iiiight.

Plenty of people bound to be up in arms about the agregious Krispy Kreme product placement all throughout the movie. Why you gonna cry over spilled milk B? Just dunk those delicious Krispy Kreme donuts in that shit, sit back, and enjoy this nostalgic piece of sappy, adrenaline filled angst and excitement. Call me crazy, but I didn’t give a damn that the Zeo Crystal was underneath the donut shop forcing characters to keep saying how they needed to get there. Hearing Elizabeth Banks’ Rita Repulsa interrogate these wanna be ninjas about the location of a dam Krispy Kreme was fucking hilarious. Speaking of Rita Repulsa, I have to say she is what I’m most disappointed in. This iconic villainess was regulated to a gold digging, crazed homeless woman with a jacked up hair-do. Oh you thought that 3 minute attack on Trini where they “bond” over being the outsiders of the team, helped? Na. Goldar wasn’t much better, but at least it was understood he had one job. Dig.

[quote_simple]Sidebar: What was up with that Zordon bringing Billy back to life move out of nowhere? We just supposed to accept that, cuz Power Rangers? Guess so.[/quote_simple]

That Campfire scene had some of the realest bars dropped and revelations announced. Zack finally became a character you could feel for, admitting he cares for his ailing mom. Trini finally keeps it real with her only friends. She didn’t need to admit she’s been having identity issues, or that her perfect family couldn’t come close to understanding her pain. Billy out here admitting the biggest Black sin in history; he loves country music. I did not laugh.

And you knnoooowwwwww I couldn’t write a review about the new Power Rangers movie without talking about that final showdown! These kids finally got it together, suited up then had that badass underwater fight scene against the puttys!! I don’t think I’ve ever seen some shit like that. A team of 5 working together to propel each other into the puttys, turning them 99 Cent Store versions of The Thing into dust.

The Zords FAM!? Watching that saber tooth tiger and T-Rex running down Main St. of Angel Grove then pouncing on Goldar!?! Dream come true. Kimberly raining down fiery gatling gun hell?! HERE. FOR. IT. When she lifted up the Mastadon Zord and dropped him on Goldar on some kamikaze divebomb death from above shit!! Flames.

Then the best part of this movie dropped and my entire theater lost it’s collective mind!! The Rangers were getting crushed. Being pushed back into a giant fissure in the Earth, they decided to all go down together. But as we all know, WHAT IS DEAD MAY NEVER DIE but rises again harder and stronger. And booooiiiii did them Rangers rise up with the hardest and strongest Megazord on the block! They dropped that Power Rangers theme music and it was an absolute wrap!! They came out the center of the Earth throwin’ the meanest haymakers with the X-23 Zord claws!! I saw that shit and nearly passed out. The Rangers defeated Goldar and back slapped Rita into icy oblivion. I’m sure she’ll be back in Part 2, revived by Lord Zedd or something like that. It was a big battle showdown that the movie should be proud of. We haven’t seen this type of action on the big screen in a while and it’s refreshing. I’m glad they went with simple explanations. The team should be struggling to morph if they don’t know each other very well. They should get their asses handed to them by Rita if they can’t morph. Trini’s little brothers should be hyped their big sis just said she’s basically a super hero. They should have to learn teamwork and become one with each other to move the MegaZord and overcome all. Power Rangers is a movie that won’t be for everyone, but will certainly please hard-core fans looking for a trip down memory lane. It was fun. It was big. It was Mighty Morphin Power Rangers. 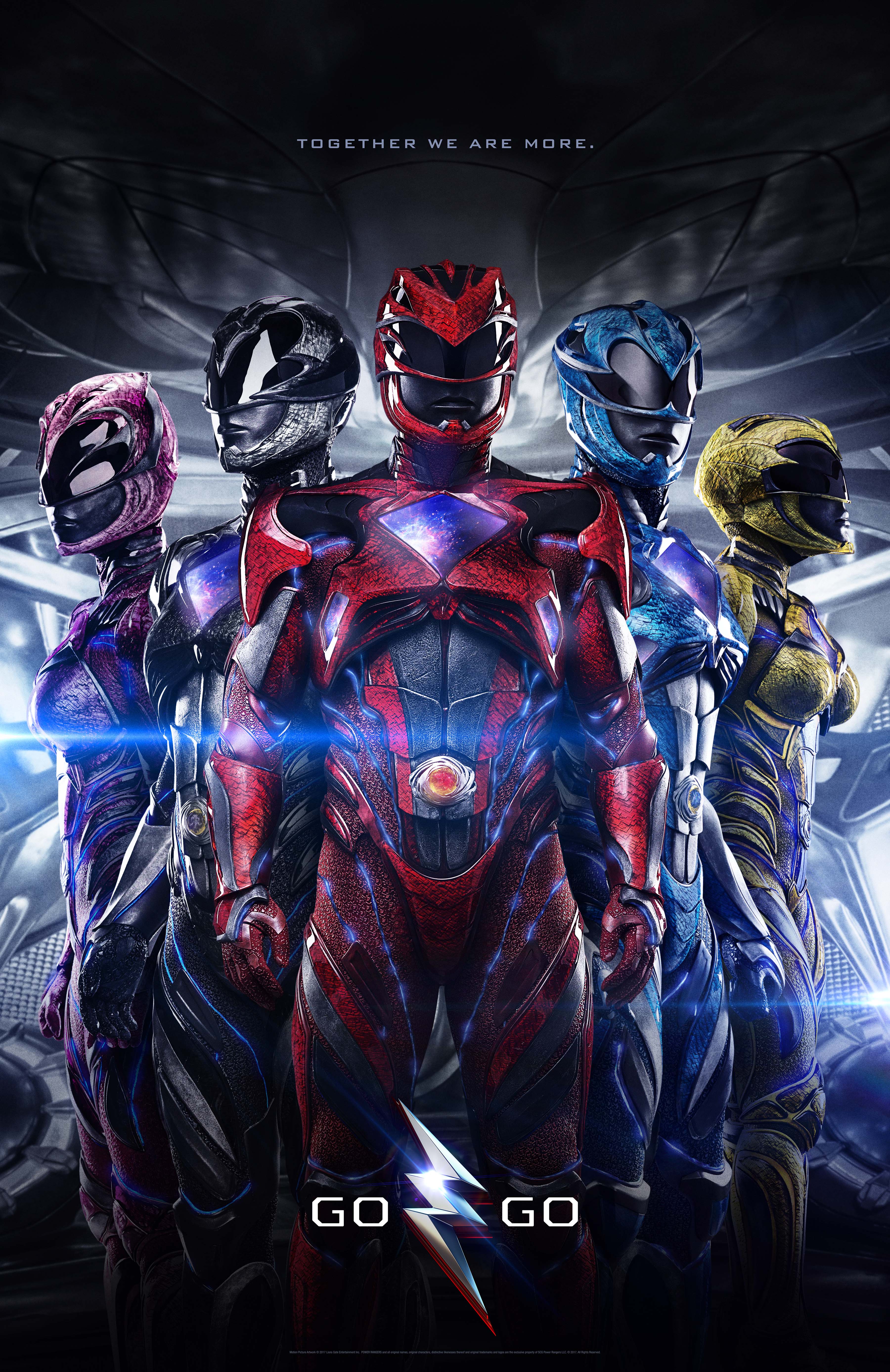