There’s mindless action movies, funny action movies, and then there’s those special bread of action movies that sit above all others. The type of movies that tell a story, got great action, keeps you engaged, and makes you say run that shit back. I am happy to report that Prey is that type of action movie. The setting for this Predator prequel intrigued me, but I wasn’t excited until I learned we’d be following a Comanche tribe and the protagonist would be an indigenous woman. Once I found that out I was all in. Then, I found out there was a Comanche dub for Prey as well. Y’all don’t hear me. Indigenous characters? A woman protagonist? Mutha fuckas scrapping and telling a story that keeps me invested? That’s what I am here for.

Directed by Dan Tratchtenberg, Prey takes us back to the root of the Predator franchise which is hunting and having to rely your wits. The film opens up 300 years ago in the Great Plains of North (North America) in 1719. We follow the protagonist Naru (Amber Midthunder) and her journey to becoming a hunter. We see that Naru is knowledgeable in medicine, tracking, and she eventually trained her dog, Sarii, to be her hunting companion. Naru is ready to prove herself and be recognized as a hunter like her brother Taabe (Dakota Beavers). the only thing really standing her Naru’s way is misogyny and this big ass Predator that’s been stalking the hunters of the tribe. Naru gets wind of the Predator’s tracks and takes it as the hunt she will embark on.

Prey: Patriarchy on the Track Featuring Beats by Misogyny

What makes Prey stand out is the plot. The predator isn’t necessarily at the forefront of the movie. He’s around but we’re mostly focused on Naru fighting against what tradition would dictate as her place in her tribe. Ya girl wants to hunt. When her mother asks why, Nary says, “cause you all think I can’t.” Let’s go. That’s what the fuck I wanna see in my protagonist. Naru’s brother knows she has the skills and later on in the film sees just how bout this hunting life Naru really is. We see Naru having to deal with how the other males in the hunting crew view her. We come to find out ya girl is self-taught. We also see glimpses into just how analytical and creative Naru is as she makes her tomahawk more adaptable by adding a rope to it in order to make its retrieval faster. Naru is cunning without being meek and confident without the arrogant. Despite what others would believe, she knows she is bout this hunter shit.

Amber Midthunder’s performance as Naru is nothing short of a chef’s kiss. She got that quiet strength that gets loud when it’s time to rumble. There were so many moments during Prey where Amber’s acting had me clapping my hands together like, “YES!” and shouting, “let’s fucking go” at the screen. Amber was doing all the thing that needed to be done to hold this movie on her shoulders. It’s not easy to make a film in the Predator franchise not only feel like an action movie and horror movie but a coming-of-age story as well. Naru is out there in the wilds on her own hunting a monster unlike anything she has ever seen (on earth as she will come to find out). We also gotta give it up for Dakota Beaver’s role as Taabe too. He plays a very realistic older brother. He gives Naru chances to prove herself as a hunter where others don’t. He shows doubt when she gets hurt, not out of disappointment, but a sense of when is enough enough? Taabe then gets affirmed on just how good his sister is when things come down to the wire. I am very glad we didn’t see him as a typical overprotective or dismissive older brother.

Only Built For Comanche Linx

Another huge draw for Prey is that we get to see indigenous folks at the helm on screen. There is a Comanche dub version of the movie that I really enjoyed. Honestly, this should have been shot in Comanche with English subtitles or an English dub. Folks gotta get over reading subtitles or the idea that subtitles are a death sentence for films. The Comanche dub has certain inflections and cadences that aren’t present in the English version. Years of reading Japanese subtitled anime prepared me for this. I had no complains whatsoever. It was dope to get to see the Comanche folks portrayed on screen. The only complaint I have is the way they their bow strings are drawn back. That wasn’t really historically accurate in terms of archery wise. (The blame on that falls to this particular stunt coordinator that appears to be quite problematic police on the police force.) Aside from that, I loved the constant parallels the movie kept showing between the technologically advanced, the Predator’s use of first aid and tracking, as compared to Naru’s use of nature for healing and hunting.

We see that the Predator isn’t the only thing to worry about out in the wilds as the presence of French trappers becomes alluded to and felt. What I found really interesting is the different approaches these two groups (Comanche tribe v French trappers) had towards engaging with the Predator. The Comanche tribe got down and dirty in the mud for their fights. Even the warriors you knew were goin get got, still gave the Predator a run for its money. They ain’t just keel over. They mos def got their licks in. Whereas the French trappers who relied so heavily on guns, weren’t able to really do much one those were deemed obsolete against the Predator. All of which is to say, it went to show how things could go wrong when you rely too heavily on technology as a substitute for strength instead of just a tool.

I feel like I’ve said everything I can say about Prey without spoiling anything. Y’all have no idea how hard it was for me to not put .gifs of the fight scenes in here. Prey has the best fight scenes I’ve seen in the Predator franchise. Every Comanche tribe member that stepped to the Predator got fucking busy. Taabe worked the Predator so bad that he threw on Harry Potter’s invisibility cloak once shit got real. I ain’t ever seen that level of close-range archery using a single arrow to do that much damage. The final fight scene with Naru? Woooooooooo. The girl so cunning. The girl so clever. Naru is a fucking mud made monster. I love this film and have been bothering my friends to watch it.

My favorite Predator movie are the ones with the Black folks coming out on top. Predator 2, Aliens Vs Predator, and now I can add Prey as my favorite and I’m so thankful it’s with an Indigenous person of color at the helm. My only gripe with the film in terms of continuity stems from the pistol Easter egg. For those that don’t know In Predator 2, after defeating a Predator, Lt. Michael R. Harrigan (Danny Glover) is confronted by a Predator clan that takes their member’s body. The elder predator leaves, then turns around and tosses Harrigan an old 1700’s era pistol with the name Raphael Adolini inscribed on it. The gesture is done as a sign of respect. This was supposed to be the catalyst for the third film to be a prequel showing that Predators have been around for hundreds of years and stepping to humans in different eras and tribes. This happens in 1990, when the prequel didn’t happen due to Predator 2‘s box office, Dark Horse wrote a comic explaining the pistol. It belong to a Black pirate captain named Raphael Adolini.

Adolini was scolding his crew for killing a priest and taking the church’s gold. They mutiny against him. A predator was watching and challenges Adolini after he lays waste to his crew. They test one another fighting, and Raphael realizes what the Predator is about as a hunter testing its strength. They are then attacked by the rest of Adolini’s crew. A dope bonding moment as they take out the rest of the mutineers back to back, and right as they were bout to square off again, Adolini is shot in the back. After the Predator takes out the last of the backstabbing crew. Adolini gives the Predator his pistol as a sign of respect. The Predator buries Adolini then tosses his sword in his grave as a sign of respect as well. This is the history of the gun given to Harrigan.

Prey undoes this by having Raphael Adolini being this indigenous native that works with the trappers. This shit irks me because in this case Raphael wasn’t with the shits. The gun becomes Naru’s but it’s his name that’s on the pistol. Which makes it seem as though he was the one that earned the Predator’s respect…which wasn’t true. It erases not only Naru (even tho she owns it in this retcon) as well as the Black Pirate captain in terms of continuity. However, there’s still time for that to be adjusted perhaps in the next film as the post credit scene implies we could be seeing more form Naru and these Predators.

Regardless, this is still my favorite Predator movie. Prey is streaming on Hulu, and you should really check this out (in the Comanche dub). Trust me you goin rock with this film. 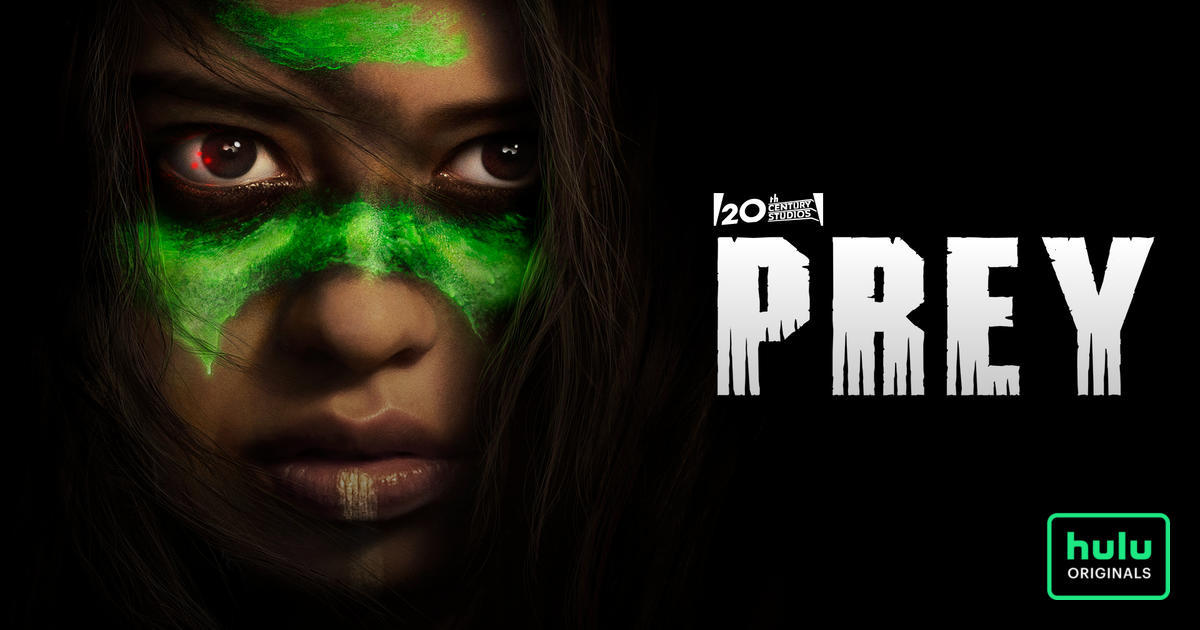