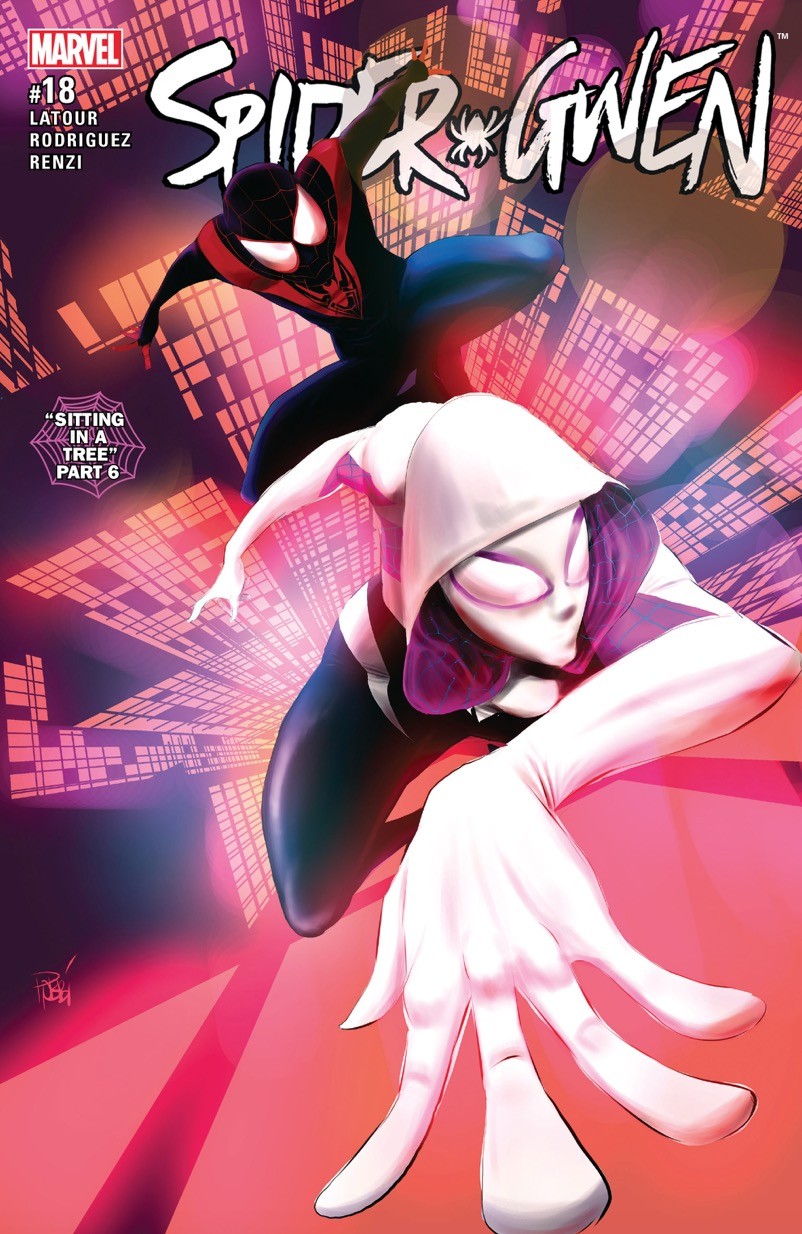 The inevitable crossover concludes in this final issue of Radioactive Spider-Gwen #18, the end of what feels like a school group project assigned by Marvel — you want an A so you’ll do the work but you’re not exactly inspired by it. That said, a few silver linings traced the issue as things wrapped up, one being Latour’s clever dialogue that gives the issue its humor, another being the sense of hope that Gwen’s character hasn’t felt in quite some time. It came through seeing a cross-dimension version of her life where she’s happily married to Miles, which didn’t hide from being cheesy, but regardless from where it came, the hope was there nonetheless.

Several other cameos pop up in this issue, similar to the feeling of the previous issue, Radioactive Spider-Gwen #17, with guest star weight added to feign excitement in a series largely missing it once the appeal of a Gwen and Miles pairing wore off.

Overall, this crossover event happened, and that’s nearly as much as there is to say. Seeing Miles and Gwen’s cross-dimensional future, coupled with a Spider-Ham’s suggestion that their universes seem to be years behind his where Gwen and Miles are happily married, offers the question of determinism and adds a bit of charm to Gwen and Miles’ decision to be “just friends.” Now that the obligatory pairing is over with we can expect Radioactive Spider-Gwen to go back to its regularly scheduled drama, which is something we can all look forward to.