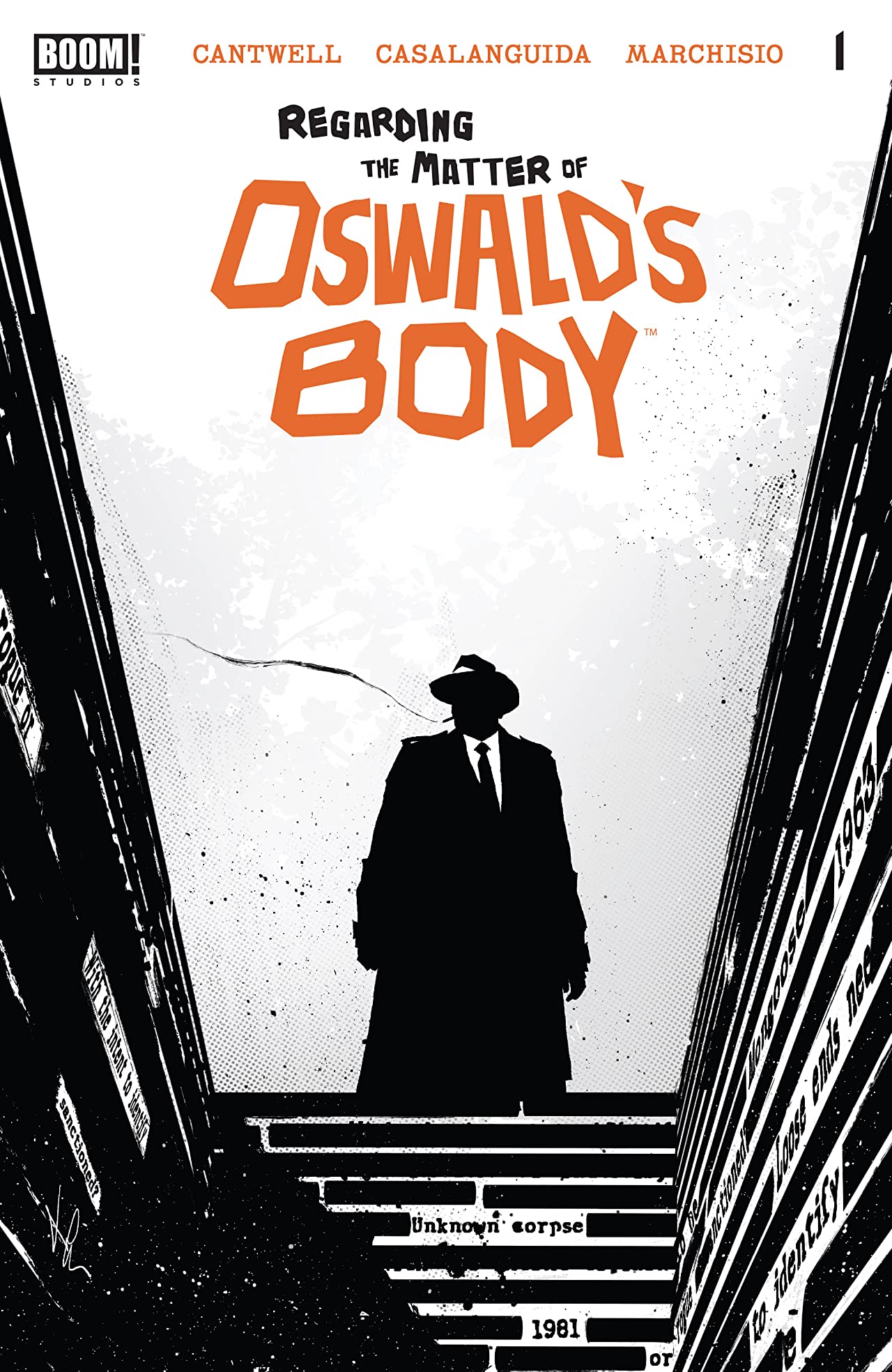 Just the idea of a conspiracy theory is a dangerous one. Within the confines of the social contract, there is a certain expectation of trust, a certain understanding that we must be able to trust what we are being told. By that same metric, are we supposed to take our information without question? Given the uncertainty of everything, where people in power have the influence to almost warp perception and by association reality, should we not question things at least a little?

Regarding the Matter of Oswald’s Body attempts to find a story within one of the most iconic web of conspiracies, as a crew of unsuspecting individuals become complicated with replacing Lee Harvey Oswald’s body before it was buried in the aftermath of the JFK assassination. If nothing else, it makes for a very exciting thriller.

Christopher Cantwell, in addition to being a prolific comics writer, is the creator of AMC’s Halt and Catch Fire, one of the finest period pieces and prestige television I’ve had the pleasure of watching. When I saw that he had returned to the court of historical fiction, I couldn’t help but be intrigued. Regarding the Matter of Oswald’s Body #1 opens with an exhumation in 1981 before flashing back to 1963 where we slowly get introduced to various corners of Texas and its inhabitants. Cantwell has a flair for the dramatic and a gift for transcribing accents and capturing the feel and time of the locale. It certainly that Luca Casalunguida manages to effortlessly channel the rogue-ish, ruggish cowboy aesthetic and small towns aesthetic. There are also some noir-adjacent elements that I appreciate, but the genre is definitely 100% within the confines of a political crime thriller, alongside the classic redacted chain of relations that are equally iconic.

Regarding the Matter of Oswald’s Body #1 is your classic assembling of the crew from a shadowy organization, and there are just a lot of intriguing elements in play. Each character only gets a few pages, but Cantwell and Casalunguida manage to be very efficient in establishing their personality and draws the reader in to the latest conspiracy. It makes for an exciting read and tantalizes us with what will happen next.

While conspiracy theories are still a dangerous concept, I think I’m okay with them being retrofitted to tell an interesting piece of fiction. Cantwell and Casalunguida have captured and captivated with a stellar hook and magnificent rendition of said hook that I will gladly follow them down the rabbit hole they have carved out.