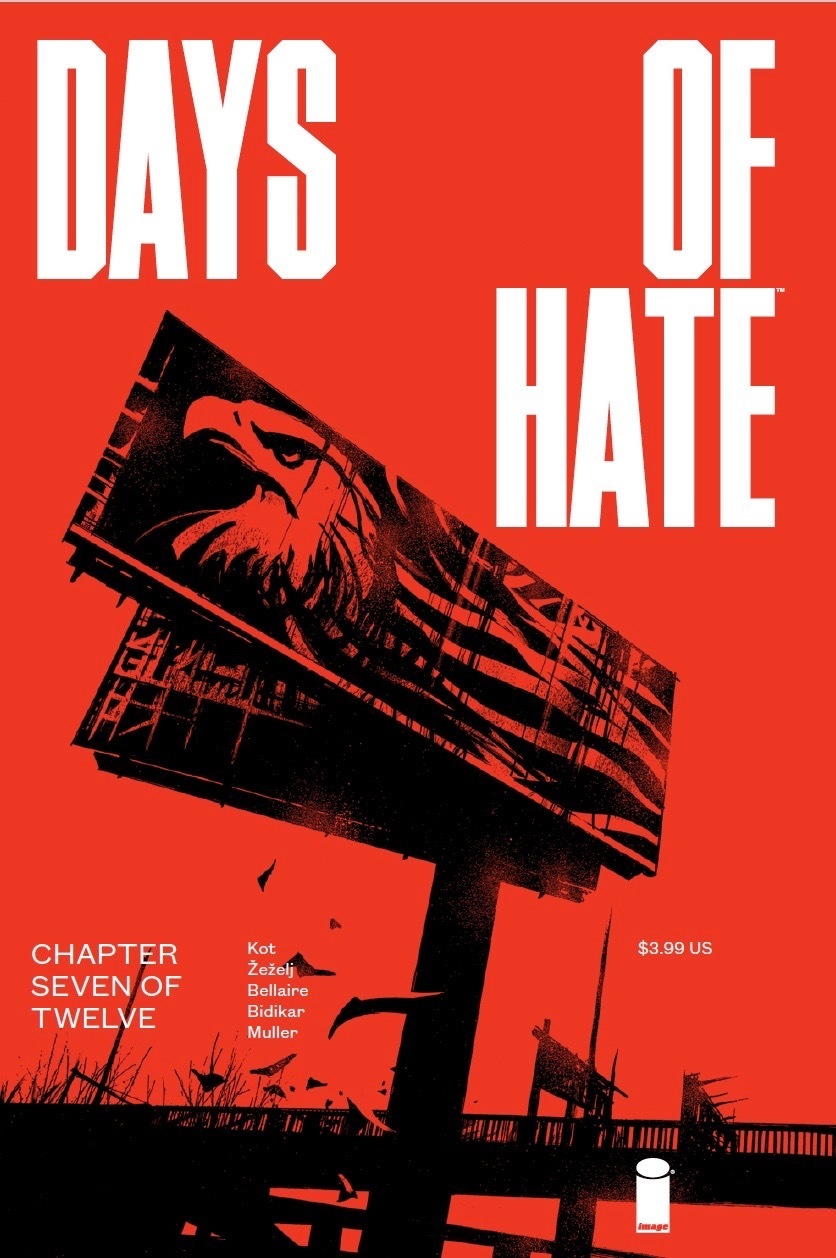 Days of Hate is thickening the plot, people. The series started with a maelstrom of warring political oppositions, explosions, and chases. Now? The game is afoot, and ain’t nobody clean. Ales Kot is taking the story to the next level while dropping ill political science gems of wisdom along the way.

What was a simple ‘on sight’ beef between two factions in issue #1 is now a full out cold war between three main characters. Issue #7 has that war heating up. Kot’s seemingly acerbic analysis of present-day bi-partisan talking-head politics is unfolding into a brilliant character study that explains the ‘why’ and the ‘how’ of the conflict. The more we get to know these protagonists, the more human they become — right before they do some old shady, terrible shit. It’s a thing of beauty to watch the symmetry of the narrative get ugly and jagged. 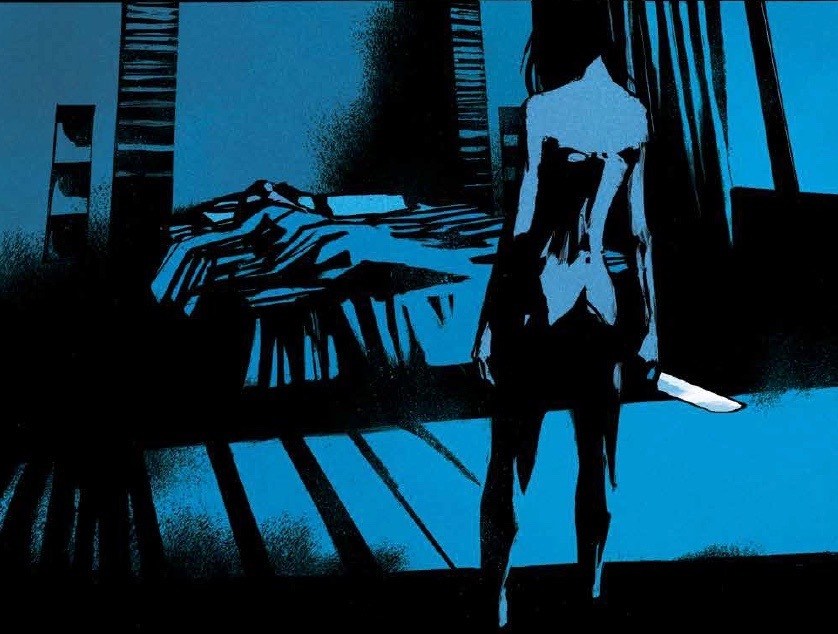 Y’all, this is a taut political thriller exploring some deep psycho-social subject matter. It feels like Kot is watching CNN, FOX News, MSNBC, and NPR at the same time; like Ozymandias in the Antarctic. Just throwing things in a cauldron and whipping it through the glass like Professor Utonium cooking up Powerpuffs.

Daniel Zezelj ain’t no slouch, them panels come together to give readers the most anxiety imaginable. Zezelj’s use of the eye to convey a character’s intention could be a book on its own, proof the abyss stares back at you. Aditya Bidikar’s lettering game follows suit, adding a physical weight and dimension to the dialogue that compliments the feel of the moment. Together, we get claustrophobic intensity alongside the use of immense scale to leave a clear visual message – like this town-sized swastika. 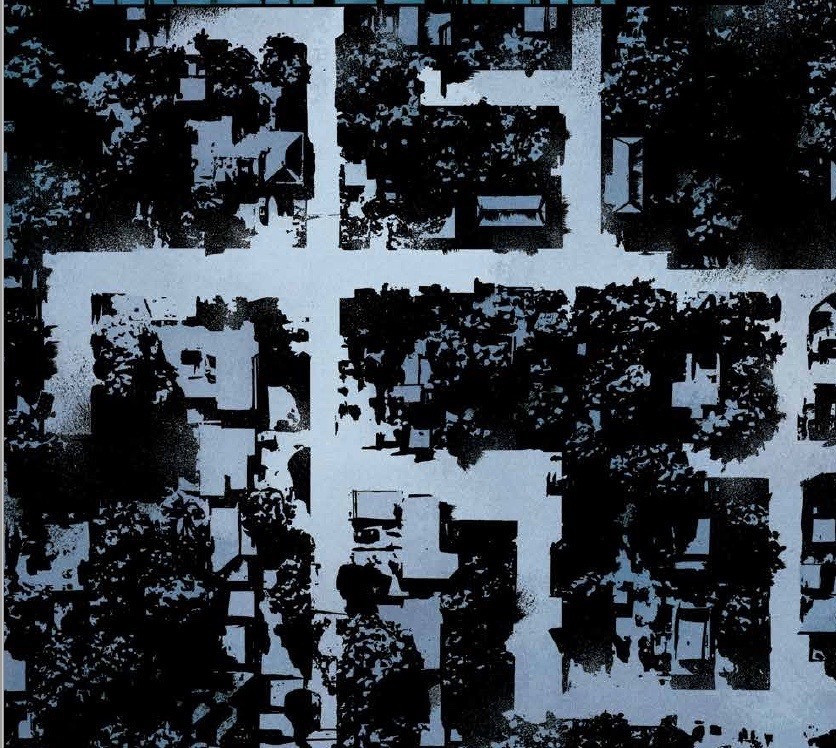 Days of Hate has been working with mercury from page one of the first issue. Issue #7 is a cohesive blend of paranoia, PTSD, and manipulation that uses great fiction to play on the very real fears of its readers. Every college classroom in the U.S. should have a copy.

8 scary suburban vistas out of 10

You don’t want to miss any of Days of Hate. Follow all the reviews here.