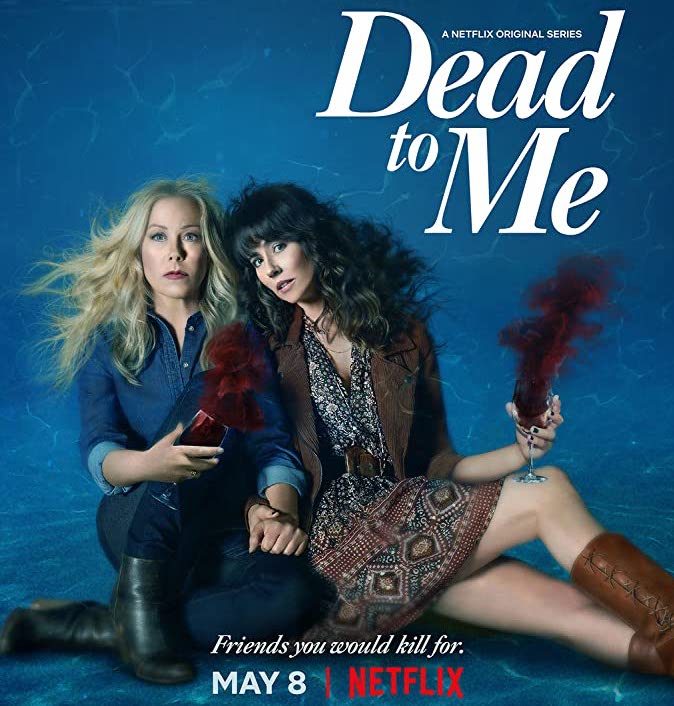 The first season of the Netflix traumedy Dead to Me felt like lightning in a bottle. There was no way to describe the plot without spoiling it, so most reviewers simply glowed about the casting and specifically the chemistry between Jen Harding (Christina Applegate) and Judy Hale (Linda Cardellini). Jen, the sarcastic, recently widowed mother of two, and Judy, sweet-natured, empathetic, but mired in guilt over a dark secret, are perfect foils when they meet at their grief support group. As the action unfolds, and we learn more about Jen’s relationship with her late husband and the nature of Judy’s with her boyfriend Steve (played by James Marsden), the twists of what becomes a murder mystery are high-key M. Night, but actually, you know, good.

Now of course, as with many successful television series, the risk of a second season is that everything that made it successful in the first place will peter out, the magic of the original ruined. The writers will lean so far into the personality quirks that made characters compelling as to instead make them annoying. Elements like flashbacks and dream sequences will feel less like clever storytelling devices and more like cheap gimmicks. The writers will render a plot so convoluted as to write themselves into a corner. (See: Lost, Heroes, Game of Thrones, arguably West World.) At first, it’s not clear this fate isn’t befalling Dead to Me‘s second season, but it quickly establishes that the writers know exactly what they’re doing.

See, what had happened was….

The action picks up just hours after where the first season left off, but viewers quickly realize that what we think happened in the first season’s finale may not be accurate. Over the first couple of episodes, the reality of what transpired between Jen and Steve in her backyard surfaces like memories from a night of heavy drinking. We soon understand that this time around, it’s Jen, not Judy, who has something to hide.

If the writers left it at that–more twists just for the sake of shocking the audience–this season might be a failure, but the storytelling doesn’t remain there. More than anything else, Dead to Me is a character-driven show. It’s the development we see in the main characters (and the deeper understanding that they gain of themselves and each other) that buoys the entire season. Sure, there’s potentially a body to dispose of and lies to get straight. But Jen and Judy are dealing not only with the consequences of their decisions but confronting the reasons they made them in the first place. Their past trauma, histories of abuse and loss, play as much a role as the current action.

Jen’s struggling to function as a real estate agent so that she can support herself and keep her narcissistic mother-in-law –and boss– Lorna, off her back. She’s also parenting two boys who’ve just lost their father. Sensitive Henry is still deeply grieving his father’s passing while bratty teenage Charlie is acting like a future John Hughes villain. When Steve’s family pops up looking for answers in his disappearance, Judy and Jen have to tread carefully and try to stay off the local police’s radar. Beyond the plot twists that unravel over the course of this ten episodes, though, this is a story about compassion, not just for other people, but for ourselves. Jen’s still carrying guilt and rage about her marriage, and Judy’s inherent goodness and honesty might very well be the duo’s downfall.

In the end, what we see is two women who have come through an amazing amount of trauma together and are somehow whole. They are simply not the same people they were when the show, or even this season, began. But, this is Dead to Me, so the action isn’t over yet. I, for one, am eager to find out what else we’ll learn in season three.

Dead to Me is streaming on Netflix.