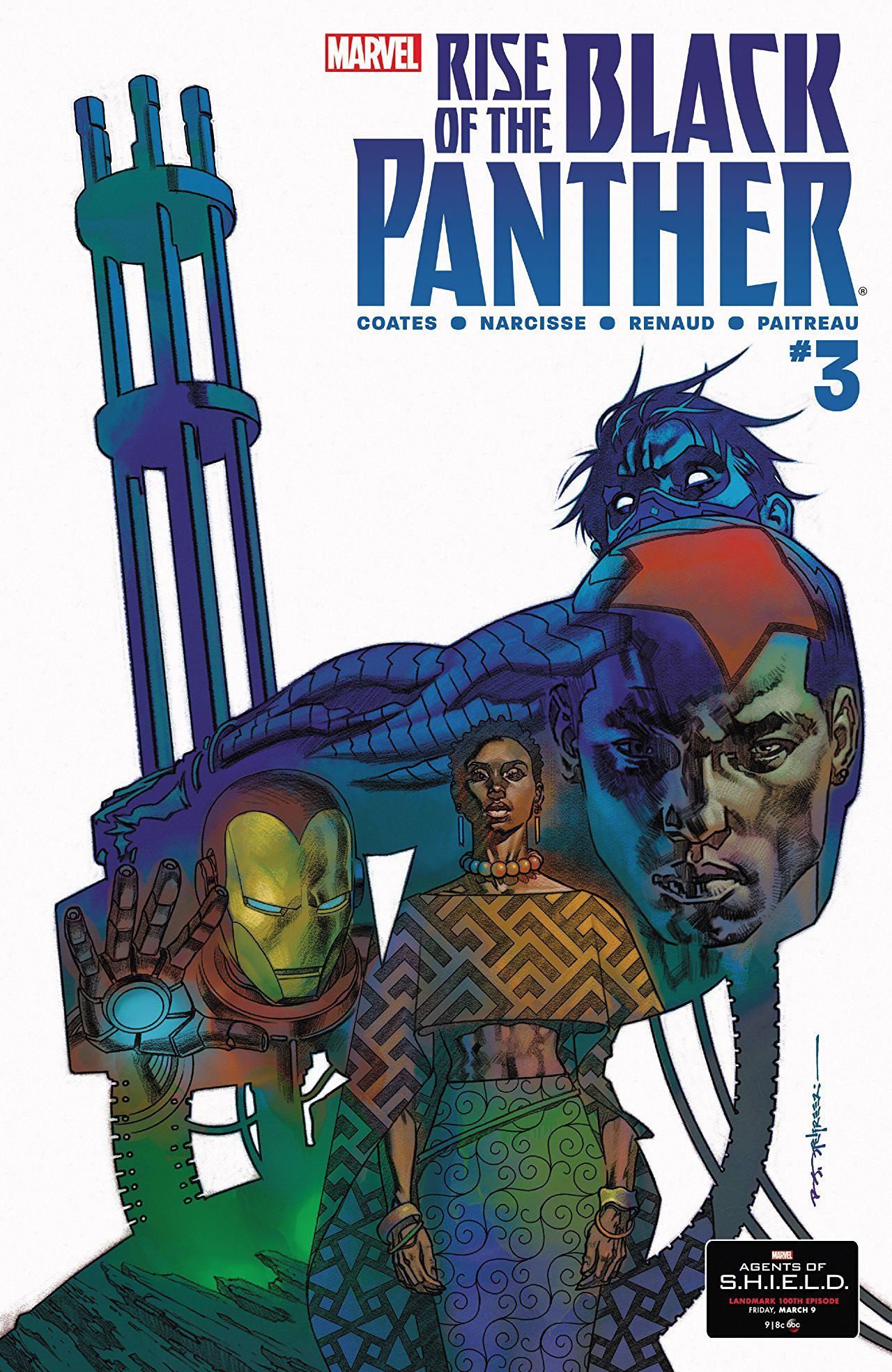 Have I mentioned what a treat this series is? No, really? Because Rise of the Black Panther’s somewhat autobiographical look at the history of the Black Panther continues to shine. Sure, this is one of the weaker issues but the book’s premise still wins in the end. This time we are offered a look at a pivotal moment, not just for Wakanda but for the Marvel universe as a whole. T’challa’s finally pulled back the curtain on Wakanda and unveiled it to the world in spectacular fashion. 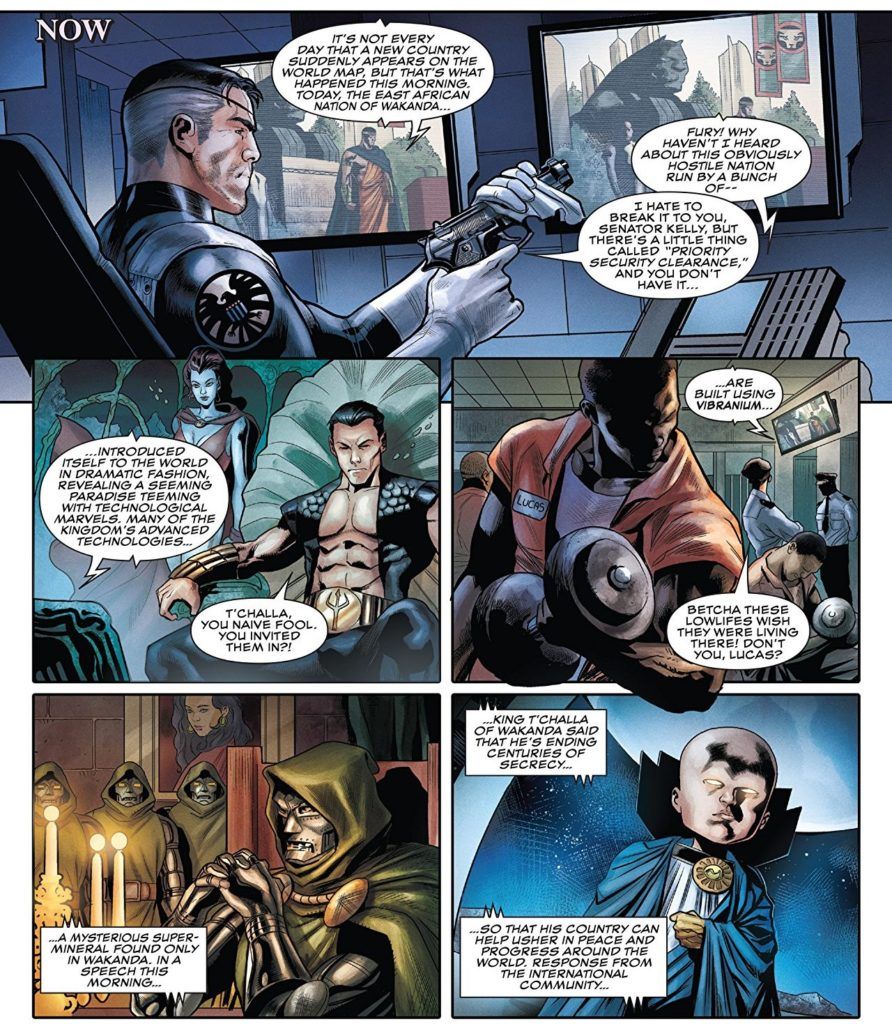 While I don’t want to undercut the seriousness of this decision, I wholeheartedly believe that on some level, T’Challa revealed the great nation of Wakanda just so he could stunt on the other nations. My man is basically giving a tour like “These are just our pet projects, try and keep up losers.” On the other hand, T’Challa is trying to keep good on his promise to think differently than the kings of past. What is revealing is the way he goes about doing.

What I like about Narcisse’s writing is that he makes it a point to continually show the struggle of the Monarchy vs. the will of the people. In many ways, T’Challa can be selfish in his decisions, without consideration for what those closest to him think. In this issue, it feels a lot like the Tribal Council of Wakanda is along for the ride just as much as the foreign guest invited to take the tour. 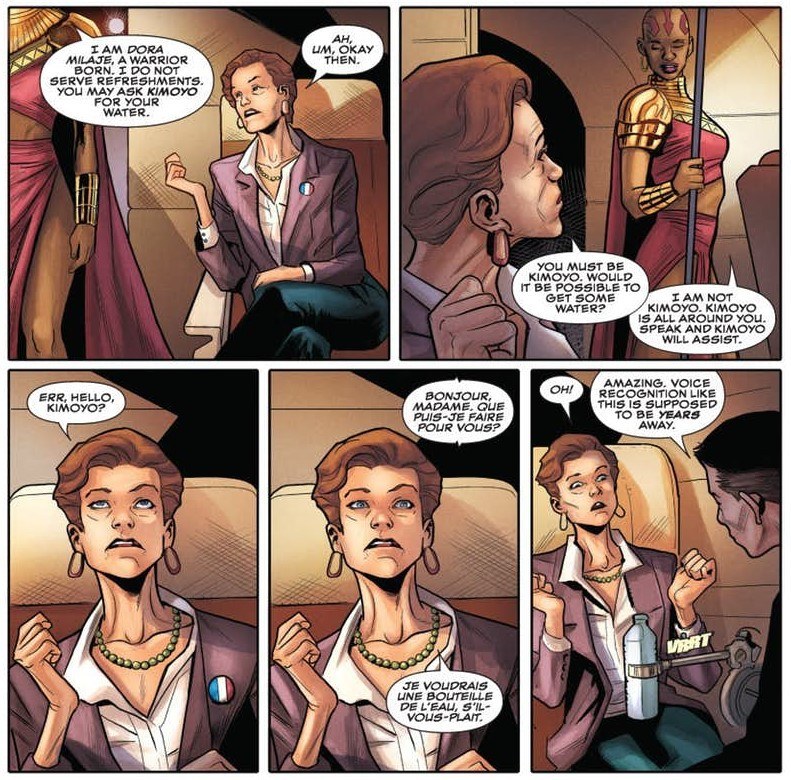 Unfortunately, what holds this issue back is the action towards the end. It’s drawn in amazing detail by returning artist Paul Renaud, who just seems born to draw great actions sequences. However, I felt like the great art was held back by a large amount of technobabble going on in the background. It seems Narcisse’s attempt is to show off T’challa’s smarts and thought process during battle but it distracts from enjoying the fight to it’s fullest.

This is minor gripe but the dialogue and science could have been minimized a bit during the fight. I do like where the book ends though. The cliffhanger presents an interesting confrontation for T’challa and if the last issue’s encounter with Namor is any indication, we’re in for something good.

8.5 Teleports out of 10
Reading Rise of the Black Panther? Find BNP’s other reviews of the series here.