Secret Wars has jumped 3 weeks after Doom gave his “daughter” Valeria the assignment to find the fugitives that Stephen teleported to safety before his death, but his genius daughter ain’t found shit. Well, that’s what she tells Doom anyway. The cracks were starting to form in this facade that Doom has propped up in issue #4, but you can certainly see that not only is Valeria skeptical, she’s holding back key pieces of intel from Doom.

As it was in the beginning (or at least the introduction of Battleworld in issue #2), the beautiful way that Hickman has been able to simultaneously hold true to Marvel lore and also throw it completely into blender and set it to liquefy, has been fascinating. The tone was interesting for this issue, if not a bit different. A lot of cool moments, but a lot of – dare I say – cute moments as well. Valeria criticizes the drones as shoddy work that were created by the father she doesn’t know existed. Miles and Peter, the Reed Richards who are equal in brilliance but couldn’t be more different in sentiment, were sent on a mission to discover the source of Doom’s power together. There are comedic moments and aha moments, but the narrative never drags because of it and we are still given more and more insight. 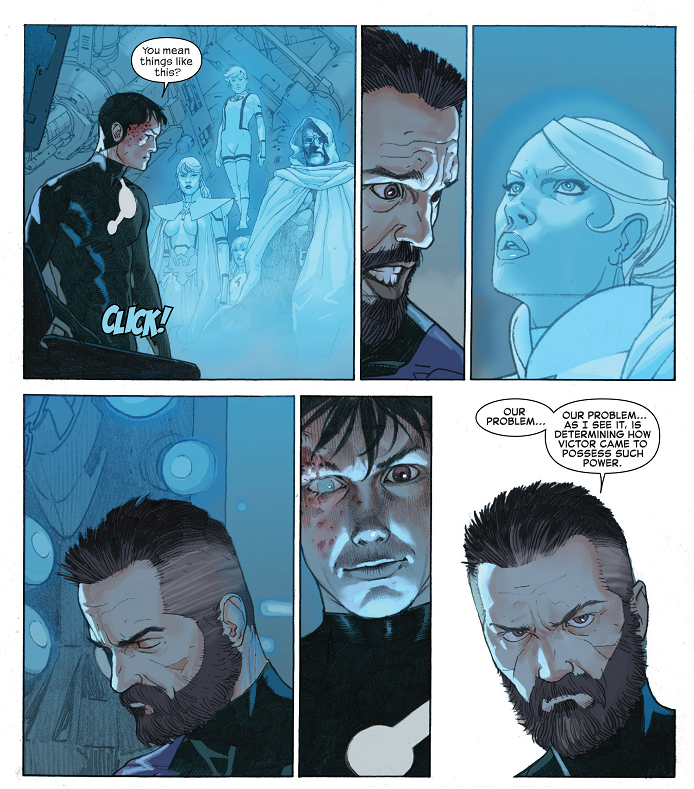 We also see the introduction of a lot characters that had been vacant along with the confirmation of some others (damn, Johnny Storm, I hate it had to be you). My favorite moment had to be Sue Storm telling her son Franklin his favorite bed time story, the lore of the Fabulous Four. Shit is stressful, yo. Doom done bastardized everything is all I’m gonna say on that.

The art from Ribic is still a mixed bag to me. It still feels a little inconsistent from week to week and it’s possible that the heavier action issues (which we haven’t had in a couple of issues) are where he’s done his best work on this version of the book. The faces are still a little too soft and not always that convincing for the situation. It’s not bad by any stretch, but having seen the art be a little sharper recently on this very book, it’s hard not to notice. 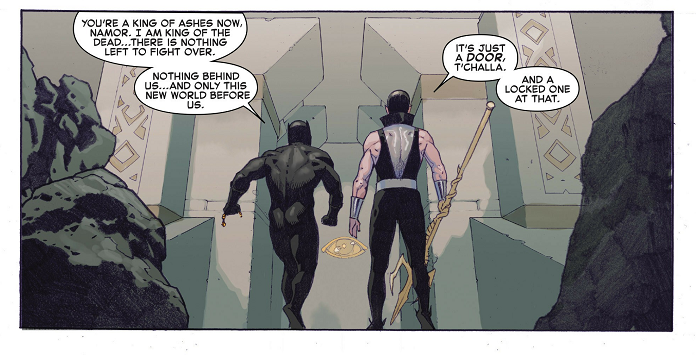 We got our second exposition heavy issue in Secret Wars that carried some very cool and fascinating elements. Even with a lack of action, we learned a ton about the world that Doom has created and a little bit about how it might get destroyed. There seem to be several factions that might threaten Doom’s stranglehold on Battleworld and any of them has a legit shot. Still, this is Hickman, so you know it won’t be that straight a line.