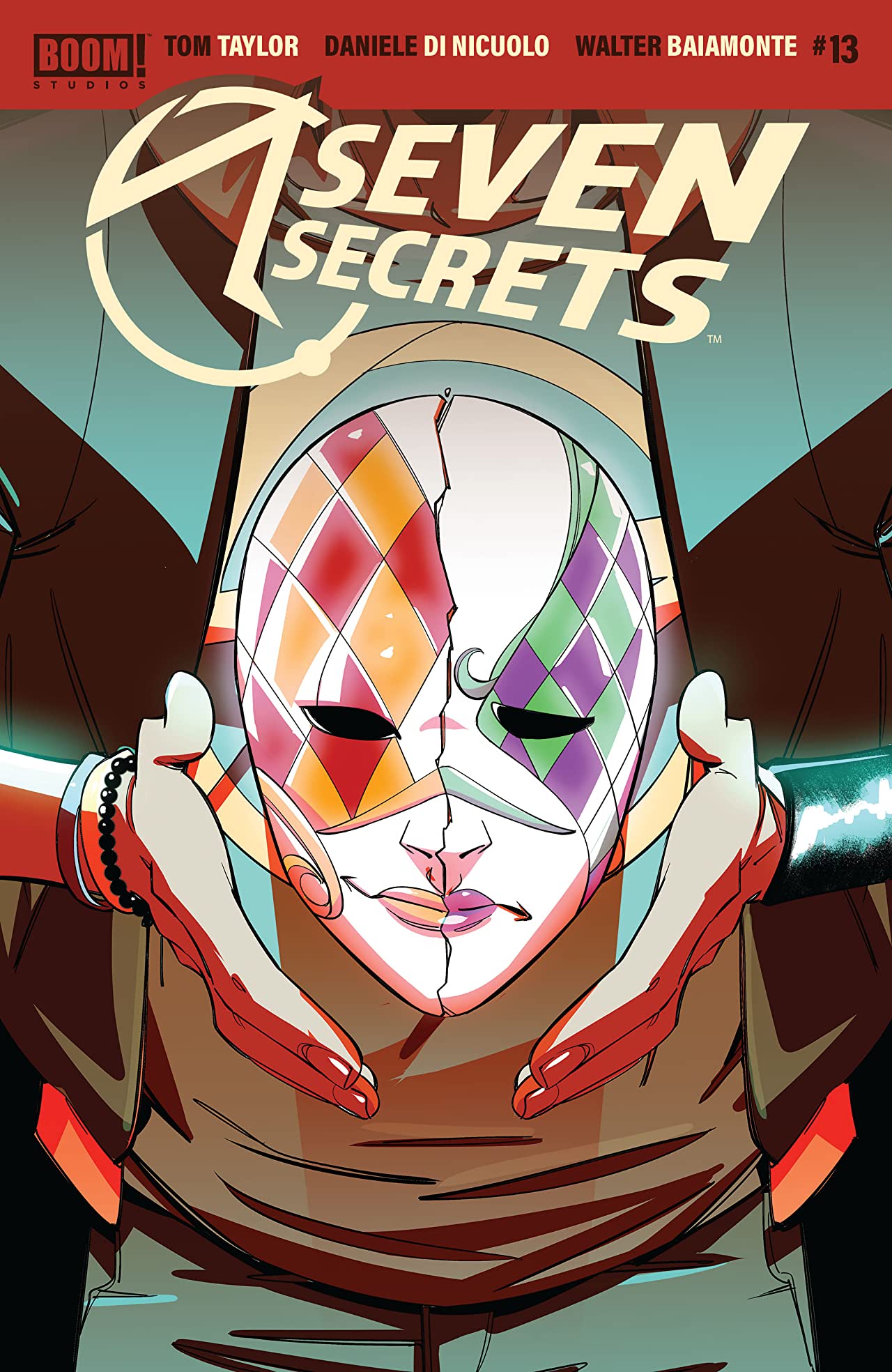 We’ve known from very early on that Seven Secrets revolves around Casper’s death. A son of two members of a hidden order, raised by the Fae, and groomed to become the Holder of the Seventh Secret. Seven Secrets has been about the circumstances of Casper’s life the very complicated conflict over seven mysterious briefcases, one of which destroyed Switzerland earlier in the series. Seven Secrets #13 marks the start of the third volume of the series and everything that I have loved about the series is in full swing after the brief hiatus.

Tom Taylor and Daniele Di Nicuolo are out here going for our (and unfortunately, Jasper’s) jugulars here right from the get. Now thankfully, we still have plenty of time to spend with Jasper. But the opening pages serve as a stark reminder that there is plenty of tragedy in the wake of everything that has happened and in anticipation of everything to come, there is so much to stress out about.

Taylor does an absolutely fantastic job of catching us up on all of the pertinent plot points of the myth arc thus far. Ancient prophecies about three possible futures with Holders and Seekers all vying for what they think is best. And even though the eponymous “Seven Secrets” are the impetus of the story, it is the multiple character relationships that make the comic truly endearing. Taylor tantalizes us with this idea of allegiance to the ideology and allegiance to the individual. Is one worth more than the other? What do we value more? What costs are we willing to pay? What is the toll that it takes on us? As Casper and Eva deal with their unexpected mother/son dynamic on one end of the globe, Amon and Canto are reunited as lovers on the other end. The construction works brilliantly, because the story ultimately evolves into a tale of ‘what we do for the people we love and the world at large’.

Add to that, Di Nicuolo is continuing to produce amazing pieces of artwork for each issue. The full-page spread of Casper is a haunting note to start the issue and is scaffolded by brilliant ensemble shots, spectacular set pieces, and action that is unequivocally fun. Each of the characters and locations has such personality and the book is just a delight to read.

All the pieces are in place. We ostensibly know how the story ends but, my goodness, it continues to be an incredible journey. If you’re not reading Seven Secrets, you should go to your local comic book store and pick up the first two volumes and issue #13 immediately. This is some of the most thrilling material on the shelves right now.