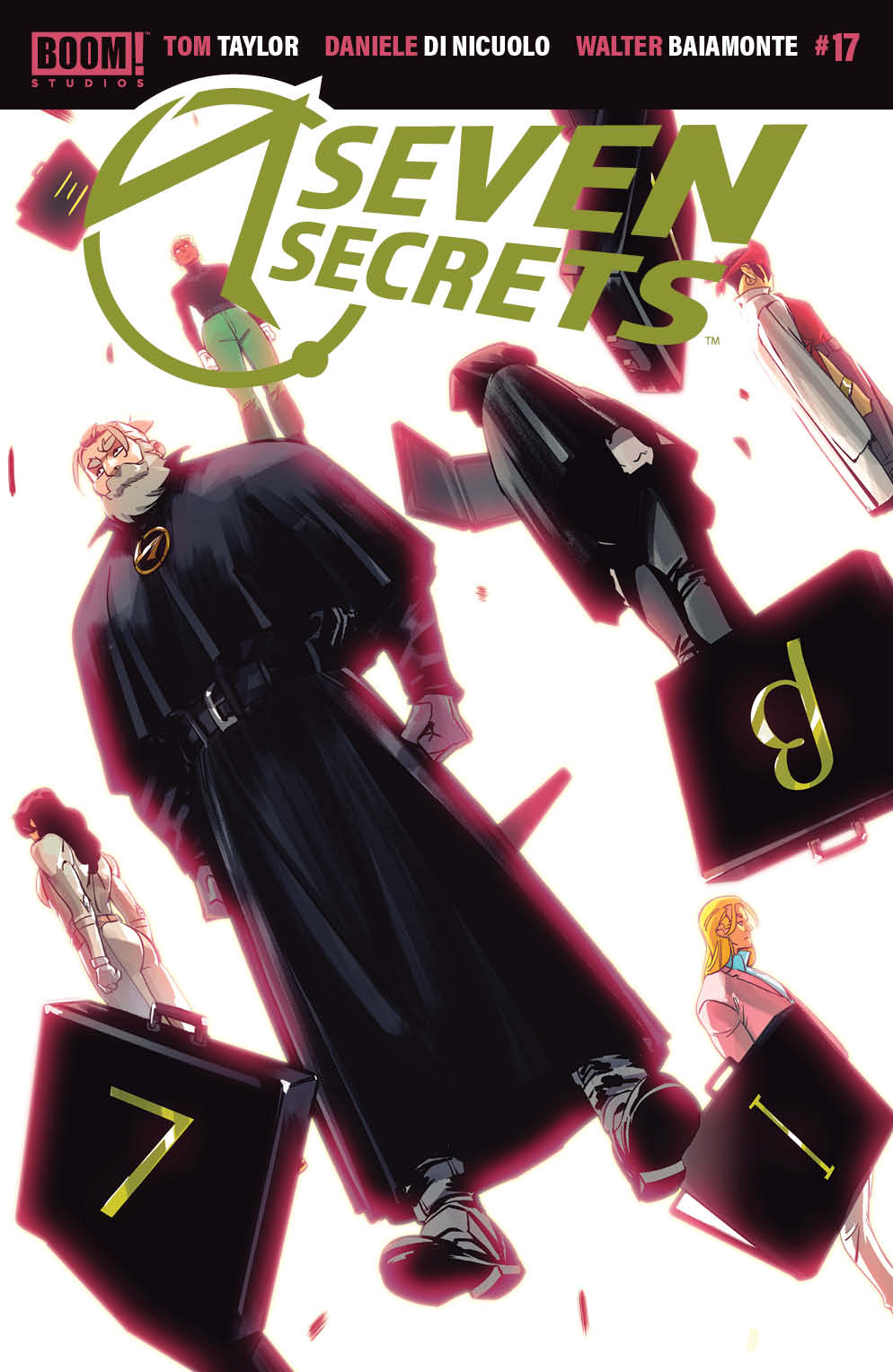 Goodness gracious, we have reached the penultimate issue of one of the best comic book stories of recent memory, and Tom Taylor and Daniele Di Nicuolo are determined to make sure we don’t get a chance to breathe. As a brief recap to the events of Seven Secrets #16, the events foretold since the first issue finally came to pass, and Casper was struck down after a valiant effort to stop Amon. However, the story of the Seven Secrets is far from over, and Seven Secrets #17 wastes no time handing the microphone to Eva to help contextualize every other incident in the series thus far.

Eva’s been a stalwart supporting character since the series start and getting her view of all of the events that have transpired in a few compact pages is emotionally devastating in the best way possible. Witnessing the birth of Casper and the inciting incident of all of the other things to come as part of the set up to the finale is a brilliant move on Taylor’s part, and Di Nicuolo knocks the art out of the park. And this framing of what Eva went through and her immediate response is nothing short of awe-inspiring.

Seven Secrets is a series that manages to maintain a sense of optimism even as the final boss looms over the literal horizon in a terrifying visage of power. The Holders, even with the circumstances stacked against them, remain resilient in the face of the demon. The crescendo of the second half of the issue is an incredibly evocative sequence. Taylor’s dialog continues to illuminate the rich mythology of the world while still leaving a couple of lingering questions for next issue, and Di Nicuolo takes full advantage of the different set pieces and magic to deliver stellar spreads.

I can’t really say that I’m ready for the final issue of Seven Secrets. Casper, Eva, and the entire cast of characters have been near and dear to my heart over the course of the series, and the incredible storytelling and artwork Taylor and Di Nicuolo have provided respectively have resonated deeply since 2020. Seven Secrets #17 was a near perfect way to segue into the conclusion of the series. While I’m excited to see how it all resolves, I’m also sad to see one of the most inventive series come to an end. Still, I’m hyped and that’s more than enough of an ask these days.