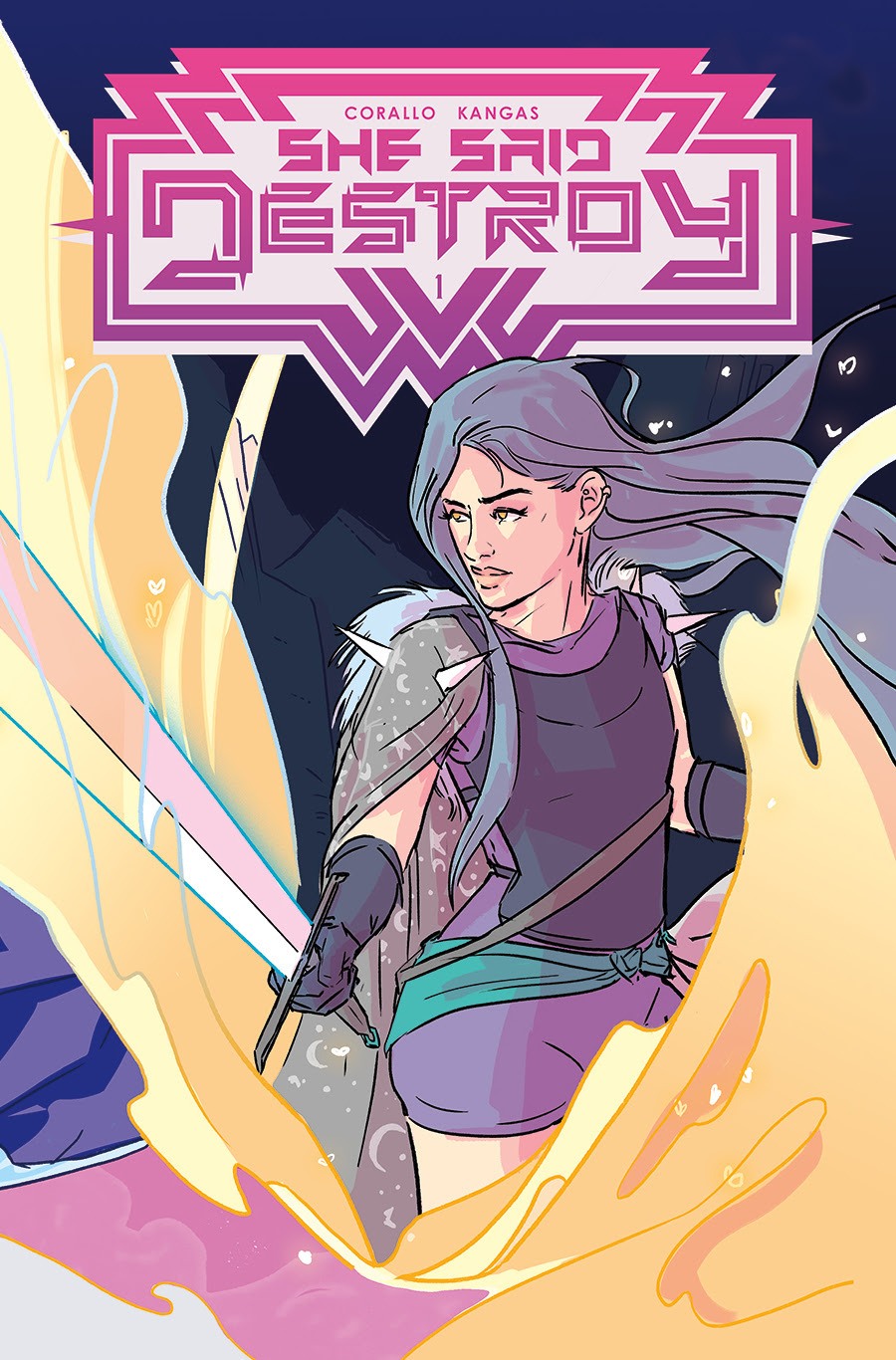 Whew. Vault Comics gave us the elevator pitch for this one: “The Wicked + The Divine meets Star Wars, by way of Final Fantasy.”

I thought it was E-x-t-r-a, yet I still wanted to read it.

We open to a world that once had thousands of Gods that folks were able to worship freely until one got greedy and started making a list and taking them out. The beginning narration, we learn is by the last standing God. She is the last of her line and also has the last bunch of followers against the opposition against the traitor Sun God Brigid who has converted the entire solar system into worshiping her and her alone, save one space colony. This solo dolo God who stands alone with her space colony is named The Morrigan, Goddess of Death and her worshipers are the witches of Fey and they’re ready to throw down.

Thus, we’re thrown into this tale of The Morrigan who ends her beginning narration with these powerful and ominous yet hopeful words: : ” I am Death. I am The Queen of The Fairies. I have few believers left amonsgt the stars, but my children are strong. I am The Morrigan and Faith is on my side.” It’s a lot to take in at first when putting together the established universe of space travel, magic and Gods who die once they are forgotten yet it makes the conflict much more immediate. It also makes me want to explore the narrative penned by Corallo more as I read on.

The visuals are the strongest part of this issue: Kangas’ art is dreamy, soft yet consistent all at once. Seeing the strangest things on page like the impressive Goddess Brigid in her flagship named The Inspiration (with her likeness attached, by the way, your fave could never) from afar against a background of outer space splash with a color wheel of pastel colors is vibrantly such eye candy on a page entirely by itself. 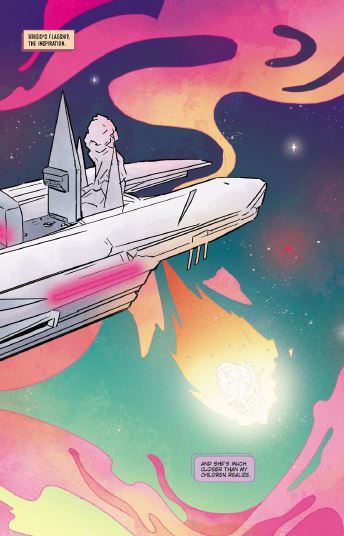 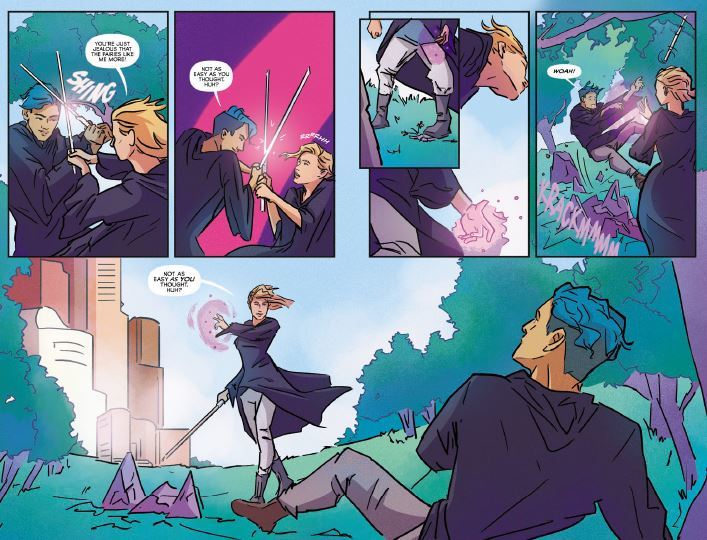 While not even being terribly detailed, the fight scenes and physical manifesting of the Goddesses blend in well and are easy to follow. Kangas’s art is complemented quite beautifully by Nalty’s superb coloring as it illuminates the aesthetic and look of the book and also helps sell the magic and space travel bits. I also love the choices made in regards to the paneling of certain pages that aids in the pacing. I’m also a fan of Ujimori’s lettering and design choices like the “SHHHH” in whispy font behind Brigid’s image as she materializes to pass judgement on page seventeen and all the super cool and flashy sound effects like the breaking of the weapons on page twelve. 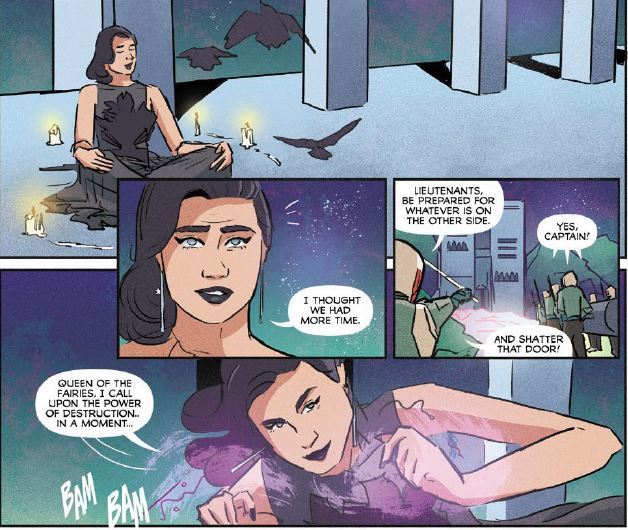 She Said Destroy #1 is a femme centered narrative about a resistance against a near omnipresent empire that combines magic and space travel with dreamy art to boot. I would like to see in the next issues a deeper focus on the depth of the characters as of yet, there no one outside of the Gods who has really captured my attention even though there is a variety of different type of female presenting folks on the pages.

What can’t be undersold is the mostly female creative team and the brilliant last page that ties into the title of the comic and also acts as a call to action. Like Queen Of Bad Dreams, Vault Comics has conjured up a new original series by a unique creative team with a narrative centering women and those whom we don’t always see fleshed out with full character arcs.  I’m happy to see more of these stories being told.