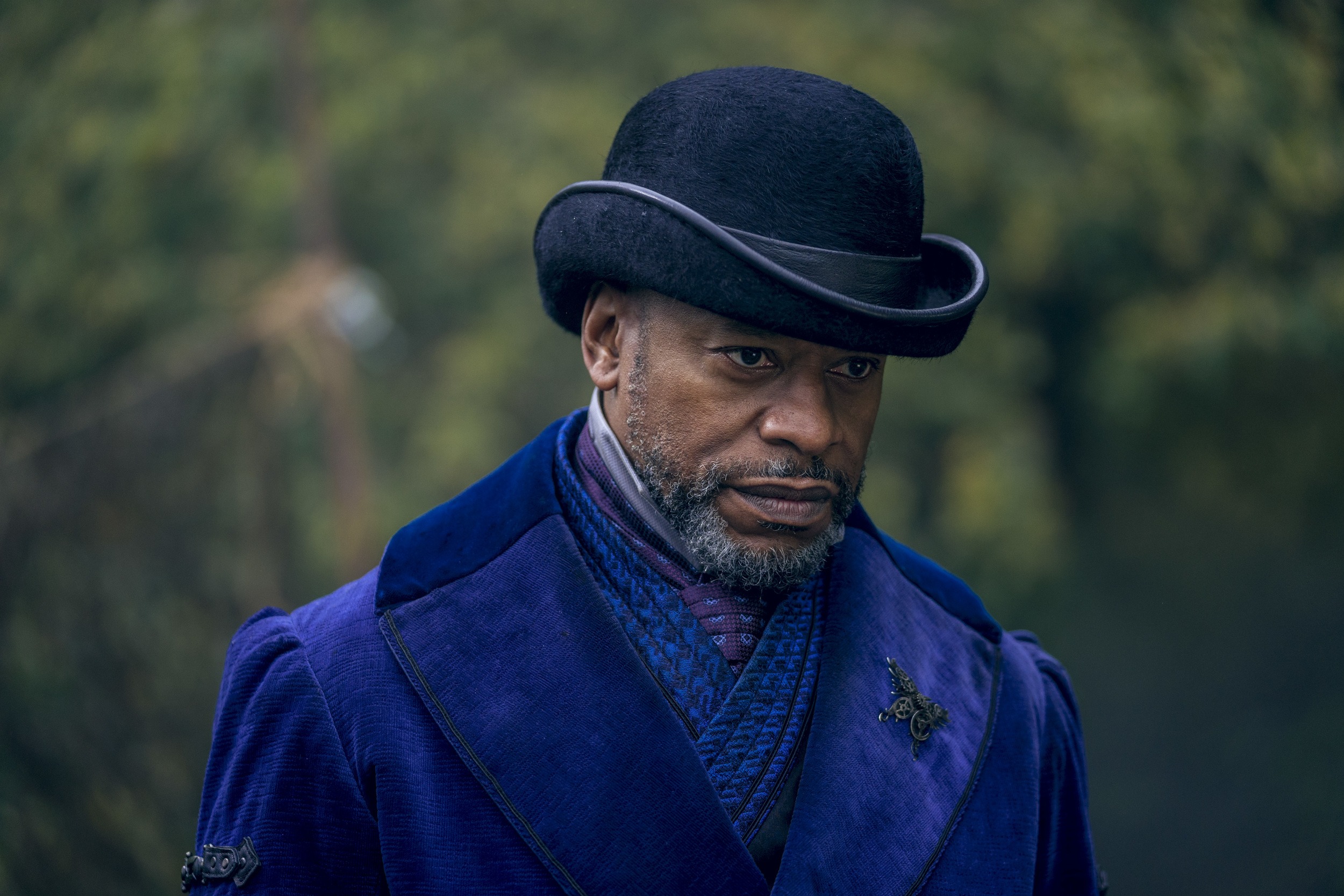 The Man With The Plan

Sherman Augustus is a man with a plan. In fact, he’s had a pretty good one since he attended Dorsey High School in Los Angeles, California back in the 1970s. Back then, Sherman played football, hoping to get a scholarship to college while doing a bit of acting on the side. “My whole goal was to see how far I could go as a football player…I had the will and the talent. I just wanted to see if I could do it,” he tells me over Skype while lounging in his rooms in Ireland only a few days after wrapping filming on his current project, AMC’s Into the Badlands. Sherman plays “Nathaniel Moon”, the Widow’s Regent and resident badass. For the third season, which began airing only a few weeks ago, Sherman received series regular status. “Being a series regular means you got a job,” he laughs when I ask how the upgrade feels. “You get to wake up every morning and go to a gig. It’s a privilege to do this.”

For Sherman, acting has always been a solace, but playing football, running track and academics gave him little time to pursue his passion. After earning a degree in Physical Education at University of Northwestern–St. Paul and playing professional football with the San Diego Chargers and the Minnesota Vikings, Sherman itched to conduct his energies into something else. “The folks I used to look up to that I knew played football and went into filmmaking [are] Jim Brown, Bernie Casey, Fred Williamson. They made a transition into another profession and [were] good at it. I figured if they could do it, then I could do it too.”

And do it he has. Since his first film role in the movie Colors (1988), Sherman hasn’t stopped sharpening his craft. With a career spanning over thirty years, he says that the characters, themes, setting and coworkers on Into the Badlands continue to inspire and motivate him. “I fell in love with filmmaking and filmmakers across the board. I like the process of film…and our TV show fits the mold that I like. [Into the Badlands] is shot cinematically. It’s shot like a film. This year, if you notice, the scale is bigger. We as actors…approach everything with the same caution and the same drive because we want it to be good. That’s what I was looking for.” 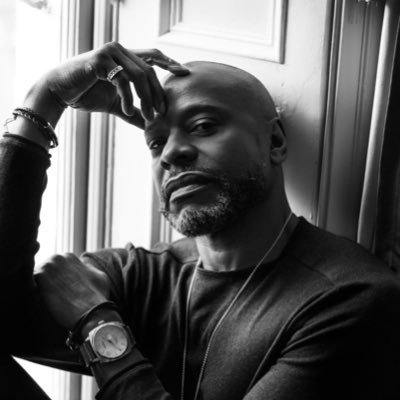 For this role, Sherman brings not only his athleticism and love of film, but a quiet intellect that shines through his character. Nathaniel Moon is honorable, intelligent, quick-witted and takes no shit from anyone. “It took a lot to strip the “you bend but don’t break” mentality. I have been able to hit every emotion required for an actor. It’s challenging and I like that. There’s nothing like being challenged. Nothing like it.” Sherman doesn’t take those challenges afforded to a series regular on a hit television show for granted, especially as a black man. He tells me, with a grin, that he and his friends in film often discuss the need for more black men and women in prominent roles in Hollywood. “I was just having this conversation with a friend who’s a film critic. He was talking to some students in his class and he asked them, ‘Who’s the most famous person on the billboard when you see Han Solo?’ Of course, you know, Donald Glover….And he’s like, man, see, that’s why, the brother. It should have been called the Lando Calrissian movie — the brother’s famous! But don’t get me started. [Into the Badlands] is 300 years in the future. You see a lot of films and a lot of television shows where any ethnicity is barely or rarely represented. There’s this particular type of person who’s going to be in the future or that person to save the day, that kind of thing. So with this show I say to Daniel [Wu] all the time…I know he gets tired of me saying this, but [I say] thank you for what you did and thank you for how you guys are thinking out of the box.”

According to Sherman, the entire cast and crew are aware that they have something special in the diversity of Into the Badlands. Each person involved in the show is determined to represent something positive in a genre where diversity is rare, and in a political climate that currently questions the value of representation. “We all know what is going on all over the world. So, if I’m going to turn on the TV and watch Into the Badlands, then basically I want to be brought out of all the other noise that’s going on.” With a cast that consists of men and women of color playing characters in roles of power, representation on Into the Badlands isn’t just a buzzword, but a way of life. 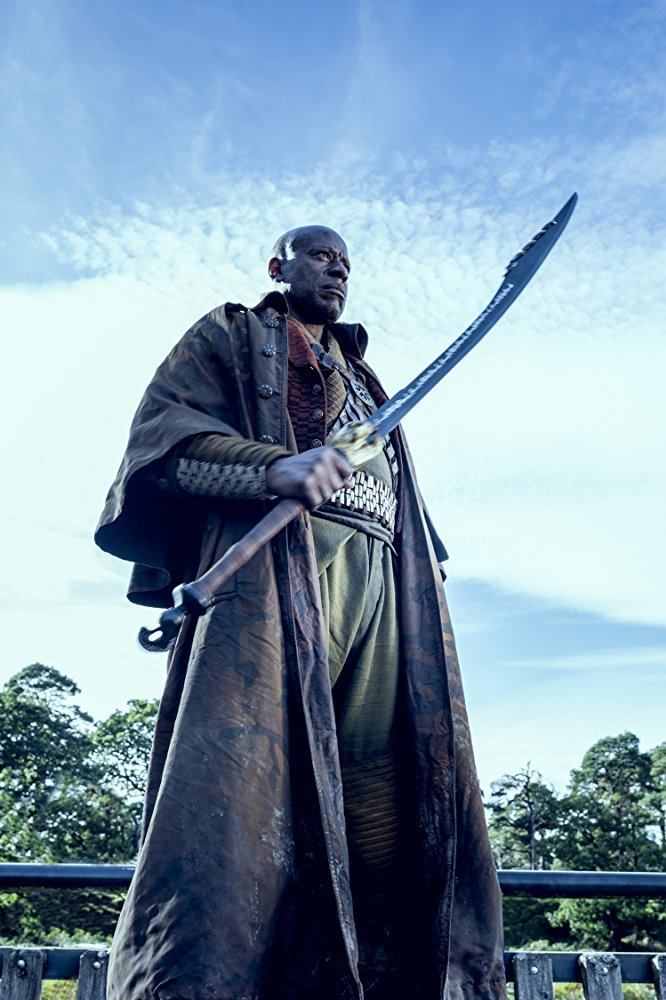 So, who is Nathaniel Moon? Sherman Augustus tells me that he is still trying to answer that question. For Sherman, the connection he shares with Nathaniel Moon is mental and spiritual. He doesn’t want Nathaniel to be one-dimensional, which requires allowing the character to, at times, dictate the conversation. Sometimes, Sherman tells me wistfully, he wishes he could be more like Nathaniel — who the long-time actor sees as honorable, no-nonsense and brave. Sometimes, though, just sometimes, Nathaniel becomes a reflection of Sherman himself. “We shot the scene…when [Nathaniel] tried to kiss [Lydia]. I wasn’t digging where I was coming from, and I looked at Orla [Brady] and I said, can I curse? Can I say a bad word? I said, fuck it. I’m doing Sherman. Nathaniel, stand over there in the corner and watch this.” What followed was a poignant scene in which two former lovers meet for the first time in years, a simple yet emotionally raw reunion led by Sherman’s own personal experiences. It is the process of creating art on film with people who not only care about their craft, but also hope to convey a universal truth through their work. As for the future? Sherman’s interest in film lies beyond just acting. “Ownership is the next phase. I would love to do a crunchy independent film…with a great filmmaker. Those meaty, earthy…dialogue-driven kind of projects. That’s what I’m looking for.”

Not a bad plan, if you ask me.

Into the Badlands airs 10pm, Sundays on AMC. You can find recaps of the show here.