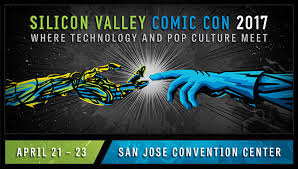 Lauren: Silicon Valley Comic Con was my first con in a few years (game dev conferences for work excepted), and I was pretty excited to go with my partner, a first-timer, and our 2 ½-year-old son. While my partner and I didn’t dress up, our little ran around dressed as Super Grover for most of the con (and a Wookiee for the last day).

Leslie: I attend a fan con at least once a year, but this was the first one for me that had so many celebrities in attendance. You couldn’t swing a lightsaber without hitting someone halfway famous. I also brought my family of con veterans along. These events are way more fun with friends!

Leslie: The list is long. Half of the cast of Star Trek: The Next Generation was in attendance, including Jonathan Frakes and Gates McFadden. William Shatner and Nichelle Nichols were there — did I mention I got her autograph? Don’t worry, I’m mention it again. And again. And again.

I also met Pam Grier, who was just as radiantly sexy now as she was in her Blaxplotation heyday. She gave a fascinating interview of her experiences in Hollywood as a Black actor through the 70s, 80s, and 90s, including touching stories of her relationship with Kareem Abdul-Jabar and hilarious ones of her method acting techniques. 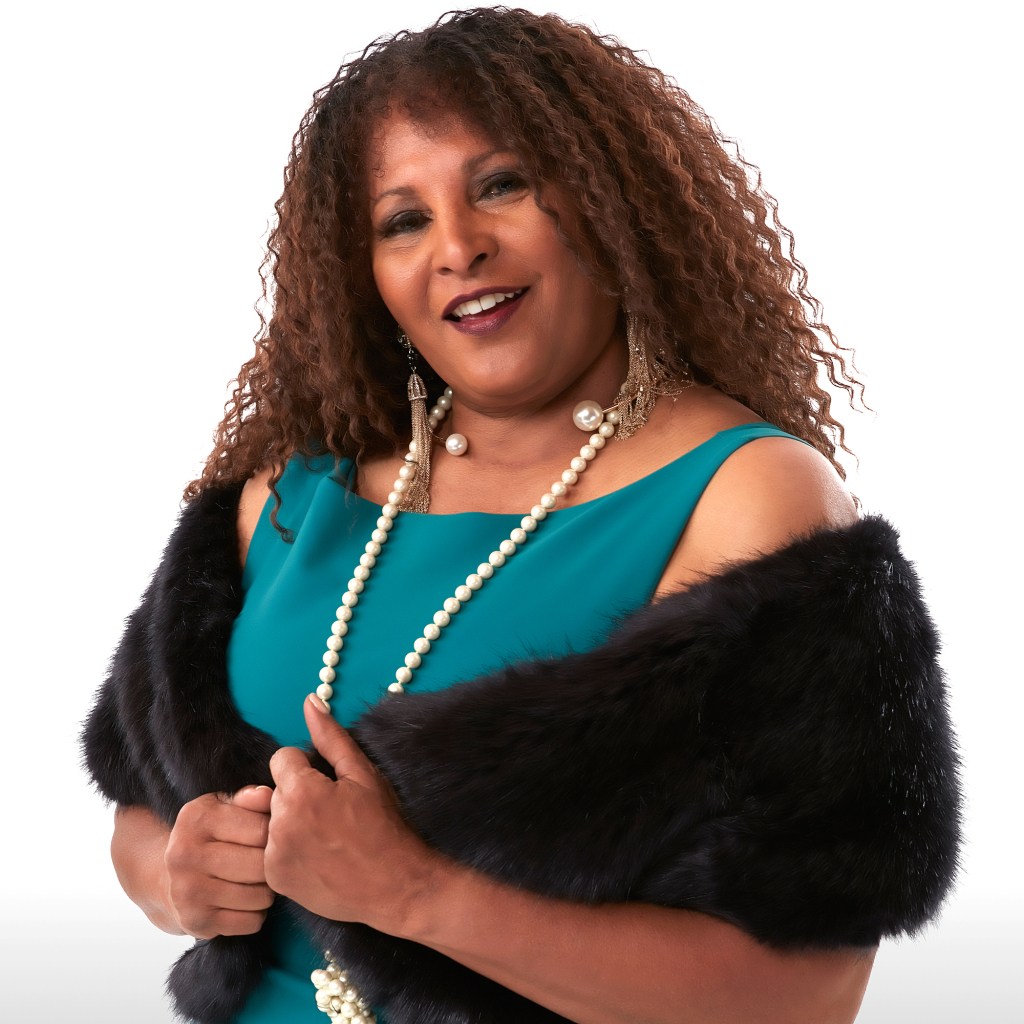 While waiting to get Pam Grier’s autograph I glimpsed the cast of Sesame Street, including Luis (Emilio Delgado), Gordon (Roscoe Orman) and Bob (Bob Johnson). The con really tried to hit all demographics.

Check the website for a full list…and of course to see who they’re lining up for next year.

Lauren: One of our first great discoveries was the Kids STEAM Lab, an open area on the ground floor of the San Jose Convention Center dedicated to the tiniest attendees. Sponsored by groups like the Children’s Discovery Museum of San Jose, the San Jose Public Library, and NASA Ames Research Center, there were interactive exhibits to keep even the most distracted toddler entertained: a workshop to build (and launch) paper airplanes; an exhibit of “ancient” technologies like rotary phones, Apple IIe personal computers, and a Betamax player; a roped off area of empty, sealed cardboard boxes to stack and build with–and most importantly–to knock down; and close to my heart, a robot named Pepper Ann built by the Janksters , an all-girl team of roboticists from Notre Dame High School in San Jose. 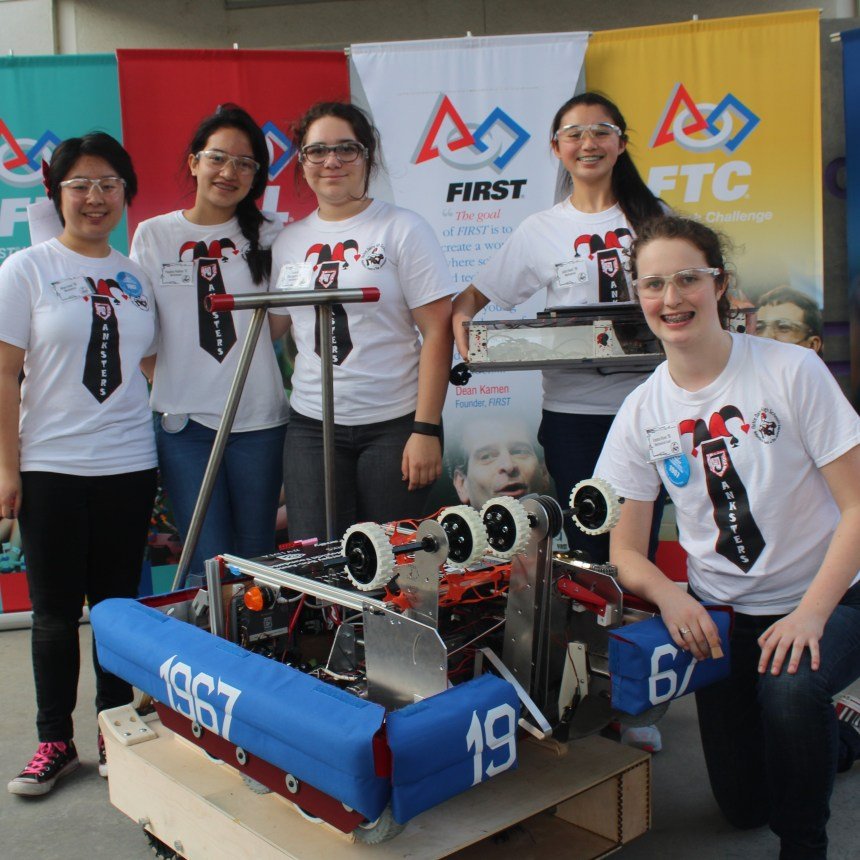 Leslie: The Vendor’s Room/Artist Alley was significant, featuring more than 500 booths and tables. We easily spent a day there, wandering up and down the aisles. I was there for new comics, and stopped at every booth helmed by a Black creator. My daughter ran through the Magical Girl booths so excited she could have had her own transformation sequence. My partner is a Star Wars nut, and there were plenty of goodies from low-end customizable lego Jedi, to a mid-range fully posable Asoka Tano action figure, all the way up to the high-end Samurai Stormtrooper statues from Bandai.
Guess which one we bought? 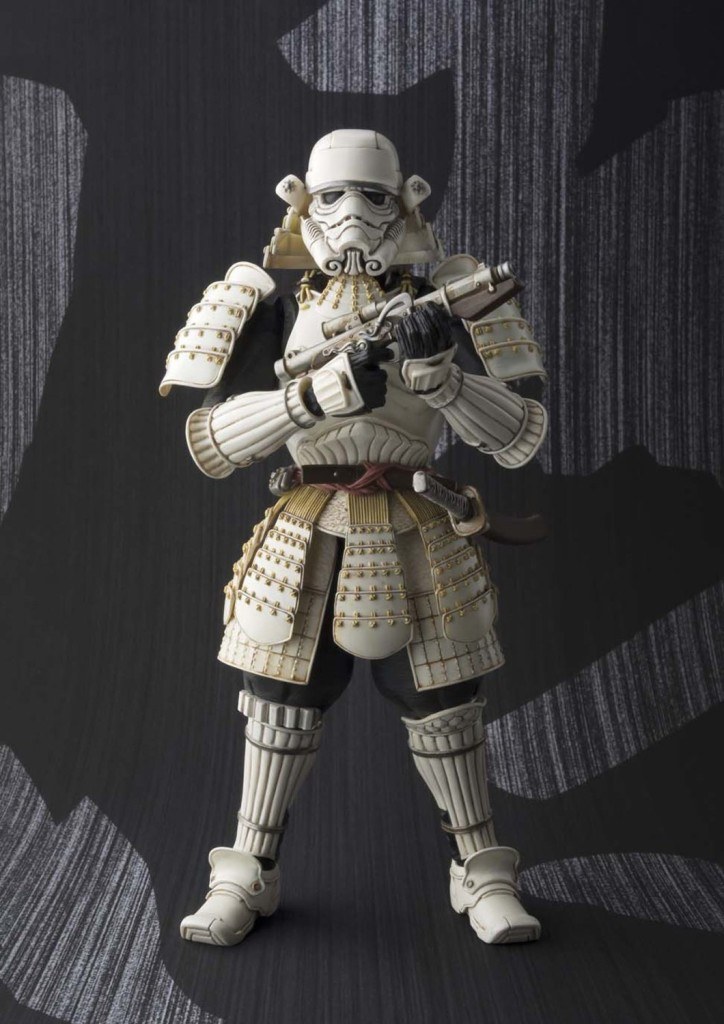 Leslie: There were cosplayers everywhere you looked. Professional level superhero cosplay, local talented amateur cosplay, and newbies out for their first time. I saw Carmen Sandiego and Waldo, lots of Doctors Who, probably 50 Deadpools (including one riding a unicorn), and of course a full squadron from the 501st Legion.

Lauren: There were some impressive costumes over all–a thoroughly creepy Weeping Angel from Doctor Who, a , a whole lot of Reys and a metric shit-ton of Negans. But my favorite Negan of all was Grandma Negan (here’s her Instagram page), wielding her double-duty Lucille.

Lauren: One nice surprise was a reading called Literary Pop, hosted by Wonder Dave. This ongoing reading series, normally held at Doc’s Lab in San Francisco’s North Beach, features poetry, fiction, and nonfiction about pop culture, with a heavy nerd leaning. At the SVCC edition, writers (some in costume) tackled everything from Steven Universe to Life, as reviewed by a game critic on Youtube. A stand-out performance was Baruch Porras Hernandez’s touching reading of his essay “Ellen Ripley and My Mother” (published here at The Tusk).

Leslie: My biggest surprise was the gaming room. Sponsored by a couple of local groups, there 20 or so televisions set up with old video game consoles. We played Virtua Fighter on a Sega Saturn and Mario Kart on an NES. There was also a mass of standup arcade games to play all for free. It was a great space to get away from the press of people in the Vendor’s Room and just chill. It quickly became my rally point for meeting friends: Meet me in front of the Ms. PacMan game.

For a convention only in its 2nd year, Silicon Valley Comic Con has a lot to offer any fan, regardless of genre. There was a variety of activities, including a lot to keep younger fans busy, and access to enough space to keep the crush of people from getting you down. It hit all the demands for celebrities and panels, while also providing educational activities and opportunities for fans to connect. We’ll both be back next year, maybe with more money next time.