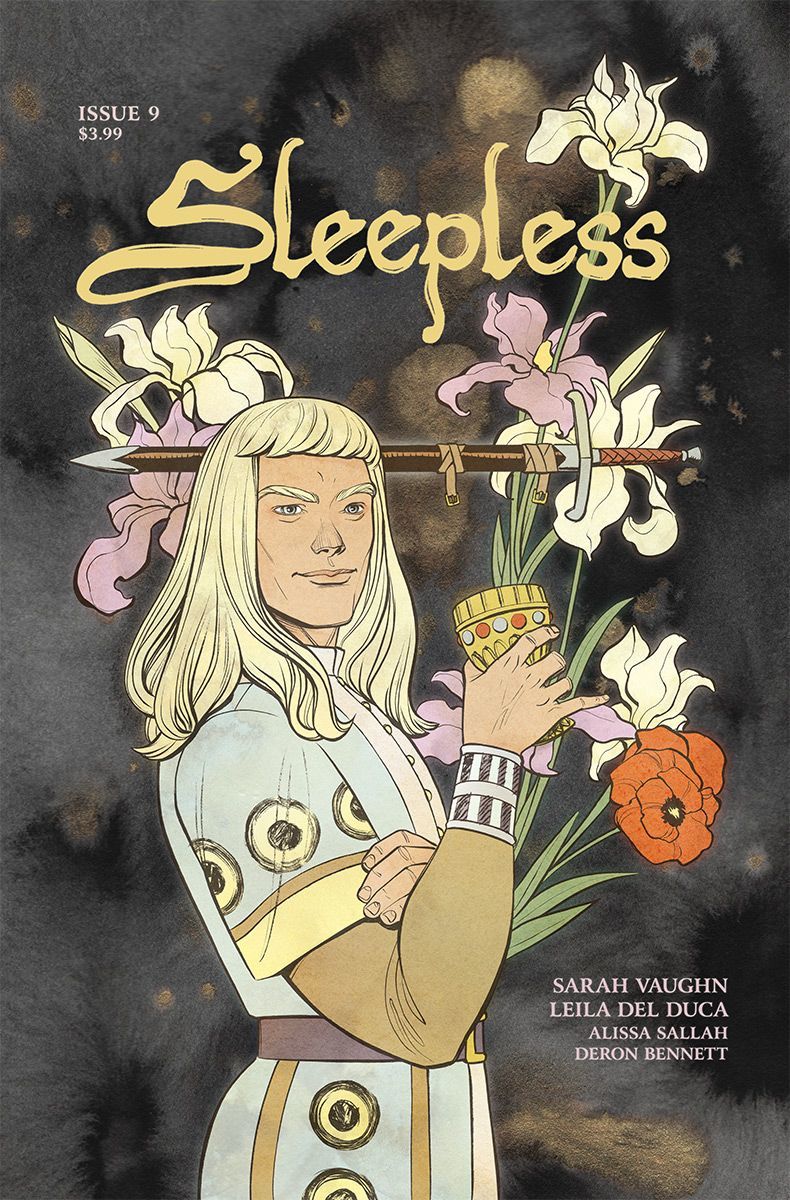 Our girl is finally married. Oh, what a happy occasion it could be, it would be…if she were marrying the right person.

More importantly, we still know someone wants her head! The festivities after the ceremony are full of blessings and the few concerned folks in Poppy’s corner. At the reception, her father’s widowed wife, the former queen, Leotta happens to mention some details about her new home. The estate where she lives, was given to her by Poppy’s father. It was once an enemy estate, meaning it belonged to someone else…and the lands that he gifted his daughter are of the same nature. It’s an unsettling mention and definitely some foreshadowing for what is to come.

There’s plenty of mumbling in the countryside in this issue, showing us the people’s displeasure about the actions by the new king. We are further shown the moments when he loses his cool. His mask is full of cracks, fam. But also, we see the power of the whispers of the people, something that will continue to come around.

This issue’s action goes from zero to one hundred FAST. The pacing set by the creative team has been slow at times. I’ve haven’t complained because I hate when a narrative is rushed and all the finer plot points feel sloppy after the fact.

Once alone with Lord Helder in their chambers, they cut to the chase and get all the pleasantness out the way. Neither of these two trust each other and our darling Poppy must watch her steps in this new game to survive the night. What follows next is a heart to heart, a confession, a declaration, and a promise. You’ll have to read from the beginning to see where the shipwreck started, but you’ll have no doubt about how it will end. Through all this, del Duca and Sallah’s artwork and coloring strike a grand balance with the backgrounds behind both Pop and Helder changing to fit a different emotion. For example, when Helder speaks of our princess’s popularity in the country and questions why wouldn’t she take the throne — the background is colored a purple. And purple, my friends is a color of royalty in some cultures. 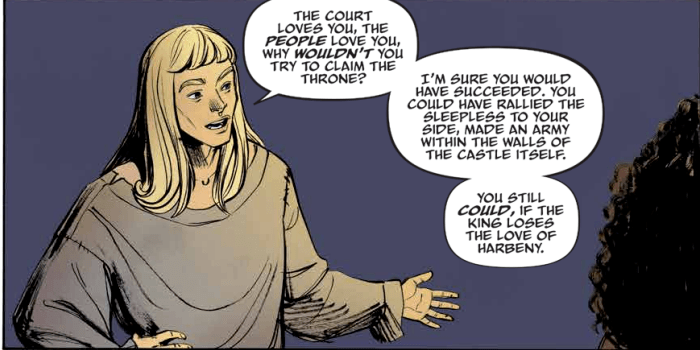 What follows next is a literal race through the hallways!! Pyppenia is running for her life and the creative team parallels it against when she was younger and attempting to escape a would-be assassin! The ending of this issue leaves us on a such a long awaited and dramatic note: Sleepless‘s creative team really deserve their dues. They really have grown Poppy’s and Cyrenic’s relationship. They’ve painstakingly taken the time to develop the world and step-by-step build up the backdrop of the drama and dueling that these two outsiders find themselves in. It is the biggest payoff to see our two wayward children join hands and run from danger. Someone else does get their comeuppance BUT it comes at a price!! It’s going to be so hard to bide my time until next month to see what treachery our two sweet summer children have to avoid.

If you’ve been meaning to pick up Sleepless and haven’t got around to it–now is your time! The killer premise, the art, the attention to detail, the promise of romance, the intrigue and the storytelling that just grips you — it is worth the ride. 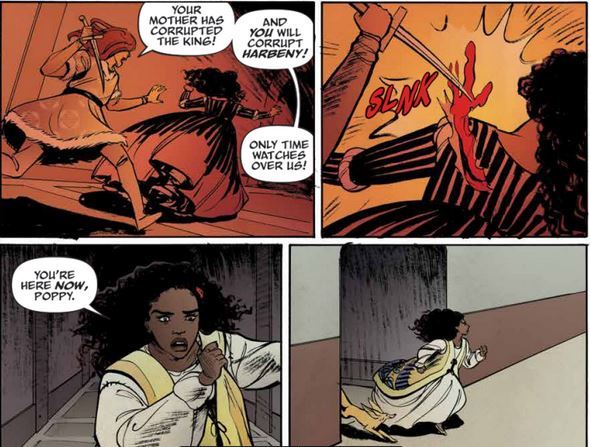