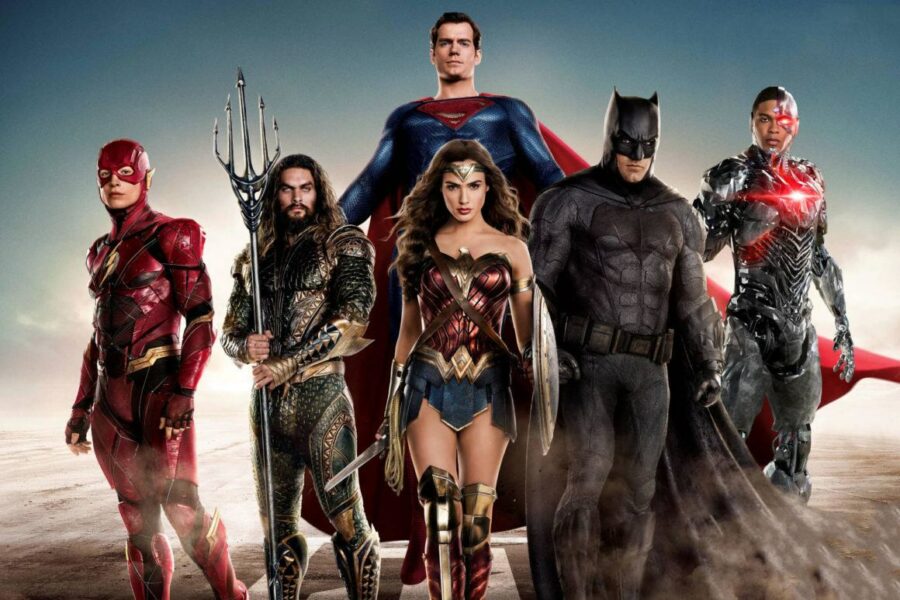 Well, it’s out there now. It’s been out there for months now. The long awaited “Snyder Cut” of Justice League has made its dramatic, four hour debut after four years, two directors and at least one CGI mouth. I’m willing to start off by admitting that this is probably a landmark in the genre of superhero films. Titled Zack Snyder’s Justice League to differentiate itself from Joss Whedon’s failure, the film adds a great deal of backstory. Additionally, Snyder inserted a ton of filler and cameos into the existing, still-flawed storyline; the five greatest heroes on the planet are completely useless without Superman. This delivers a grander experience that takes the overall content from “outright bad” to “debatably audacious but ultimately mediocre.”

After all, it’s not every day a movie is granted an appeal in the court of public opinion… at least not in the social media age. Marvel, for example, has had underperformers in its day but we don’t see them trying to keep our attention with another version of Thor: The Dark World. Having said all that, I was forced to wonder: What was the point of subjecting us to this movie?

Was there a point?

I was genuinely wondering what the purpose was behind sitting through a four hour retelling of the same movie people largely rolled their eyes at almost five years ago. What makes this a real mystery, is that this movie ended with a dozen cliffhangers that will see no payoff. At this point, Warner Bros is not restoring the Twitter-coined “Snyderverse”.

First off, the likelihood of key people from the cast returning to the fold grows slimmer all the time. After dropping out of starring/directing a solo Batman film, Ben Affleck is unlikely to return as the Caped Crusader. Henry Cavill is rumored to be moving on from his role as Superman and who can blame him? The amount of time these DC movies take to film ranges from “rushed” to “two term president”. The Rock, for example, has been selling us the Black Adam movie for what seems like at least a decade.

The main reason I wouldn’t count on seeing anymore of the Snyderverse is actually the same reason we saw the Snyder Cut at all: because so many people wanted it. A do-over because of a unique situation (Snyder’s sudden, sad departure during the OG production) is one thing. After that, however, the studio is in a position where it looks like they’ll just cave to the demands of their audience at the drop of a hat.

Don’t get me wrong. I’m not saying that nothing good came from this. For one thing, Snyder’s Justice League Remix definitely represents the vindication of Ray Fisher, who plays Cyborg. In the OG Whedon edit, Cyborg’s part in the storyline is almost completely relegated to backup dancer status. Any part of his character arc that might have been interesting is merely hinted at … badly. Worst of all in my opinion, in placing Cyborg’s storyline on the backburner, the 2017 version completely squanders having the incomparable Joe Morton (who plays Silas Stone, Victor’s father) on set. About as unforgivable a decision as it gets.

Meanwhile, the Snyder Cut shows us a deeper, more meaningful look at Victor Stone. We get to see him living his best life. He acts up on the football field, cuts up in the classroom, and hacks his friends’ grades. We even got a better understanding of his relationship with his parents before the tragic accident that led to him becoming the hero he is. Cyborg felt less like a sullen, “guy in the chair” (no disrespect to Spider-Man’s homie, Ned), and more like an integral part of the team that came through in a clutch moment at the end of the movie. This lends itself to the idea that Fisher was done a disservice on multiple levels by Joss Whedon. Speaking of…

In a sea of accusations and buried truths brought to light, the Snyder Cut has proven to be a serious nail in the coffin for the once lauded creator of Firefly and Buffy The Vampire Slayer. In 2020, Fisher rolled out allegations of Whedon’s abuse and overall toxic behavior on set. He also alleged that his accusations didn’t get taken as seriously as they should have in the court of public opinion despite Warner Media opening an official investigation in which Gal Gadot and Jason Momoa cosigned his sentiments.

Since said investigation, many Buffy/Angel alumni have come out of the woodwork to throw their lot in with Fisher’s grievances. All combined, these seem to have led to a rumored blackballing of Whedon in Hollywood. Now, I’m not necessarily thrilled about the fact that it took mostly white women to affirm what a Black man knew all along for it to be considered legitimate. However, sometimes, results are results.

Justice in the end…?

So, sure…maybe we’re not getting the type of satisfaction and fan service we’ve come to expect from good superhero films. However, if it took four hours of mediocrity to put some respect on Ray Fisher’s name and plow Joss Whedon’s career under, then long live Snyder.