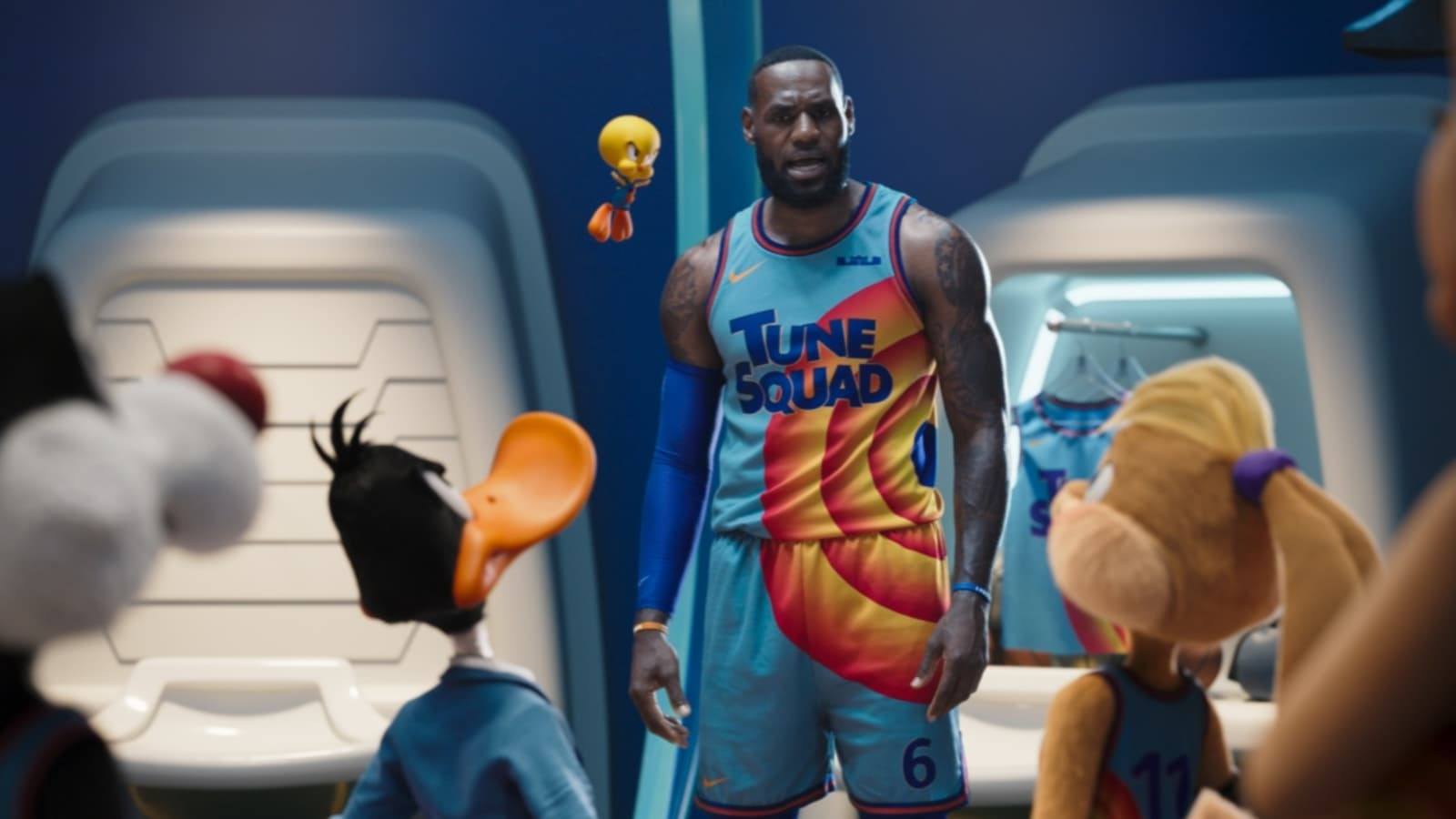 Full disclosure, I grew up on Space Jam. When I was a kid, I wore out my VHS and pretty much memorized the movie from how much I’d watch it. However, looking back on it, it’s not that great of a movie. Fun for sure but let’s not act like it’s some great piece of cinema. Nor was it trying to be or has to be. It’s a fun kids movie that’ll keep a special place in the hearts of many who also grew up on it. So when Space Jam: A New Legacy was announced, like many, I was annoyed. “Why are they making another one? They’re ruining my childhood! Etc etc…” So how does this new iteration stack up? Honestly, y’all can put down your pitchforks and torches. For better or worse, it’s more or less the same movie.

The story of Space Jam: A New Legacy is a competent one, and honestly better than the original. LeBron James is trying to connect to his son through basketball. His son, Dom James (Cedric Joe), wants to build video games. Both end up in the “Server-verse,” when a rogue AI, Al-G Rhythm (get it, algorithm…) played by Don Cheadle, kidnaps and tricks Dom into playing against his father in basketball. Got all that? Kids will love when LJ becomes a cartoon and interacts with Bugs and the gang. Going to different worlds and recruiting the different characters we know and love is a pretty fun segment.

Lots of cameos and movie drops that most of the adults and parents will know but not really the kids. Who was this made for? A lot of the jokes and gags seem tailored specifically for us who were kids when the first Space Jam came out. And yes, it’s pretty much WB showing off all the properties under their name that you can watch on HBO Max.

But let’s not stand on our soap boxes crying to the void on how this ruins your childhood, and that the original didn’t do this. Because it did. The original movie was literally conceived because of a Nike commercial. The movie itself was full of product placement, and that’s fine. At least in Space Jam: A New Legacy it does somewhat fit within the story.

Look, is it a good story? HELL NAW! But it’s more of a story than Michael Jordan getting kidnapped by Bugs because he’s MJ and having cartoon world under the parking lot of a Piggly Wiggly. The point is, if you really look at both of them, both stories are dumb, but you didn’t come to any of these films for the stories. You came to watch the Loony Toons Gang use their tricks to win a game of basketball. And that part is fun.

Al-G uses Dom’s video game to turn the main game into more video game like. He uses that data to create The Goon Squad and their designs are pretty creative. But I need to actually point out Don Cheadle as Al-G. Don is clearly having a ball (pun intended) playing the over the top Al-G. He’s easily the best part of this film, and I wouldn’t mind getting more of this Cheadle in something else. A character I do need to call out is Dom. The writing for this character was weak. Kids are dumb, but the way he just didn’t seem to care or understand (people in general) that his family was kidnapped and literally had their lives threatened was annoying. The crux of the story was LeBron learning to connect with his son and let him do things his way, and it’s hard to care about it when you don’t care about Dom.

The game itself is both fun and entertaining, but also a bit baffling. The Goon Squad flowed well and was fun to watch, and once the Toons got to let loose it was energizing. But the game being framed as a video game I could do without. The style points meant they could do whatever crazy thing and be up 500 points in the first 2 minutes. It just wasn’t for me, and I don’t think most adults will gel with it. Kids will enjoy the frenetic energy though. And the movie will end the way you’d expect, LeBron and Dom learn to connect, the good guys win, yada yada yada. And lo and behold, your childhood is still intact.

At the end of the day, it’s a movie. It’s just as competent as the original and even does a few things better. If you want to distract your kids for an hour while you go relax or do work, it’s good enough to keep their attention and they may even go back for multiple views. And all you Space Jam purist can relax, I promise the creation of this film didn’t cause all VHS, DVD, and streaming copies to suddenly burst into flames. If you can let go of the original, you might even enjoy it. And if you have no inclination to watch it, you won’t miss much, and you can go about your day. In 2045, the kids of today will have the same reaction us millennials are having when they make Space Jam 3, but for right now, it’s just an ok film.