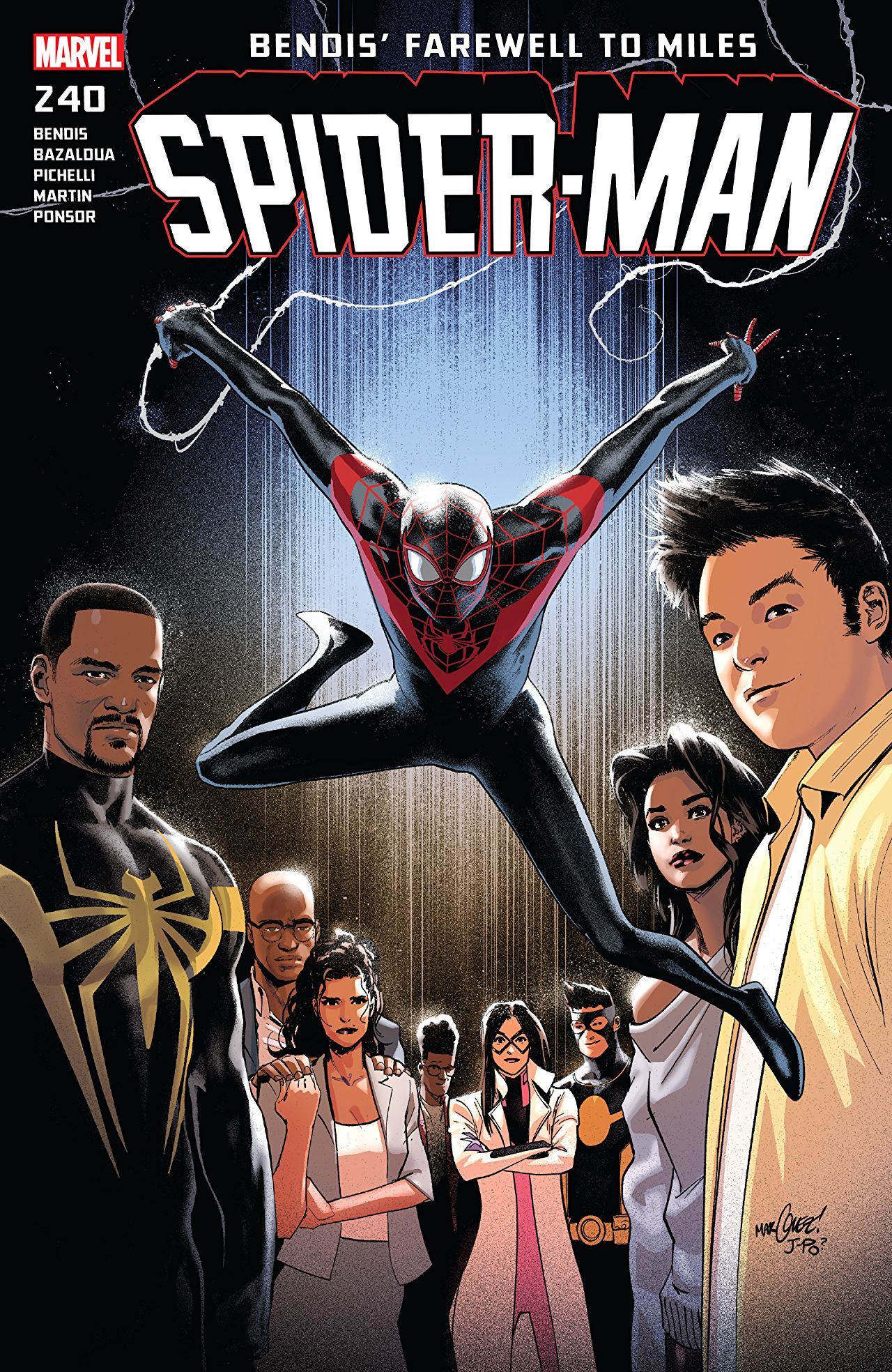 Did I miss something? I feel like there was a whole issue’s worth of content that we needed before we got this ending. And while I like some parts, this is just a weird note for Brian Micheal Bendis to end his Spider-Man run on. It’s just an unsatisfying wrap up to an otherwise solid story arc. I mean, I was excited to see Miles take on the Sinister Six but a lot of this feels like Bendis just decided to stop telling the story.

Honestly, the ball has been dropped. Immediately, we find Miles in a hospital bed, recovering. The battle in Latveria is over, both his parents are by his side, and everything is … resolved. Do we get a flashback showing us what went down in Latveria? Yes. Does it give us the closure that we need? Hell no. 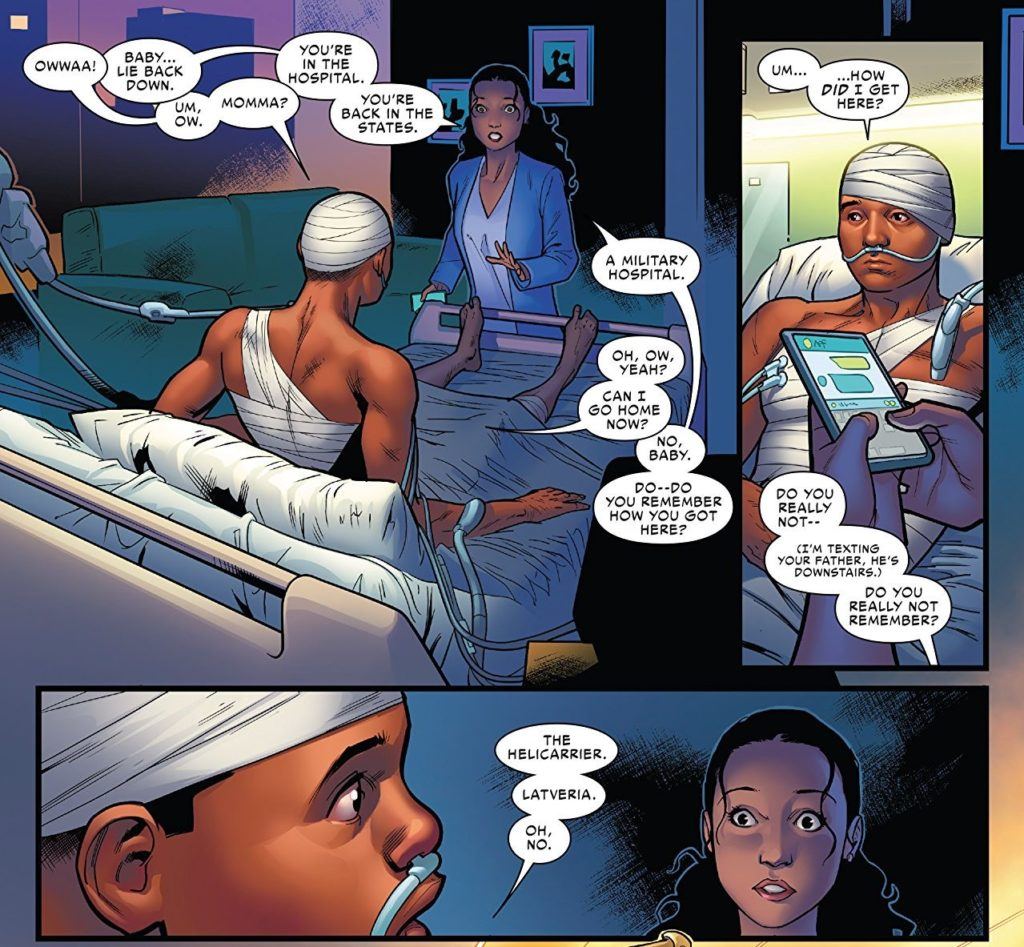 First off, we don’t even get a proper resolution to the conflict between Miles and Uncle Aaron. I’m sorry, that’s wrong. It actually never happens. Miles and Aaron don’t confront each other at all during the final battle. It just ends. It also makes no sense for Miles or Uncle Aaron’s characters to just leave things the way they are, especially after everything they just went through. 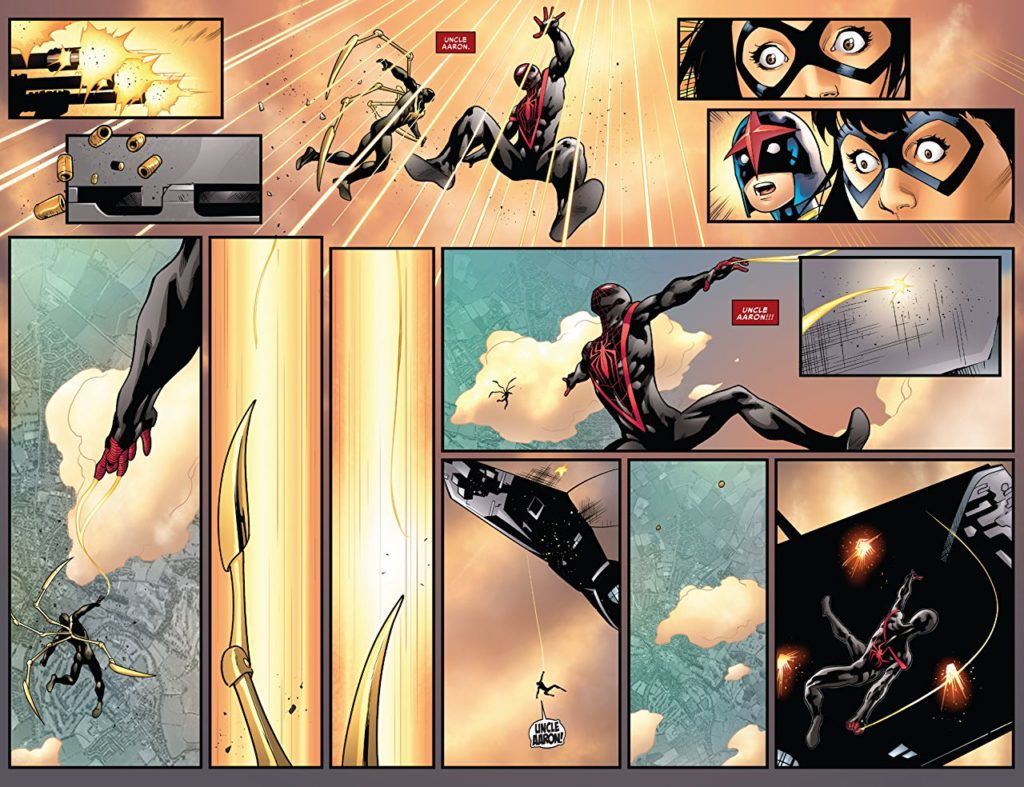 What’s crazy is that some of this would’ve worked as a pretty nice ending if they gave the story it’s proper due. It would have been great to see Miles finally discuss being Spider-man with his mother, or seeing a proper talk with Uncle Aaron. Instead, it just doesn’t feel real. It’s all wrapped up in a way too convenient bow and everybody just randomly decides to let bygones be bygones. They even brush off the fact that Ganke freaking revealed Miles’ identity to someone who was about to SELL IT FOR CASH! How is that not a conversation we are going to have!

Bendis’ run on Miles Morales tale ends on a whimper. Plot lines are completely dropped without any forethought and we are all left with possibly the last Miles Morales solo story for a long time. It’s more than a disappointment and my boy deserves better.

6 Dropped Plot Lines out of 10