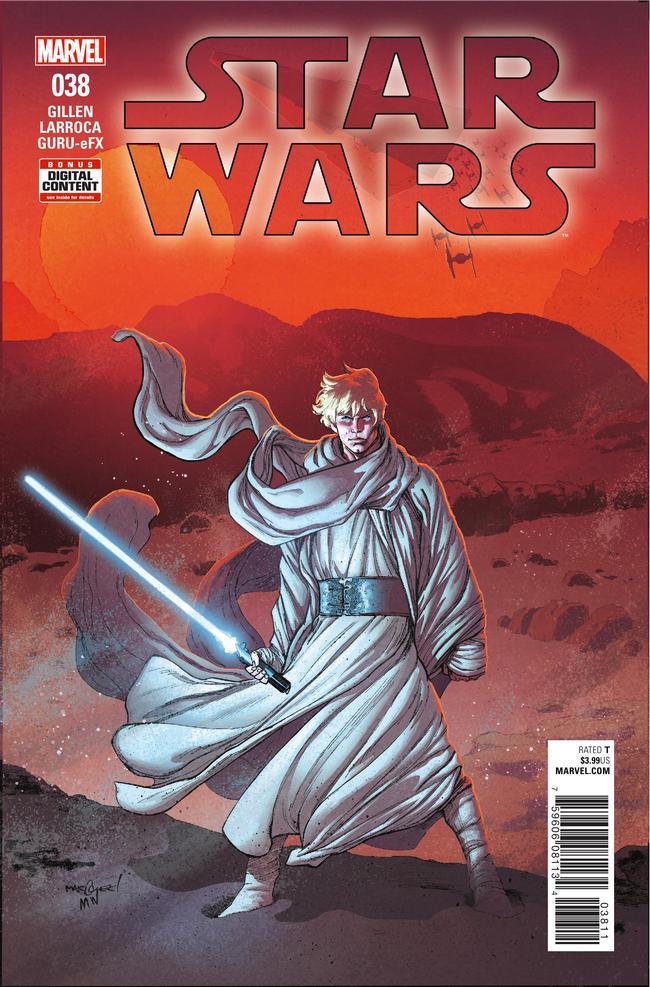 The flagship comic for Marvel’s new Star Wars extended universe has mostly run like a well-oiled engine on Jason Aaron’s watch. The book has consistently mined the spaces in between the films to unearth a plethora of world building and characters that fit right into this world as if they’d always been there. But now with Aaron passing the baton, can Kieron Gillen keep the momentum going?

As good as Aaron’s run was, his standalone vignettes didn’t exactly leave Gillen much to work with as far as establishing the story going in a new direction. Whereas Aaron worked within the in-betweens of New Hope and Empire, Gillen seems to be tying Team Skywalker to fallout from the events of Rogue One. This approach has both strengths and weaknesses. On one hand, sure, it’s great that the Extended Universe is going out of its way to make sure that Rogue One has deep roots in the mythology. It’s a little fanservice-y but something like Star Wars doesn’t get to last 40 years without its share of fan service. On the other hand, I was ready to scream if I had to read Saw Gerrara’s name one more time. So far, it’s effective but doesn’t start as explosive and kinetic as Aaron’s run. 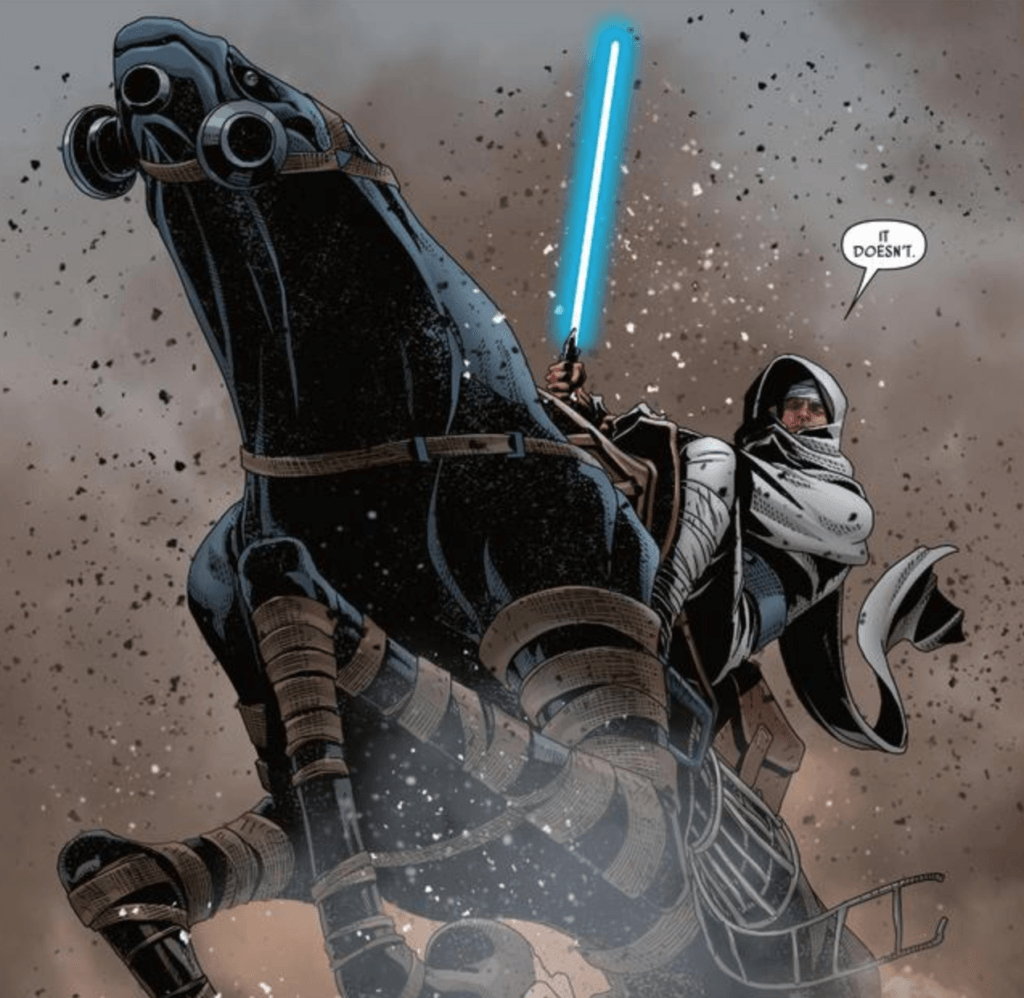 Visually, I must admit I’m slowly being converted to one of the anti-Salvador Larroca people. I could deal with the photorealistic faces at first but now he’s outright lifting faces right out of screenshots from the movie and it is immensely distracting and off-putting. At one point, there’s a panel of Leia with a scarf over her mouth and it’s just these dead photorealistic eyes looking at you, following you like one of those creepy Boris Karloff haunted house movies. It’s getting bad, y’all.

Bottom Line: The attempts to add relevance to Rogue One (as if it needs any more) are appreciated but there’s nothing truly magnificent to look at so far in Gillen’s first issue. On top of that, Salvador Larroca is officially the element that’s keeping this book from true greatness. This would be a perfectly serviceable book with just a little less photorealism.