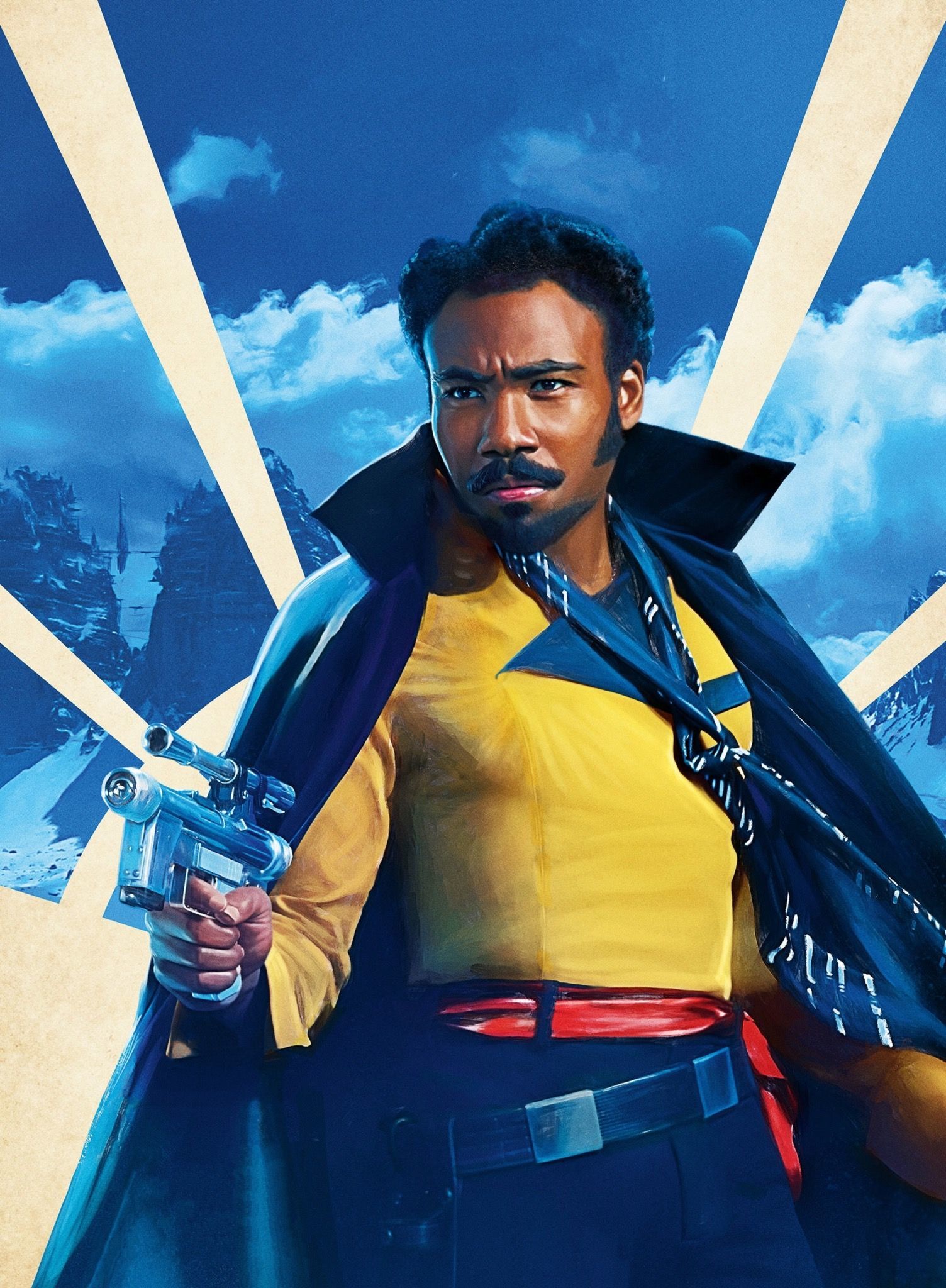 The Mandalorian is proving that live-action Star Wars and television mix as well as a John Williams score and a lightsaber duel. Because of that, I think it’s pretty safe to assume we’ll be getting a few more shows in the future that take place in a galaxy far, far away. So I’m writing about the ones I’d like to see the most.

To me, Solo wasn’t really a necessary movie. I didn’t need to know how he got his name or see him do the Kessel Run in twelve parsecs. With that being said though, I do enjoy the movie quite a bit. Especially when it isn’t focusing on Han.

The expanded view of the criminal underworld of the galaxy was incredible to see on screen. Not to mention the Darth Maul tease that we got at the end as the head of the whole Crimson Dawn organization.

His time in the criminal underworld is an integral part of his story and while we’ve seen glimpses of it in novels and comics, it would be really cool to see it fleshed out on screen.

Solo clearly tee’s up the possibility for more, but it underperformed at the box offices. At least for a Star Wars movie. But I think it would be perfect for a Disney+ show. Bring everyone back from the movie and just run with it. There was clear chemistry from the main cast.

Flesh the story out over more time, shift the focus from Han to a larger ensemble, and give us more fly looking big bads.

We could even get more insight into the beginnings of the Rebellion with Enfys Nest, and how that could tie into Star Wars Rebels.

And much more Lando please.

Ahsoka is set to make her live-action debut on The Mandalorian this week, and rumors are swirling that she already has a spin-off in the works. So this may be more than wishful thinking.

In her inevitable show, I’d like to see Ahsoka after the fall of the Empire exploring the nuance of the Force. The light. The dark. All of it. She can be the true Grey Jedi that was teased with Rey but never fully realized.

We’ve seen her disillusionment with the Jedi Order in The Clone Wars, but I want to see that taken a step further. We know it was Luke who tried to jumpstart a new generation of Jedi, not Ahsoka. So why is that? She would have the opportunity to make up where the Jedi failed.

Oh, and she better have those bright white lightsabers. I will be so hurt if they’re blue.

Knights of the Old Republic

Please give us this shit already. Please. Knights of the Old Republic is a gold mine of potential. It’s so far removed from the Skywalker Saga, 4,000 years in fact, that they can really do anything. There are rumors that some of the unnamed Star Wars films scheduled to come out in the next few years might be KOTOR related, but I think it would be better as a television show. It really could be Star Wars’ answer to Game of Thrones. Some of the best KOTOR content of the past decade are the beautiful cutscenes that they release every time they update their MMO.

I’d love to see the Jedi at one of their high points. Yes, we saw a bunch of Jedi in the prequels, but they were on their last leg. Knights of the Old Republic has the potential to pit a gang of Jedi against a gang of Sith. I need this funneled into my veins expeditiously.

I’m holding out hope because The High Republic initiative set to debut early next year is a sign that the powers that be are looking to the past. I just want them to look a little further.

This one has basically no chance of happening but it’s still something I’d like to see.

The Rise of Skywalker dangled a few tasty morsels of potential storylines at us in an otherwise muddled movie. And high up on the list of things they teased are Jannah and the defected First Order Stormtroopers. Turns out Finn wasn’t the only Stormtrooper to realize what he was doing was wrong. This is a natural progression to Finn’s arc in my opinion, and it would give him something to do that serves his development.

The scene with Jannah and Lando at the end of the film where he suggests they go find her home is a nice nod, but I’d like to see Disney follow up on that.

My ideal arc for the show would have Jannah, and Finn, shepherded by Lando, finding their families and where they come from. A side story could be Finn honing his Force abilities. It would be a nice contrast to Rey because he would have time and space to learn at his own pace.

We might get this story explored in a book or a comic someday, and I’d love that too.

I doubt we’ll see a show, though. Star Wars fans have treated John Boyega like crap and he’s literally said he’s done with Finn and he’s not coming back for a Disney+ show. And Billy Dee Williams is up there in age. I don’t know if he’d sign on for a whole season of a show. But one can dream.

I could come up with countless more Star Wars television shows. And maybe I will in the future. But for now, these are the ones I want to see the most. I’ll just have to trust in the Force that some of these can manifest in front of our collective eyes.