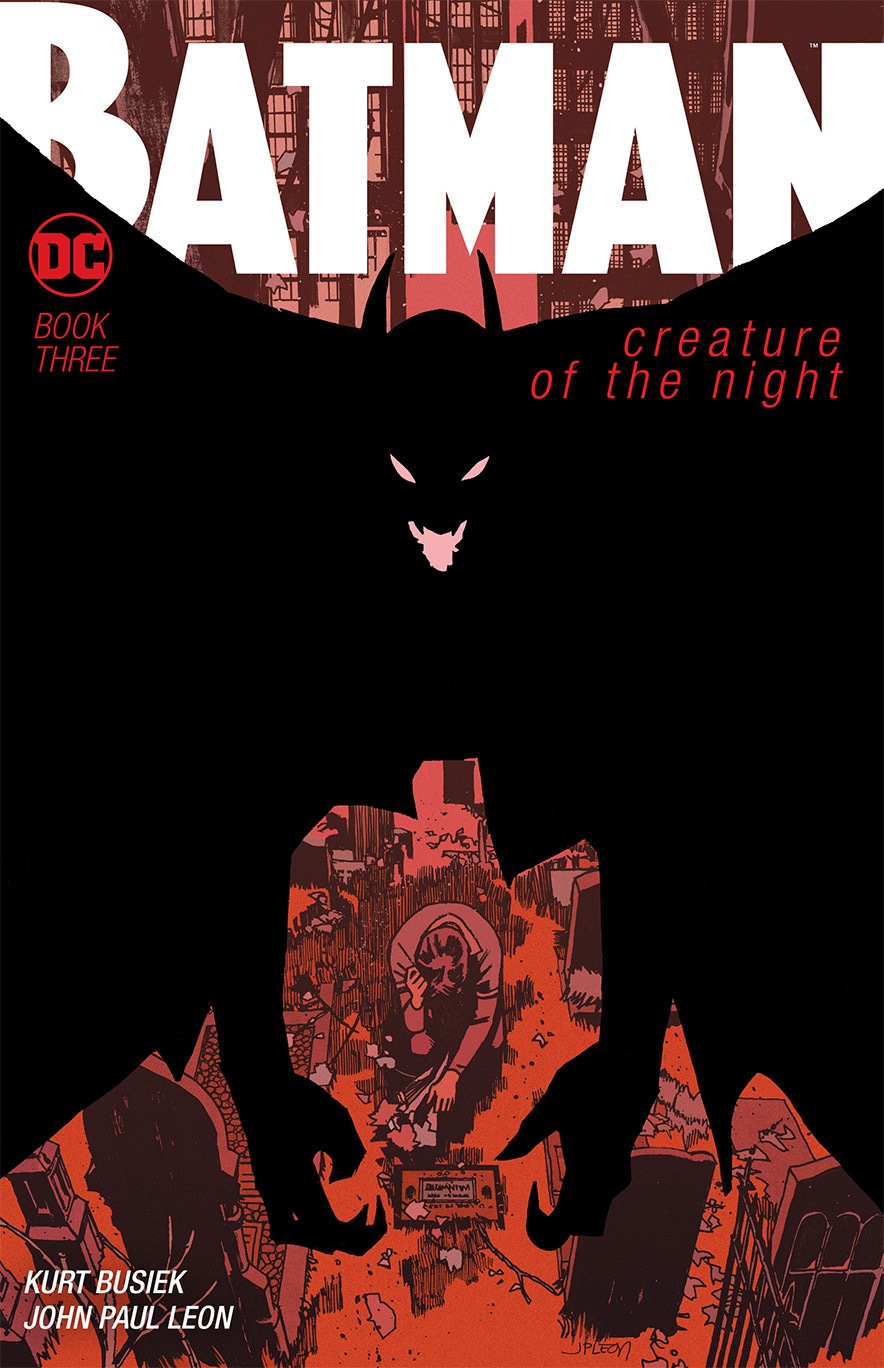 It took almost four months but Batman: Creature of the Night #3 has finally arrived. A four-month wait could be frustrating but a creative team like Kurt Busiek and John Paul Leon manifested 50 pages of pure comic book magic. The story follows Bruce Wainwright, a young Batman fan connected to the character first through the phonetic similarities between their names. The connection darkly deepens when his parents are violently murdered in a robbery. His life takes a turn towards the mystical when a mysterious, Batman-shaped entity manifests as his protector and champion. Initially the spirit seems to be a pure force for justice, taking down criminals, while Bruce’s life seems magically touched. Bruce then learns that his companion has been sabotaging competitors and hurting those would inhibit his success. This issue follows an older Bruce, years after discovering the morally dubious actions of his Bat-Spirit. While able to maintain control and prevent the mistakes made before, Bruce is disheartened by his inability to make the city safer. This portion of the story amusingly made me think of One Punch Man. Bruce, like Saitama of One Punch Man is an invincible hero in a city continuously plagued by monsters. Both realize that despite their overwhelming power, their actions have little impact on the city’s plight.

Batman: Creature of the Night continues a very well crafted narrative that pinpoints relatable sections of Bruce Wainwright’s life. The first issue: innocence and tragedy. The second: naive optimism. The third: frustrating pragmatism. The change between the second and third book capture the common shift in outlook from a late teens/ early twenties idealism to a late twenties/ early thirties cynicism. This latest book will particularly resonate with the older millennial crowd crossing that “30” threshold.

This book is a creative masterpiece. Kurt Busiek continuously displays his storytelling expertise. John Paul Leon delivers a delightful, 80’s aesthetic to the book. The character designs, landscapes, and action scenes continue to deliver a unique display of mastery unlike any other book I’m reading today. I’ve said it before and it continues to be true. This is the sort of book that sets the standard for top tier work.

Reading Batman: Creature of the Night? Find BNP’s other reviews of the series here.